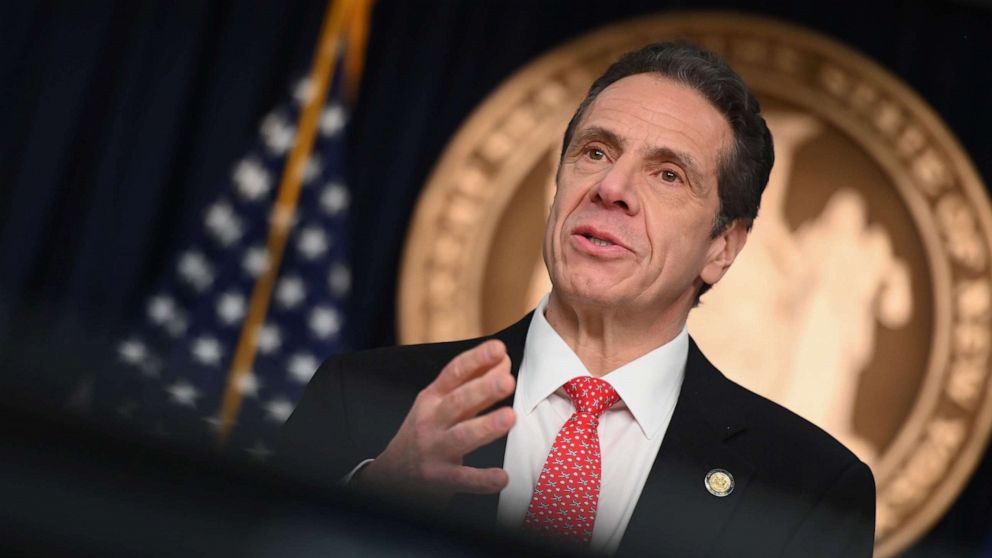 A New Yorker's view of Cuomo and his policies and actions

Due to recent sexual assault allegations and Covid-19 issues in New York, the state’s governor, Andrew Cuomo, has been under an extreme amount of hate and backlash. It has only been three months into 2021, yet Cuomo has already had four major scandals that he has been confronted with on multiple occasions. In the beginning of March 2020, New York went into a panic, as Covid-19 was spreading rapidly statewide. With the city quickly becoming a hotspot for the pandemic, NYS was shut down within a few days of its first reported case. By April 10, 2020, New York held the title of the world’s highest number of Covid-19 cases, striking even more panic among the general public. There were daily briefings coming from Governor Cuomo, trying to insure the public that the spread was under control, but ended up receiving backlash when he had a large party in his mansion in Albany in June 2020. He was consistently called a hypocrite, being called out for his wrong-doings during the pandemic, including the lies about protection of nursing home residents within the state and showing a slight bit of nepotism with giving his family Covid tests before anyone else in the state. Fast forward to 2021 and now the Governor is facing multiple sexual harassment allegations against him, causing server issues for him with hopes for being re-elected in 2022.

Issues with Cuomo began when the pandemic started rapidly spreading throughout the state and he took his time to shut everything down to insure the safety of his people in New York. However, arguably the most controversial decision that Cuomo made was when he told nursing homes that they were required to accept people in their facilities, even if they tested positive for Covid. This decision was the beginning of Cuomo’s downfall and the hate he began receiving from New Yorkers because residents in nursing homes began getting extremely ill, but the governor decided to hide these facts from the public. Due to overpopulation in hospitals, he needed somewhere for patients to go, so nursing homes was his “best solution” even though it was being proven at that point that the elderly were especially at risk for the virus. According to an article by Stat News, “The Democratic state attorney general published a bombshell accusation that the administration undercounted nursing home deaths by more than 50%.” Cuomo’s administration also hid the fact that over 9,000 Covid patients were transferred from hospitals to nursing homes within only two months, which caused an outrage among New Yorkers. Despite receiving anger from the public, Cuomo stands by his policy to transfer patients from hospitals, but was later called out by the Trump Administration for poorly handling the pandemic in his state, among other Democratic states. Governor Andrew Cuomo hid crucial information from New Yorkers, causing the state to perish from the extreme amount of Covid cases reported. As of March 2021, New York State is within the top three states of highest Covid-19 deaths and reported cases. Now, just as New York is starting to get everything under control, there are now allegations against Governor Cuomo for sexual harassment.

In the recent months, up to six women have come forward, saying that they were sexually harassed and touched inappropriately by Cuomo, adding onto the tension between him and New Yorkers. Many of the victims claimed that there was a lot of inappropriate language used by Cuomo during their interactions, making them extremely uncomfortable. Then he continued with some of the women by kissing them or touching them to the point where they almost had to push him off. When confronted by news sources, Cuomo denied all allegations, saying that everything that he said was, “...misinterpreted as an unwanted flirtation,” according to the Northeast Public Radio. He vaguely apologized for making all of his former employees uncomfortable, but almost downplayed their claims, saying that they were overexaggerated unfortunately. Cuomo stated that he never wanted to make any of the women feel uneasy around him, but many in his administration are worried about how these allegations will affect his re-election in 2022. Many are saying that Cuomo should resign, but he wants to push forward in “choosing someone” to investigate the claims, which some are mad at because he should not get to choose who reviews the case. All of the new issues that are facing Governor Cuomo are causing New Yorkers to have extremely strong and harsh opinions on him.

Following up on the sexual harassment claims, several polls were launched in the beginning of March 2021 to get a pulse of the general public in NYS, regarding the resignation of Cuomo. Shockingly, the votes were almost equal whether people thought it was best for him to resign or not, while some were actually unaware of the situation. From the Quinnipiac University, they found in their polls that “...55% of New Yorkers believe Cuomo should remain in office while 40% believe he should resign.” The governor is on really tough terms with the people of his state because a large percentage don’t want to see him run for re-election next year due to the issues he caused to the state. In regards to the nursing home deaths, ¾ beleive that all of the blame was to put on Cuomo, especially how he lied to the people and government when reporting the death toll. It was widely seen as unethical and people were outraged because they felt betrayed by their governor, as it is his responsibility to keep his society safe. Looking over the polls, it seem as though more people are angered by the lying and handlnig the nursing homes during the pandemic, rather than the sexual harassment claims. Overall, it is easy to say that many New Yorkers are disappointed in how their governor has provided for them over the past year, especially with his new allegations that further tarnish his character.

Governor Andrew Cuomo of New York needs to take a step back to evaluate the extent to which his decisions are affecting the public of NYS and how they see him as a leader. From the betrayal during the height of the pandemic in the state, to the inappropriate conduct that he has been accused of, New Yorkers are disappointed. Will Governor Cuomo decide to change for the sake of New York? Will he finally sincerely apologize for his mistakes? This is all up to him in the long run, in hopes to gain back the trust of his New Yorkers.

Hi, my name is Samantha Parker and I am a 16 year old from Upstate New York! I am currently a junior in high school and I am extremely involved in clubs such as Key Club, H4H, MHS, SNH, and outside of school I enjoy going to the gym and snowboarding. I am right leaning, especially economically, and believe that the government needs to be more confined in order to function to its fullest potential.