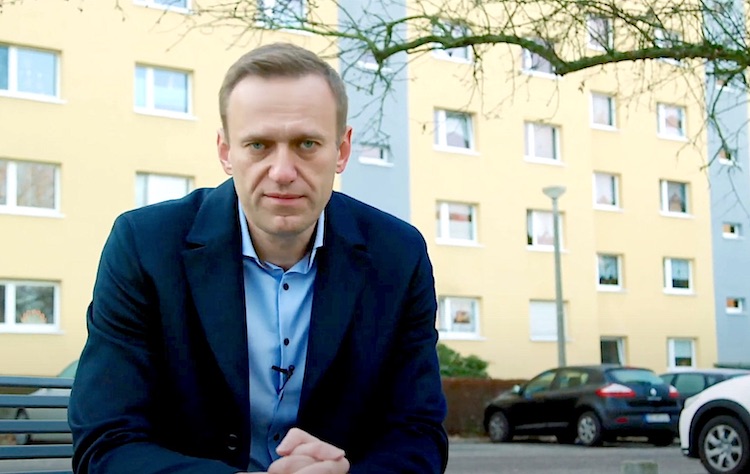 Alexei Navalny is a Russian anti-corruption activist and the main thorn in Vladimir Putin's political side. The opposition-leader turned target of a failed assasination attempt made his grand return to Russia on January 17th after receiving treatment in Germany for nerve-agent poisoning last August. Upon his arrival, he was promptly arrested and on February 2nd, he was sentenced to two and a half years in prison for violating his parole. In case this is not inherently obvious, Navalny's arrest and sentencing has little to do with him violating parole in order to recover in Germany from an attempted assasination and has everything to do with the growing threat he poses to Putin's 22 year iron grip on the Kremlin.

However, in a completely unsurprising turn of events, arresting the incredibly popular anti-corruption activist didn't help Putin's popularity. Instead, it sparked massive protests in support of Nevalny, making Putin's political headache significantly worse. Now, if Putin and the Russian government keep Navalny imprisoned, his supporters and their message will only gain popularity and cement him as a martyr. If Putin lets him go, he will be releasing his biggest political threat and displaying what could be interpreted as weakness.

This whole fiasco started last August when Navalny was poisoned (via his underwear, no less) with the Novichok nerve agent and collapsed on a flight back to Moscow. He was taken to Germany for treatment, where he remained until January. Despite multiple tests showing he was poisoned and Navalny himself calling one of his would-be assassins and tricking him into revealing how he had been poisoned, Putin still denies that he was poisoned or that Russia had anything to do with it.

Fast forward to January 17th, Navalny returned to Russia and was immediately arrested upon his arrival in Moscow. At his sentencing, Navalny alleged that the charges were purely political, stating "His main gripe with me is that he [Vladimir Purtin] will go down in history as a poisoner. We had Alexander the Liberator, Yaroslav the Wise, and we will have Vladimir the Underpants Poisoner'' (BBC).  Clearly emboldened by Putin's failed assasination attempt, two days later, Navalny's team released a Youtube video of "Putin's Palace", alleging that a massive, billion dollar compound on the Black Sea was built for Putin. The video has been viewed over 90 million times, and, along with Navalny's arrest, has only further fueled protests across Russia.

Even before the recent events, Navalny had been hailed in the West as a liberal hero for Russia. While his politics are a significant improvement from Putin's-- he supports an independent media, a fair justice system, and free elections-- he is also a Russian nationalist. He has attended right-wing, nationalist marches, including the Russian March, and his political party, Russia of the Future (formerly known as The People's party), is associated with two other nationalist groups: The Movement Against Illegal Immigration and Great Russia. The only benefit to this is that it is quite difficult for Putin to paint him as a puppet of the west when he is a self-described Russian nationalist.

However, this is not to say that his politics are not a significant improvement from Putin's or that his activism thus far is not both meaningful and impressive. Navalny's right-wing leanings aside, he has spent the last 15 years exposing corruption within the Russian government and large corporations. He started by becoming a minority shareholder in major Russian oil corporations including Gazprom, Rosneft, and Transneft which gave him access to confidential information on their activities and helped him expose corporate fraud. Since then, he exposed an embezzlement case at a major Russian bank, VTB. He then went on and published a post on his blog about an even larger embezzlement scheme centering around Transneft, the Russian oil-transport monopoly. Since then, Navalny's tactic of becoming a minority shareholder in order to gain access to confidential information has become known as the "Navalny Method''. However, what makes Navalny even more impressive is that he is not "just a blogger" as the Kremlin often repeats. He transformed his blog into a multimedia presence, with his youtube channel having over 6 million subscribers and his videos regularly attracting millions, if not tens of millions, of views. What's more is that he does not operate alone. While he is often portrayed as the lone figure fighting against Putin's regime, he has built and created an expansive network of allies and associates to help him in his investigations and exposés.

His popularity has only increased as he has antagonized Putin and his "party of crooks and thieves'' ( as Navalny likes to call them). In 2013, only 41% of Russians knew who Navalny was, but in 2020 that number was up to 82% (Gorokhovskaia 2021). Despite his attempt to run for President in 2016 being foiled by the Putin political machine, he has changed the course of Russian politics. In a country where the media is heavily controlled by the government, the fact that Navalny has become such a prominent figure speaks to a greater shift in Russia's political landscape. Navalny has used his nonexistent presence on state-run media to completely control his narrative and build up a multimedia presence of his own that uses his sarcastic and clever persona to attract millions of viewers. The large scale protests his arrest triggered indicate that Putin's control over the Russian people is waning, and as younger generations begin to make up more of the working and voting population, the pressure on the Kremlin will continue to mount.

Ignatius, David. “Opinion | Even from Prison, Navalny Is the Most Potent Political Threat Putin Has Ever Faced.” The Washington Post, WP Company, 27 Jan. 2021, www.washingtonpost.com/opinions/global-opinions/even-from-prison-navalny-is-the-most-potent-political-threat-putin-has-ever-faced/2021/01/26/3bba73c2-601d-11eb-9430-e7c77b5b0297_story.html.