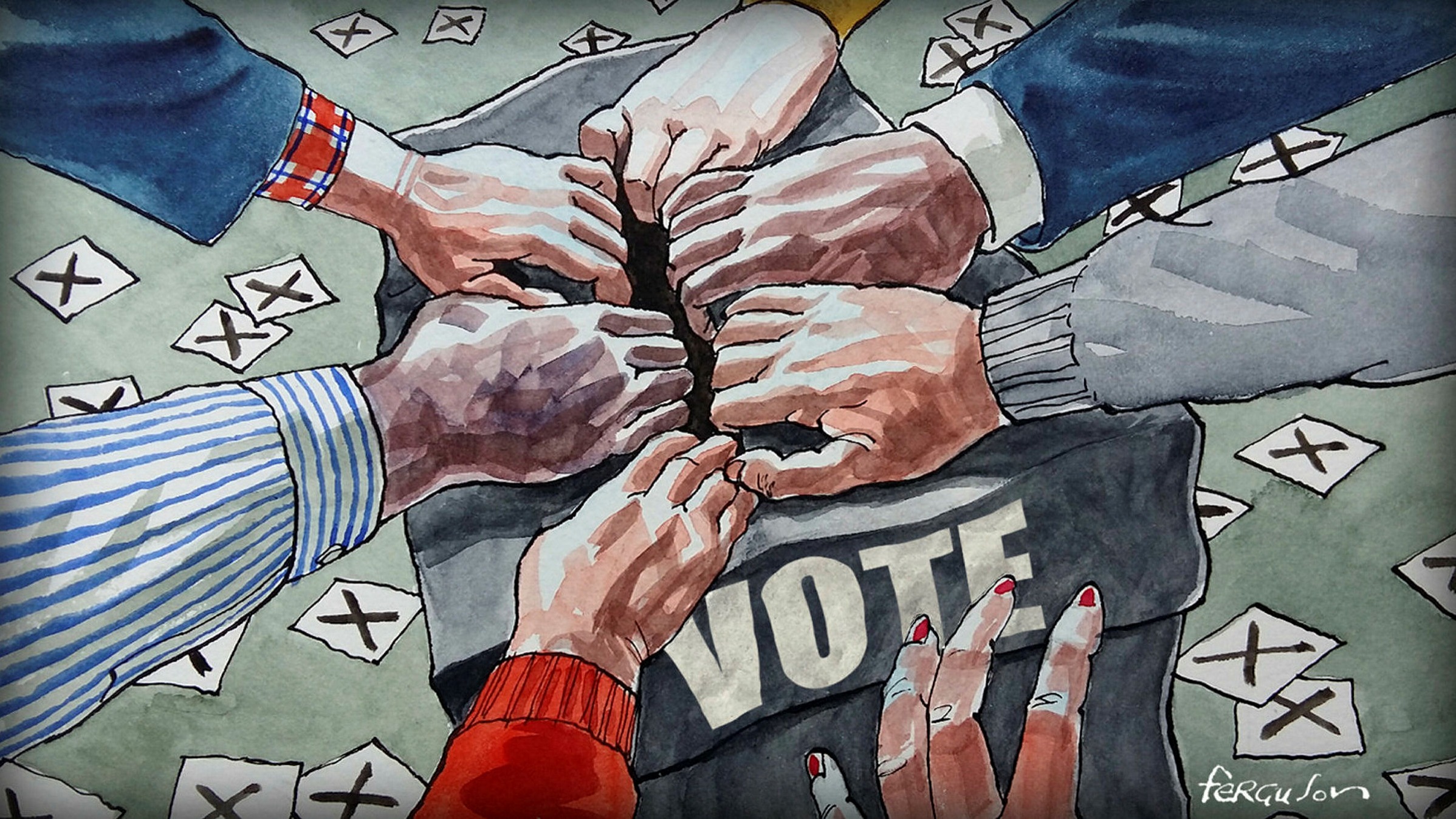 Everywhere I go these days, people are talking, writing, and podcasting about America’s lack of trust — how people don’t trust the government and don’t trust each other. Former President Trump discouraged the American people from trusting anything, especially the media. This fundamental lack of trust is eroding the shared public space where progress — and even governance —  can happen, and is putting democracy at risk.

How did we get here? Perhaps it’s because as Americans, we have taken our democratic way of life for granted. Perhaps it’s because people’s individual and collective beliefs are more polarized — and more out in the open — than ever before. Perhaps we’ve stopped believing we can solve problems together. Perhaps, we’ve lost a connection we once held with elected officials and the candidates.

Over the past 244 years, we as a nation have grown more diverse and inclusive. To govern is as hard as the founding fathers imagined. Enlarging the “who” makes it even harder. We’re a long way from solving the problem of voter suppression. Jefferson, among others, suggested the answer lay in education. But learning “about” democracy is probably even harder than learning “about” baseball — if the purpose is something other than properly answering a test question. You can’t learn to be a good baseball player if you’ve never seen it in action. Ditto for “playing” a democratic republic. We need “apprentice-citizens” gradually introduced to democracy until they reach 18. Getting children civically engaged in our schools, encouraging nonpartisanship, and nurturing the virtue of listening to both sides of the argument.

Unlike with members of Congress, citizens can form real relationships with local leaders through events like “walks with the mayor” and neighborhood cleanups. Some mayors do even more to connect with their constituents. In Detroit, for example, Mayor Michael Duggan meets with residents in their homes to help solve problems and answer questions in person. Many mayors also join in neighborhood projects. San Jose Mayor Sam Liccardo, for example, participates in a different community cleanup almost every week. Engaged citizens who participate in these activities are more likely to feel that their participation in democratic society is valuable and effective.

Representative democracy is based on a simple premise: it's that ordinary citizens can make satisfactory judgments on complex public policy and political issues — or at least grasp them well enough to decide who should be dealing with them.

Although,  the significance of that premise isn't simple at all. It means that our country's future depends on the quality of democratic participation by its citizens. Collectively, we have to make discriminating judgments about politicians, policies and issues. Not just once, but repeatedly and consistently. Moreover, when it comes to improving our own corner of the world, it means there's no one to depend upon but ourselves.

So, in an era when our democracy appears to be under great stress, what can we do to keep it healthy?

First, we have to protect our elections. It's clear that malign actors want to hack them or use every means they can to influence them. In the past we tended to assume that our elections were free, fair and accurate, but 2020 showed us that we can't take that for granted any more. This also means ensuring the independence of the judicial branch, which is critical to protecting the integrity of elections against the encroachment of authoritarian-minded leaders and manipulative politicians. We must also protect the media and sources of fair, unbiased information that citizens require when making their judgements about politicians and their policies.

Second, we need to work on expanding our democracy in appropriate ways and on fighting off efforts to restrict the vote, with 47 states across the country actively trying to suppress voters. As of March 24, legislators have introduced 361 bills with restrictive provisions in 47 states. That’s 108 more than the 253 restrictive bills tallied as of February 2021, a 43 percent increase in little over a month. Democracy and the right to vote are under attack in our nation.

As a country that invades other nations with the goal of spreading democracy, it’s hypocritical of us to undermine it in our own homeland. As Americans, we pride ourselves in our democractic ways, but we continually let voter suppression laws pass around the nation.

Third, keeping money's role in elections within bounds is crucial. This means creating grassroots campaigns and having community organizing. Furthermore, keeping corporate lobbyists out of congressional hearings and much more. This is where organizations that urge their members to turn out to vote come in. They have an important role to play, both in boosting turnout and in building networks focused on democratic participation. They're all "special interests," of course, with their own agendas, but that's what it means to live in a pluralistic society. The more different groups are active, the more diversity you get in office and the better the representation you get for the entire population.

Individual participation also matters, which is why civic education is vital. I don't think we talk about the achievements of representative democracy enough, or celebrate its heritage, or remind ourselves not to become complacent about what it takes to sustain it. In essence, I think we need to always be mindful about how we teach and encourage people to participate — through efforts to educate and register voters, through citizen-led advocacy, through neighbors getting together to change the speed limit on their road or fight groundwater contamination. It all matters. And, of course, we need a robust and independent media, using every available platform, that pushes the idea of democracy and promotes free speech, public dialogue, voting and all the rest of it. We hold the power to elect our lawmakers, and it’s time to start holding them accountable.