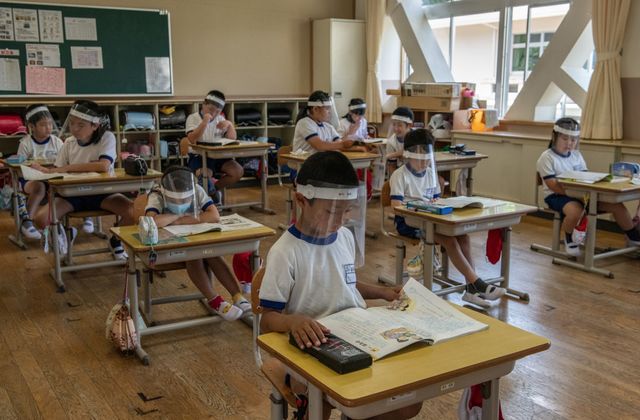 An Abundance of Caution: The Illogical Persistence of Covid Restrictions

If there’s one thing that has characterized the world’s many differing responses to the COVID pandemic, it is goalposts that are constantly moving, just beyond reach. No where is this more prevalent than in the United States, with federal guidance and state policies constantly changing as to what would constitute a full reopening when metrics or scientific consensus threaten the previous goal. Even as states slowly move towards reopening, multiple questions persist. How did we get to the point where we are today? When was it safe to, or when will it be safe to reopen fully? And what will be the next goal, roadblock, or expected metric that hinders our march towards a normal society?

One message that was continuous throughout the beginning of the COVID-19 Pandemic was “Flatten the Curve”. Essentially, this policy seeks to mitigate the spread of a virus to prevent hospitals from overflowing. As epicenters like New York City approached their peak in April, drastic measures were arguably necessary to limit the amount of devastation on the healthcare system. But as the world slowly emerged from a painful spring, and hospitals in the New York area reached baseline lows over the summer, many practices remained restricted.

Narratives and goals seemed to shift, and instead of focusing on protecting the vulnerable, the approach seemed to favor treating everyone with equal protections, economy be damned. An approach that had been desperately floated by some is the relaxing of restrictions on those under 65 and without comorbidities, while placing more vulnerable populations on stricter measures until herd immunity is reached among the healthy population. This approach isolates measures for specific groups depending on their risk level, allowing for minimal overload on hospitals while getting the economy back in gear and a large percentage of the population immune to the virus without adverse effects. Of course, this approach wasn’t taken, and instead governments continued to push forward with a one size fits all policy, taking the focus off of preventing a healthcare overload and instead focusing on preventing as many infections as they possibly could.

The methods in which states went about preventing these infections, however, resulted in the restricting of activities that resulted in extreme economically detrimental effects, and did little to prevent inevitable waves. As cases rose over the fall despite clamping down on 'clusters' that grew too infected and the continuation of distancing, masking, and capacity restrictions that had been commonplace since states reopened, it was clear that a winter wave was inevitable. A seasonal effect was becoming apparent, as cold, dry weather and indoor spaces were the major culprits behind a wave of COVID that wasn’t brought on by an increase in mobility or a relaxing of restrictions. This is further supported by the fact that a Summer rise in cases in the Sun Belt was likely the result of HVAC systems spreading the virus as people moved indoors to escape the sweltering heat in states like Texas, Florida, and California. Furthermore, certain industries targeted for closure over the winter were found to have little contribution to state and national case totals, while household gatherings did.

The restrictions placed on businesses such as restaurants and institutions such as schools, even after this data was made available, shows the detrimental attitude of state governments and a failure to properly address risks. These restrictions contributed to the first decline in U.S. jobs since April, mostly concentrated in education and food service, and the closure of more than a quarter of small businesses. These serious adverse economic effects, among others, were being, and to an extent still are being created despite affected industries contributing little to the spread of COVID when they are open and operating. If those businesses hadn’t been restricted during the winter surge, infections and deaths would have remained at a similar level while preventing the untold economic devastation and hindrance of progress that resulted from restrictions. As our understanding of the virus and our logical weighing of risks and inevitabilities evolves, so must our policy to stem the spread of infection.

After the winter, everything changed. The saving grace was here, America had two safe and highly effective vaccines that could be quickly produced to cover our population. If the goal was simply to flatten the curve and reduce the burden on the healthcare system, the economy, and people’s social and mental health, society should have been open long ago, after those at risk had been given ample time to get vaccinated. Despite logic dictating a justified reopening, the goalposts for what warranted reopening shifted again. The facts that would warrant a reopening came from the State of Michigan. Despite seeing a surge near-equal in size in terms of infection to the one they saw over the winter, the Governor, known for her tendency to be restrictive when it comes to COVID-19, affirmed that she would not issue any new mandated restrictions. Despite a continued trend in upward social mobility, not only did Michigan’s case counts fall steeper and quicker than they did in the Winter, but they also reported far lower totals of hospitalizations and death despite their Winter and Spring waves being similar in size in terms of raw infection. This was expected, more than 70% of Americans 65 and older nationwide had gotten vaccinated at the time of the wave, a group which constitutes 80% of the COVID deceased.

Even though we could have opened up fully once the vulnerable were protected at high rates, many states did not. The few that did proved that the country won't see another wave of infections. States that threw open the gates saw a small bump in infections that was driven back under control by vaccines and natural immunity, even in states that have been fully open since the tail end of the winter surge. This proves the rarity of a case like that of Michigan, but even when one slips through the cracks due to an unfortunate chain of events, vaccines will catch the fall and prevent hospitalizations and deaths en masse even when no new restrictions are enacted.

As vulnerable and critical populations became vaccinated, the new game became herd immunity. Dr. Fauci and the CDC began continuously and deliberately fabricating the threshold that would constitute herd immunity and allow for a safe reopening. The arbitrary numbers became the gold standard for millions of citizens and many states as metrics for getting back to normal, even as the goalposts shifted and cases steadily decreased nationwide following an increase in vaccination.

From then, the focus shifted towards children and variants. Circulating variants of COVID were used to justify the extension of restrictions and a continuation of fear. The lack of vaccinations in children was used to justify extended restrictions on them and the population as a whole, with fear of variants that could have a more adverse effect on children, and new variants originating and circulating in children. Why should a fear of variants prolong our suffering, when vaccines have been proven to work against them? When it comes to the circulation of the virus and variants in children, nothing should justify an extension of restrictions to protect them. As the adult population reaches large amounts of immunity, a lack of transmission windows means that very few kids get COVID to begin with. Not only this, but for vaccine-ineligible children, COVID is no more severe than the seasonal flu. Do we upend our children’s lives during the flu season? If not, then why during this phase of COVID do we assert restricting their access to schools, social interactions, and seeing people’s faces despite the long lasting psychological, emotional, and social reverberations that result from it?

Despite the low risk that children face from COVID, and the low risk facing the adult population at this time, the CDC still maintains a large list of restrictions on child’s play and summer camps, one that “sucks all the fun” out of childhood. These restrictions will more than likely contribute to a continued upshoot in depression and other mental health problems, that, especially among young people is leading to deaths by suicide and overdose. The question is, which public health crisis are we going to weigh the risks properly on? Continued restrictions to prevent COVID at a point in time when COVID will not cause another surge in infection is contributing to untold mental destruction, as is media-provoked division and fear. We need to weigh these risks properly, and conclude that it is less of a risk to our nation's youth to let them play without restriction after 15 months of mental and social hemorrhaging during the time of their life that they need to be connecting most.

The key to combating COVID is a balance between public health measures and supporting the institutions negatively impacted by them. This balance has rarely been reached during the pandemic, and goalposts are constantly shifted to ensure a delayed return to normalcy, always out of reach. Real world logic and data has proven the country’s capability to allow people to live their lives, yet state restrictions that seem to never end and cautious personal behavior dictate the economic, mental, and social well beings of hundreds of millions nationwide. We have had the capability and the opportunity to fully reopen for a while now, but when will we actually take the leap?