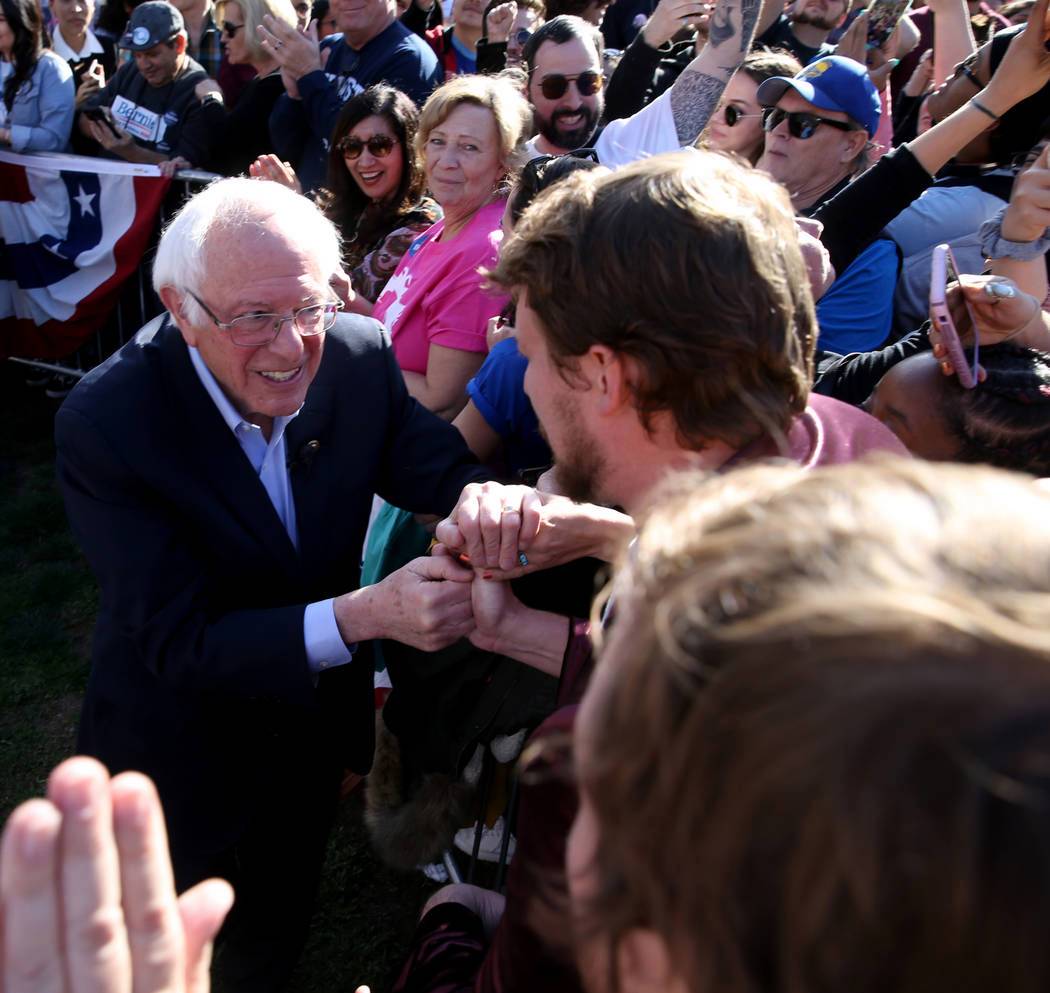 While several moderate Democrats accused and blamed progressives like Alexandria Ocasio-Cortez for the loss of 12 seats in the House of Representatives and the Warnock/Ossoff ticket being the deciding factor for the fate of the Senate, all House Democratic candidates in swing districts who endorsed Medicare for All had won their races, with none of the incumbent Democrats who lost their reelection supporting it. In addition, only one of the 93 co-sponsors of the Green New Deal lost to their challenger. This brings up the question: Are progressive ideas actually popular? Did progressives actually win last year?

Throughout the campaigning process for the 2020 election, Republicans focused hard to smear and misrepresent their Democratic opponents using terminology like “socialism,” “radical,” and “defund the police” to define them. One would think that these more progressive policies only appeal to the younger generation of Bernie Sanders and Elizabeth Warren supporters. But, newer research conducted reveals surprising results.

An Ipsos poll showed that, in 2020, 46% of Republicans and 72% of Democrats would support a universal basic income of $1000 per month (some may remember this being a distinctive characteristic during Andrew Yang’s candidacy). A study by Pew Research Center indicated that a majority of Americans, and especially lower class Republicans, agree with raising the minimum wage to $15 per hour. Even in the battleground state of Florida, which went to Donald Trump in 2020, passed this same measure on their ballot with 61% of voter support. On Election Day, Fox News aired results of their voter analysis exit poll. One finding was that 72% of participants either somewhat or strongly favor a government-run health care plan, with 29% in opposition. Another 72% of viewers responded that they are somewhat to very concerned about climate change’s effects, having 28% disagreeing. Finally, 70% favor increasing spending toward renewable energy, with 31% against it. Results to other questions summarized that a majority of respondents want the government to do more, think racism is a serious problem in the U.S., support a pathway to citizenship for illegal immigrants, and want the Supreme Court’s decision in Roe v Wade to be left as is. A poll by Student Defense, the Defend Students Action Fund, and Data for Progress revealed that 67% of those who participated “support some form of widespread student loan forgiveness - whether it is universal, tied to income, or based on specific program eligibility,” with 58% of Republicans among that support (Forbes).

With polling so alarming and seemingly contrasting from what many would believe, we witnessed some of the fruits of progressives’ grassroots efforts. New Jersey, Arizona, Montana, and South Dakota passed “marijuana for recreational use.” Both Arizona and Colorado voted to increase taxes on the rich as a means to fund education. Statewide and locally, numbers of ballot initiatives set to tackle policing and incarceration received great support, such as the restoration of voting rights for felons on parole in California and an amendment to limit police power in Michigan.

These victories that took place in last year’s election show that these views, all the while being considered radical by some, are truly popular. People agree with these policies regardless of political affiliation or ideology because of its morality and dignity to humanity. Remember that Donald Trump had appealed to so many Americans by promising to “drain the swamp” and characterizing himself apart from career politicians. From this we learned that the usage of collective pronouns and the idea of being “for the people” work across party lines.

This election has helped us see that progressive views are more popular than previously anticipated. Polling revealed that even Republicans are accepting of a $15 per hour minimum wage, citizenship for undocumented immigrants, and investment of clean energy — and we’ve even seen a surge of moderate Democratic candidates show support for those proposals. Although those same people bashed eliminating private health care and instead vowed to strengthen Obamacare believing it would be more electable, every Democrat incumbent who co-sponsored Medicare for All snagged a victory, including those from Republican-leaning districts. However, it should be mentioned that the last time a Democratic candidate who supported Medicare for All lost their reelection bid was 10 years ago. In an interview with New York Times, establishment Congressman Conor Lamb (D-PA), who won his reelection, stated that opposition to the Green New Deal and Medicare for All is what “separates a winner from a loser in a [swing] district like [his]” (New York Times). His claim was refuted in an article by Common Dreams which reviewed all 147 swing districts that flipped from Republican to Democrat since 2002. All 12 Democrats who co-sponsored Medicare for All won reelection, while 30% of the 135 moderates who did not ended up losing their reelection the next time. They claimed that this evidence shows “that there is a real appetite for progressive, anti-corporate policies among the U.S. public,” even in battleground areas (Common Dreams).

The polling conducted, initiatives passed, and election results tell us that most Americans believe in the values politicians like Bernie support. Now that we know this, Democrats need to work more on compromising with progressives going forward. These voters played a big role in Joe Biden’s victory over Trump, and it’s sad that Democrats prioritize bipartisanship with the GOP over other members of their own party. There’s no proof that loaded terms like “defund the police'' weaponized the party in 2020. Instead, we could blame groups like the Lincoln Project, a coalition of “Never Trump Republicans,” that critics have said pushed more people to the right rather than successfully persuading them to vote for Biden. At the end of the day, it must be understood that the centrist Democratic party must embrace modern-day progressivism to keep control. In 2020, they ran on and barely won by attacking Trump’s character more than interesting voters with policies. This movement of going farther left is gaining momentum. We’re seeing that these ideas are supported by people of all backgrounds, so now is the time for them to give in.

What Election Day Revealed About Progressive Policies - The American Prospect

The Democrats Are Blaming the Wrong People - The Atlantic

Conor Lamb, House Moderate, on Biden’s Win, ‘the Squad’ and the Future of the Democratic Party - The New York Times (nytimes.com)

Opinion | No Co-Sponsor of 'Medicare for All' Has Lost Reelection in the Past Decade (Even in GOP-Leaning Districts) (commondreams.org)