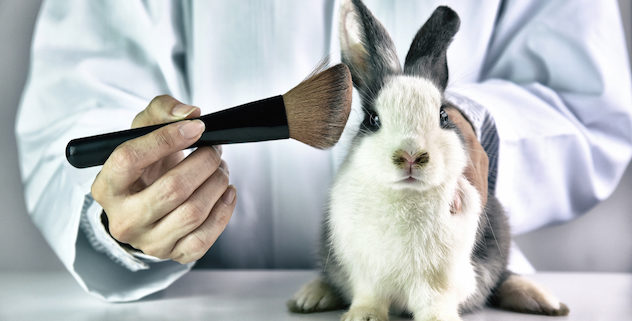 A long debated subject regarding the ethical treatment of animals is commercial and scientific testing that exploits them. While some companies are definitely exploiting animals when unnecessary, animal testing is absolutely necessary for some crucial scientific achievements and commercial products in order to deem them safe for human use. Obviously, testing must remain humane and necessary, but the practice is crucial for many scenarios and must be kept.

Take scientific testing, for example. The key to begin the end of the COVID-19 crisis was, and still is, vaccine development tests on animals. According to the National Center for Biotechnology Information, “Animals are used in all the stages of research, development, production, and quality control of vaccines...Safety studies, tests for route and dose of administration as well as formulation, among other aspects… Animal models are of paramount importance in different aspects of vaccinology, such as analyses of the mechanism, route, and transmission of the disease, the host immune response to infection and vaccination, and the duration of induced protection. The development of novel concepts, such as mucosal, maternal, in utero, neonatal, and elderly vaccination, and the exploration of new vaccine technologies, including delivery systems, are among the important aspects highly dependent on the use of animals in the research stage.” Animals are imperative to the study, creation and improvement of vaccines in humans. Without animal studies, there is no doubt that the vaccine creation process would be far riskier, longer and costlier than it is today. Although there could be an approval of a COVID-19 vaccine by the end of this year, we could have to wait far longer, thus resulting in thousands of preventable deaths.

One positive thing about the animal trials for COVID-19 vaccines is that they were cut down to the bare minimum. Previously, animal trials were incredibly inefficient and lasted many years. Vaccine trials with this current vaccine were shaved to what is absolutely necessary, proving that animal trials are necessary in some capacity to ensure basic safety and functionality before they are tested in humans.

Animal testing is crucial for many other things too. It is especially useful in deciphering instincts, behavioral patterns, neurobiology, evolution and societies. Researching, testing and experimenting with specific animals can teach us about our own evolution, biology and instincts. They can also teach us about that specific species and both its past and future. Without animal testing, we would be unable to understand so many connections and patterns we know of today.

Animal testing has, less importantly, commercial applications as well. The FDA strongly recommends the use of animal testing if necessary in commercial products such as cosmetics: “Animal testing by manufacturers seeking to market new products may be used to establish product safety. In some cases, after considering available alternatives, companies may determine that animal testing is necessary to assure the safety of a product or ingredient. FDA supports and adheres to the provisions of applicable laws, regulations, and policies governing animal testing, including the Animal Welfare Act and the Public Health Service Policy of Humane Care and Use of Laboratory Animals.” The FDA says that animal testing may be deemed necessary for the manufacturers to ensure safety. The FDA also ensures that animals will be treated fairly and in accordance with various animal treatment and ethics codes. This is how it should be. Fair treatment of animals should be the top priority when conducting these tests and experiments. And, companies are pressured by the government into making sure that it is their number one priority.

In a perfect world, we would not need animal testing in any capacity. Then again, we would not need vaccines or cosmetic products either. Unfortunately, we live in a world that needs diseases to be effectively prevented and a world where people are unsatisfied with their looks; thus, demand for these products exists, and in order for them to be safely produced and effectively distributed, they must be humanely tested on animals. Much of what we take for granted are in some way tested on animals. Abruptly taking that away would eliminate many of these things, especially those in the hygiene, biomedical and cosmetic fields. It would be a huge and impossible undertaking to reimagine a world with absolutely no animal testing. As it stands, we need animal testing to safely propel our society both in the past and in the future. This is an irrefutable fact.

Instead of focusing on the revoking of animal testing, we should advocate for better treatment of the animals in product and biomedical testing facilities. We should cooperate with testing animals to create a better world for humanity and other species. When this is done, you see that animal testing is not just okay; it is necessary to our survival.