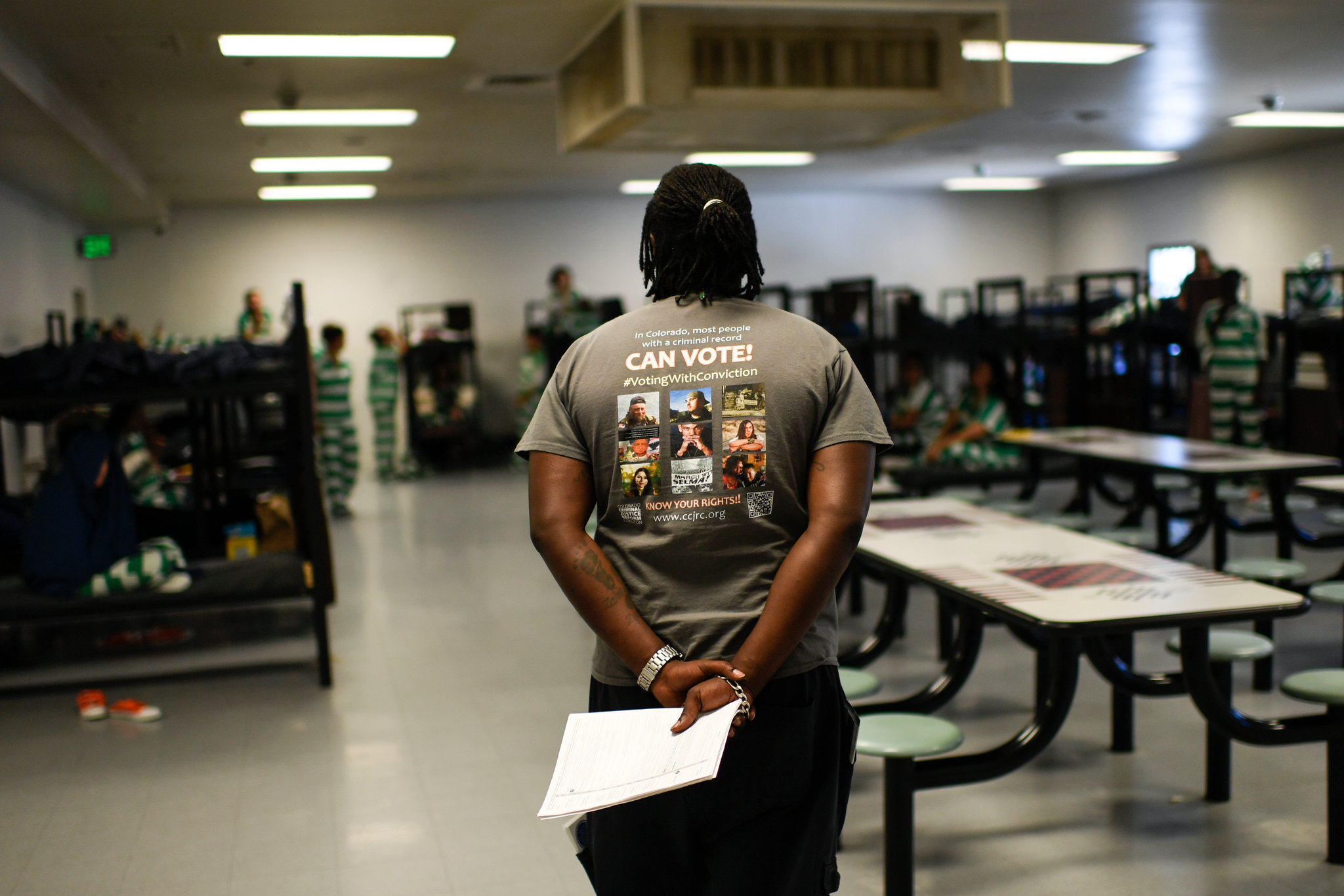 By
Evan Joseph Doerr
on
May 2, 2021
Category:
National Policy

Every election year, the same trite expressions are echoed throughout the country, urging citizens to participate in their representative “democracy.” However, what is said for those that have no say in the discussion of national policy? For those that are barred from the ballot boxes? These people have one thing in common; they are incarcerated.

In the United States, one cannot carry a political discussion on the history of electoralism without encountering the restrictions on who has the power to participate in their own country. First, it was white men that owned property. As time continued, rudimentary civic participation was granted to more and more groups. Today, previously-incarcerated or presently-incarcerated individuals have lost the power to participate in government, yet with little public attention to the issue.

What I will attempt to demonstrate in this paper is a condensed look at the identities of the incarcerated individuals and explain how this hinders a proper democratic process. Then, I will attempt to refute rights-forfeiture theory on punishment in terms of suffrage.

There are many nuanced problems with the U.S. criminal “justice” system. My goal is to provide a thorough attack on a core issue- disenfranchisement. To begin, we must first understand the restrictions in place on voting with imprisonment. In 48 out of our 50 states, suffrage is robbed at conviction, the only exceptions being Maine and Vermont. Once you are behind bars for a felony charge, you are precluded from the voting booth. This election cycle, the Sentencing Project estimates 5.17 million citizens have lost suffrage. That is 1/44 of voting-eligible adults. What is absolutely astounding is the impact those voters could have on congressional elections and presidential elections, shaping our nation. Assuming an average voter participation of 65%, that’s about 3.4 million extra votes. When you look at the demographics of these citizens, you notice something rather odd that ties into systematic oppression of minorities. If you look at the estimated number of voting-eligible adults that are black, 1/16 are disenfranchised, 3.7 times higher than the rates for non-black americans. What is even crazier is when you look on a state-specific level, seven states (Alabama, Florida, Kentucky, Mississippi, Tennessee, Virginia, and Wyoming) more than 14% of African Americans lose the right to vote because of these rules, as estimated by the Sentencing Project. This is just one facet of systematic oppression of black people in the United States.

African american people also vote overwhelmingly Democrat in elections on the local, state, and federal level. If we federally allow suffrage for all citizens, this can have a major impact on future electoral cycles. As you increase the number of racial minorities that can vote, specifically black people, you increase support for the democratic party. Over time, you would expect a shift to more democratic views, repositioning the Overton window farther left. However, that is neither here nor there.

In short, prisoner disenfranchisement has disproportionately affected racial minorities, specifically black americans. This disenfranchisement could have major effects on elections and national policy as a whole. You cannot praise democracy without first giving it to every individual that is a citizen in your society.  Now, a common argument against the enfranchisement of incarcerated individuals is based off of the Rights Forfeiture Theory of Punishment. Essentially, the assertion is that an individual has acted contrary to accepted actions, typically laid out as a law code, and can lose certain rights because they have not adhered to this law code. I have transgressed a government by not acting according to accepted law, and therefore I do not deserve the right to participate in such a government.

First, we must examine what would happen if these individuals were given suffrage. The thinking behind Rights Forfeiture Theory is that if these people vote, they will push agendas that will be against national interest. However, there is no evidence that prisoners are more radical than the regular citizens of the U.S.A.. Does going to prison mean that you can no longer judge which candidate in an election has better abortion policy? Does it mean that the person in prison has a lesser-capability to accurately choose the better candidate on taxation? The clear answer is no, being in prison has no bearing on your ability to judge political candidates in respect to the general populous.

Yet, in prison, your position in society changes, as do your interests. I don’t think it's a far-fetched generalization to assume that almost all prisoners would prefer to be free. The thinking from a rights-forfeiture perspective is that these newly-franchised prisoners might vote for politicians that will free them and be more lax on crime, leading to a pro-crime agenda. To see if this conclusion is true, we look to other nations that have given suffrage to prisoners.  In Canada, we see nothing of the sort that is suggested above. Giving suffrage won’t lead to mass crime. On the opposite hand, it seems we will see more prisoners have a voice in prison reform, leading to a better way to reform criminals, rather than extreme punishment. It may also instill a sense of civic duty into the prisoner, stopping complete social exclusion. Another issue with the disenfranchisement of prisoners is that punishments aren’t congruent with the committed crime. A felony charge can range from tax evasion to rape and child pornagraphy. It seems foolish to treat these charges as if they are anywhere near the same degree of evil. In addition, this punishment is arbitrary. It only affects those that are in prison when an election is taking place.

Quite simply, there is no good reason to hold our prisoners away from the ballot box. Disenfranchisement disproportionately affects black americans as opposed to other races. Even when under examination, the ludicrousy of the punishment is beyond evident. Ergo, we must allow our prison population suffrage in the name of “ justice for all.”

Hello, my name is Evan Joseph Doerr. I am currently 15 years old, and I am in my freshman year living in Orchard Park. I’m very interested in politics and philosophy, and I would consider myself a Marxist. I hope to one day become an author and write in both of my preferred fields. Aside from politics, I enjoy playing soccer, debating, and skateboarding.