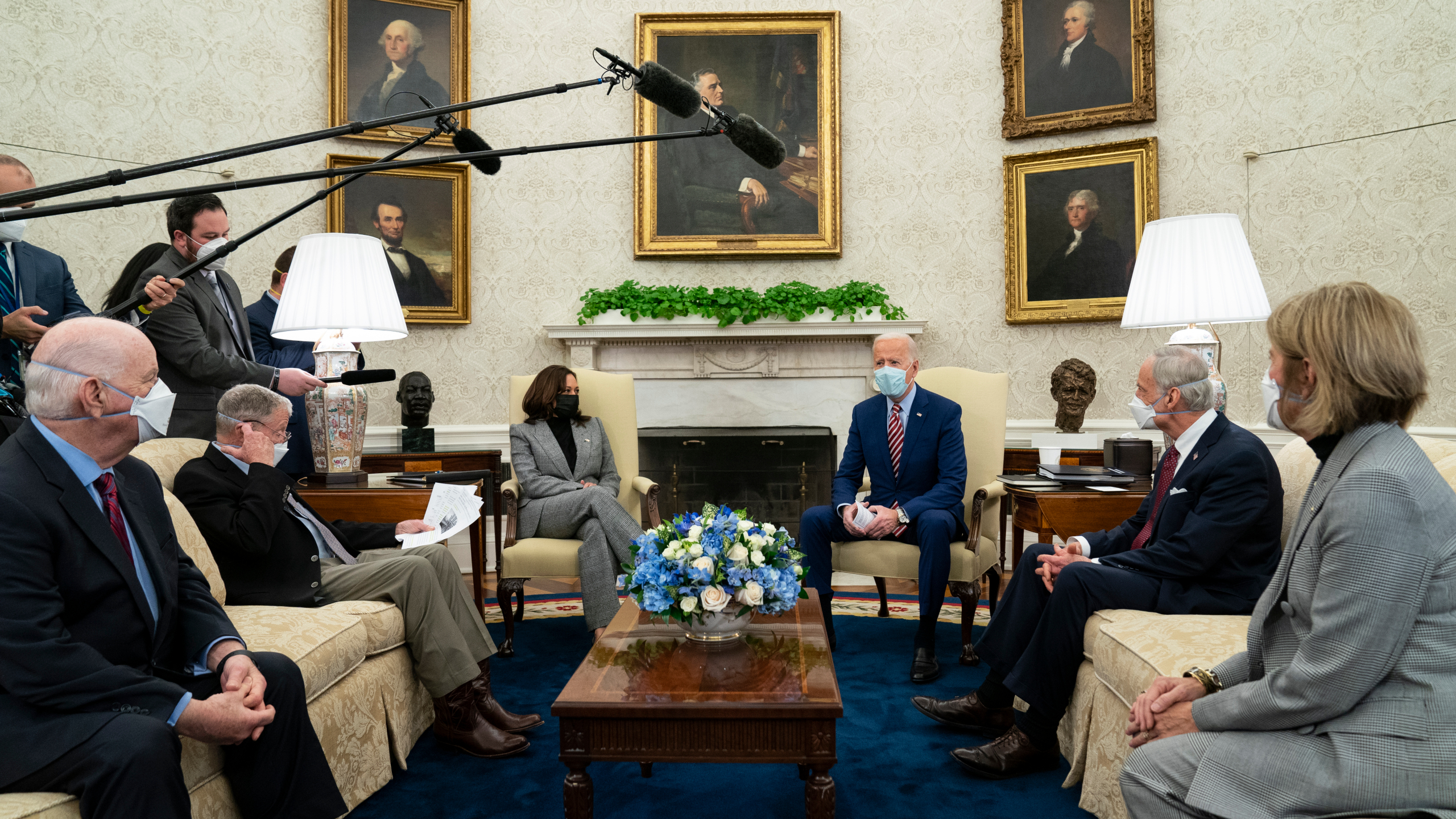 Biden and Infrastructure: How America’s Foundations are Crumbling

On Monday, Feb. 15, 2021, over four million people lost power after a snowstorm began to wreak havoc on both the people and infrastructure of multiple states in the midwest. The failure of power grids was a shock to many, as Texas had long considered itself independent from the rest of the nation and prided itself on being the largest producer of energy in the United States. In fact, oil and gas specifically have large amounts of influence over the state and its politics. The National Institute of Money in Politics found that Governor Greg Abbot has received more than $26 million in donations from the oil and gas economic sectors over the past six years. Even when one disregards the heavy presence of fossil fuel dominance in the state––both economically and politically––there’s no doubt that Texas and its infrastructure failings are representative of a larger problem within the U.S.

It’s no secret that America has a problem with infrastructure. Much of it, while innovative when first created, has begun to crumble after years of ignorance and decades of status quo. As the crisis of infrastructure became ever-more looming in the past years, Democrats and Republicans have failed to agree on the amount of money needed to fix the problem. In 2017, the National Infrastructure Report Card gave the United States a cumulative grade of “D+,” with the highest category being a “B” in rail and the lowest being a “D-” in transit. It's clear, even with the exception of a high rail grade, that the entirety of America’s infrastructure must be improved.

But, why is that? The reason is more global than domestic; the world is quickly becoming more interconnected. After the 2007-2009 financial recession, Brookings reported in 2010 that there was a need by nations to produce sustainable infrastructure in order to maintain a stable economy and hopefully avoid terrible recessions in the future. A decade later, the consensus by economists and other financial experts is still the same: when it comes to increasing global connections and competitiveness for the United States, infrastructure construction is an important part of the solution. The International Monetary Fund identified efficient and strong infrastructure governance as an important part of recovery post-COVID-19, and as vaccines only increase in production in 2021, we’re starting to face the question of rebuilding and how exactly that will occur.

If America cannot fundamentally rebuild itself and help bring back jobs and power to communities domestically, it will have massive global consequences and affect the prospect of American global hegemony in a post-COVID world. A strong domestic front is what allows America to maintain power abroad, and while the presence of American hegemony may be a heavily debated and controversial issue, there’s no doubt that not prioritizing infrastructure will destroy our ability to do any good in the world and help the disadvantaged in our own nation. Much of our infrastructure’s problems come down to a failure to adapt. Roads and highway systems from the 1960s and 1970s are (both structurally and geographically) not suited for a changing America. The inability to change infrastructure also means that our urban, suburban, and rural communities remain locked and unable to change. This means that despite changing demographics and migration patterns, old transportation networks remain linked up to cities that are no longer hubs for innovation. Congestion in regions that were not built for such traffic is quickly degrading the infrastructure in such areas. For example, America’s airports are quickly becoming unaccustomed to large amounts of migration, and although the pandemic has temporarily halted travel on a massive scale, it’s inevitable that such travel will start back up again. And, we have to be prepared. Along with that, the issue of age is also a great concern. More than one-third of America's bridges are over 50 years old — bridges used for truck transportation and maintaining networks for food and other goods to get across the nation. This problem is one that cannot be ignored.

How does President Joe Biden’s plan hold up to the standards that should be met? What has he suggested, and what must be done? On his website, Biden lays out the various specificities and technicalities of his infrastructure proposal, which is part of the greater “Build Back Better” plan. The general plan is a revitalization of America’s economy post-COVID by rebuilding infrastructure to be more pro-environment, which will create hundreds of thousands of new jobs. In regards to infrastructure, Biden very clearly uses the memory of events such as the 2020 California fires in order to invoke a need to rebuild climate-resilient infrastructure. In this case, Biden sees infrastructure as a way to promote green sustainability and bring back jobs. Later, Biden talks about a “new railroad revolution,” “winning back the car industry,” and creating more accessibility to new communities, among other things. These proposals sound like a brilliant attempt at reform, but American politicians have made these same promises in the past. Can we be sure that this will actually work?

First, it’s important to acknowledge that the recent snowstorm crisis can be used to gain political capital for Biden in order to pass an ambitious infrastructure plan. Texas has, for many years, used the power of their electrical system and infrastructure as reasons it should remain independent and remain reliant on fossil fuels. After all, as was mentioned earlier, fossil fuel corporations are big in the state and contribute heavily to its growth. But, this snowstorm and the increasing success of solar and wind in comparison to coal and natural gas plants may be the mass crisis needed to truly push for a new system. The time is right to push for this plan — not only will the idea of new jobs be attractive to middle class members of regions such as the Rust Belt (who came out in large numbers for Donald Trump in 2016 because of continued economic decline), but fixing the climate crisis and providing more accessibility seems to be a proposal that all Americans would enjoy.

However, I don’t think it goes far enough. While optics is important (Biden couldn’t propose something too radical before the election, as he had to appeal to independents), now is the time for change and action. The status quo is not working, and trying to refurbish infrastructure that is broken in its foundation (metaphorically and literally) is only kicking the problems down the road. The problems with infrastructure lie in who controls it. Power grids, transportation networks, transit lines — an overwhelming majority of these vital networks are controlled by private corporations. The federal government owns only 6% of the nation’s transport and water infrastructure. The rest is in the hands of large businesses and state and local governments, which leads to a lack of uniform power grid systems in states like Texas, and ultimately, complete failure in these systems when they’re confronted with a crisis. In order to ensure the same mistakes aren’t made again, Biden will have to propose and expand the federal government’s power, allowing it to direct where and what companies build.

It’s an ideal middle ground and is what America has done in other industries already — grand strategy proposals and building plans are drawn up by the federal government, with grants being given to state governments and corporations that most quickly and efficiently conform to these plans and build the infrastructure. This means that the effects of Biden’s policy will have magnitude at all levels — it’ll allow the federal government and Congress to have a say in how the country rebuilds (which is especially important because Congress controls a large part of the budget, and it’s already been established that trillions will be needed for infrastructure rebuilding), but it also allows even the smallest of local communities to be positively affected by an increase in jobs and strong systems by which to rely on.

Overall, Biden’s infrastructure promises and proposals recognize that there is a flaw in critical parts of our nation’s economy that need fixing. Biden is ambitious enough, and I think he will be able to get most of what he wants, especially after the crisis that the snowstorm has caused this year and the yearly fires that affect California. However, in order to create permanent change, he may have to expand government power and hold companies and state governments accountable for the enforcement of federal construction and building strategies in order to ensure that the nation can truly recover.