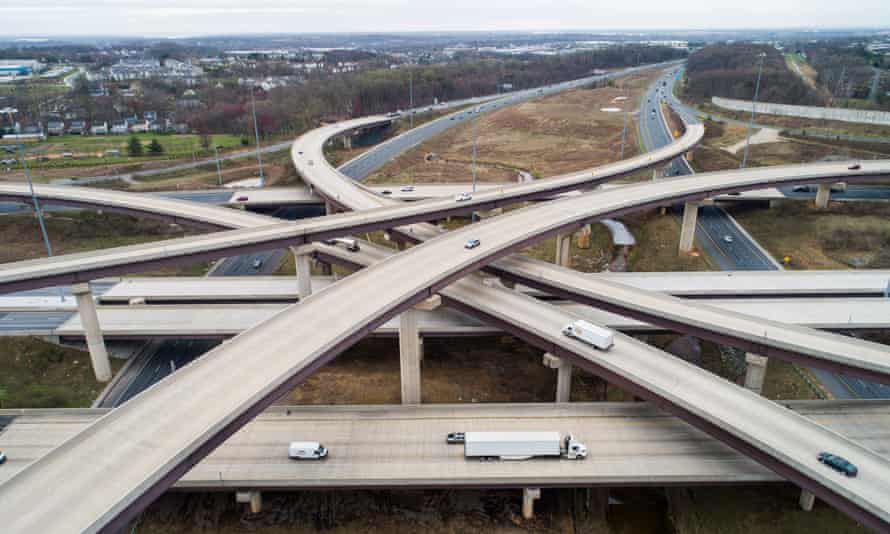 By
Xaxa Sheng Smith
on
May 24, 2021
Category:
Economic Policy

The United States’ infrastructure is in desperate need of repair. A brief stroll through New York City’s underground subway stations would have anyone forget that they’re in the richest country in the world—with 97% of subway stations failing to meet cleaning standards, garbage on the tracks sparking 48 track fires in February 2018 alone, and just over half of all weekday trains arriving at stations on time. The American Society of Civil Engineers has given the nation's infrastructure a general grade of C-minus on its quadrennial infrastructure report card, up from a D-plus four years ago. But 11 of the 17 infrastructure categories evaluated are graded in the "D" range. One particular concern is the condition of the country’s bridges, with 46,000 of the 617,000 bridges rated as structurally deficient. According to the engineers’ group, if the U.S. doesn’t start paying its overdue infrastructure bill, which they estimate will cost $2.59 trillion over the next 10 years, the country will lose $10 trillion in economic growth and more than 3 million jobs by 2039.

In March President Biden laid out his $2 trillion “American Jobs Plan” to upgrade the nation’s infrastructure. “It’s a once-in-a-generation investment in America, unlike anything we’ve seen or done since we built the Interstate Highway System and the Space Race decades ago,” Biden said in a speech in Pittsburgh on March 31. “In fact, it’s the largest American jobs investment since World War II.” According to the White House officials, the plan seeks to help the nation's economy recover from the coronavirus pandemic, create new jobs by investing in greener and tech savvier infrastructure, and uplift minorities, rural communities, and Americans burdened by lagging modernization. In his first Cabinet meeting, President Biden deputized five of his officers—Transportation Secretary Pete Buttigieg, Secretary of Housing and Urban Development Marcia Fudge, Energy Secretary Jennifer Granholm, Labor Secretary Marty Walsh, and Commerce Secretary Gina Raimondo—to lead the program.

If approved, the plan would end decades of stagnation in federal infrastructure and research funding—and would return government investment in those areas, as a share of the economy, to its highest levels since the 1960s. The President plans to pay for this by raising the corporate tax rate from 21% to 28%, implementing a global minimum tax on multinational corporations, levying a 15% minimum tax on book income (the amount of income corporations report to shareholders), and making it harder for US companies to acquire or merge with a foreign business to avoid paying US taxes by claiming to be a foreign company.

Here’s a breakdown of what the plan encompasses:

“Care infrastructure”: $400 billion to expand access to long-term care services under Medicaid, thereby allowing more people to receive care at home through community-based services. Additionally, it would increase home health workers’ wages and grant them the opportunity to unionize.

Manufacturing: $300 billion to boost manufacturing in the semiconductor and medical industries. Some of the funds would also be carved out for manufacturers that focus on clean energy, rural communities, and programs that give small businesses access to credit.

Housing infrastructure: $213 billion to build, renovate, and retrofit over two million homes and housing units, including more than a million affordable and energy-efficient housing units.

Research and development: $180 billion to advance US leadership in critical technologies and upgrade the U.S.'s research infrastructure. This plan also seeks to eliminate racial and gender inequities in STEM research and development, in part, by investing in historically Black colleges and other minority-serving institutions.

Digital infrastructure: $100 billion to give every American access to affordable and reliable high-speed broadband that will reach 100% coverage across the country by promoting transparency and competition among internet providers.

Veterans' hospitals and federal buildings: $18 billion to modernize them.

The fate of this plan is still unclear. Both of Biden’s two immediate predecessors in the White House also talked about grandiose infrastructure spending plans but had little success. While spending on roads, bridges, and other physical improvements to the nation’s economic foundations has always had bipartisan appeal, Biden’s plan drew skepticism from Congressional Republicans. Senate Minority Leader Mitch McConnell (R-KY) said “if it’s going to have massive tax increases and trillions more added to the national debt, it’s not likely.” He described the proposal as a "Trojan horse" to broaden the definition of infrastructure while pushing a list of Democratic agenda items including a massive hike in taxes and an increase in borrowing. “Biden’s ‘infrastructure’ plan is not really about infrastructure. It is another multi trillion-dollar far-left wish list,” said Tommy Pigott, the rapid response director of the Republican National Committee. “Just take a look at the actual bill. Only 7% of the bill’s spending is for what Americans traditionally think of as infrastructure,” a figure derived from an estimate that includes the $115 billion that has been marked for highways, bridges, and roads, the $25 billion for airports, and the $17 billion for waterways and ports. Recent statements from pivotal moderate Democrats like Sen. Joe Manchin (D-WV), who would need to be in agreement with the Democrat caucus for reconciliation  to be successful, seems to indicate that they would not support passing a multi-trillion-dollar measure without bipartisan input. Manchin told reporters ahead of Biden’s first address to a joint session of Congress that the sheer size of the bill makes him “very uncomfortable.”

The president appears to be open to compromise. According to The Washington Post, “The president spoke recently with Sen. Shelley Moore Capito (R-WV) and suggested he was contemplating her counteroffer of roughly $568 billion more seriously than he viewed the Republican response to his coronavirus relief legislation, which he dismissed quickly as inadequate.” Senate Democrats are following suit, signaling privately they are willing to make concessions or break the plan into chunks if that will attract Republican votes and allow the bill to pass with bipartisan support. The Post notes that Democrats are “meeting regularly with their Republican counterparts… to signal their willingness to seek bipartisanship on smaller-scale bills, even if that doesn’t square neatly with Biden’s initial vision of immediate transformational change.” Sen. Susan Collins (R-ME)  told reporters: “This is going to be a test for Joe Biden. The Joe Biden that I knew in the Senate was always interested in negotiation.” She added, “This is going to be a test on whether President Biden is truly interested in bipartisanship. If he is, we can get there on the core infrastructure package. And by that, it means roads, bridges, highways, rail, waterways, and of course, broadband.”

Linskey, Annie, and Matt Viser. “Democrats Signal They're Open to Concessions on Infrastructure.” The Washington Post, WP Company, 2 May 2021, www.washingtonpost.com/politics/democrats-signal-theyre-open-to-concessions-on-infrastructure/2021/04/30/62b3e44a-a9f6-11eb-bca5-048b2759a489_story.html.

O'Donnell, Tim. “Biden Touts His Infrastructure Plan as 'a Once in a Generation Investment'.” The Week - All You Need to Know about Everything That Matters, The Week, 31 Mar. 2021, theweek.com/speedreads/975080/biden-touts-infrastructure-plan-once-generation-investment.

“U.S. Infrastructure Gets Grade of C-Minus From American Society of...” Grainnet, 21 May 2021, www.grainnet.com/article/230178/american-society-of-civil-engineers-raises-u-s-infrastructures-grade-to-a-c-minus#:~:text=The%20report%20projects%20a%20shortfall,and%20other%20sources%20of%20deterioration.