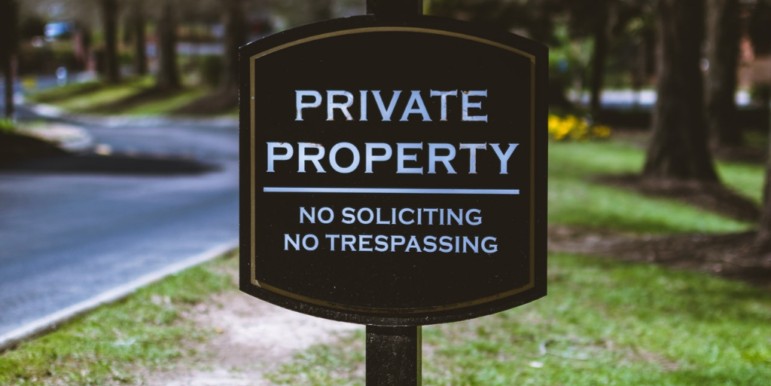 As of May 5, the Biden administration has expressed support for the World Trade Organization to lift patent rights for COVID vaccines in order to allow manufacturers around the world to increase its production. This follows international calls for the US to step up and support the global vaccination effort. Though Biden’s opponents argue that there are better ways to battle the pandemic without compromising intellectual property rights, it's inarguable that the developing world is well behind rich countries in getting to herd immunity - and the longer it takes to beat the virus, the more lives will be lost.

Biden’s support puts pressure on the WTO’s long-time Trade-Related Aspects of Intellectual Property agreement (TRIPS). India and South Africa have pressed the WTO to waive patent protections for the “pharmaceutical trade secrets” for an unspecified time period to deal with the pandemic. The waiver includes an annual review that could reinstate the patent protections once the pandemic response is well-handled. India and other countries with strong pharmaceutical industries hope to use the released vaccine recipe to increase the number of doses for the global population.

The WTO’s decision requires a consensus with all 164 members. Until Biden made the decision to support the waiver, the US, the EU, Britain, Japan and other richer more developed countries were staunchly opposed despite the support of most other developing country members. There’s hope among proponents of the proposal that Biden could use US alliances to convince the remaining opposition to vote for the waiver in order to tackle the devastating lack of vaccines available to developing countries.

These high-income, mostly Western countries have been criticized throughout the pandemic of propagating the global inequity in pandemic response. After buying up immense shares of doses ahead of developing countries, these nations own more than half of all global doses, with the US, China, India, and Europe accounting for “70% of all vaccinated people in the world.” There are some nations like Haiti that haven’t received a single dose of vaccinations, while other high-income countries could vaccinate their adult populations twice over. Some reports state that there are enough doses produced to vaccinate more than 80% of the global  adult population, but the inequitable distribution has divided the world in two: the rich, white, soon to be vaccinated West and the poor, largely non-white Global South, where some countries are unlikely to reach significant amounts of vaccinated people until 2023.

Many in the pharmaceutical industry don’t deny this dire state of the world. However, they still don’t support the WTO waiver. House Republicans wrote a letter to US Trade Ambassador arguing that this decision “would undermine the very innovation that has led to the record-breaking rapid development of COVID-19 vaccines already saving lives around the world.” Furthermore, they argue it would not “meaningfully improve vaccine availability.”

Similar arguments from representatives of Pfizer, Moderna, and other vaccine producers are focused on logistical issues. The COVID vaccine includes a long list of complex, very rare raw materials that are in short supply. They also seek to remind the world that replicating their vaccines would require a large “technology transfer” of the processes, technology and know-how needed to prepare developing countries to manufacture their doses. That will cost money and time. After all, having the recipe for the vaccine is just the beginning.  Instead, they argue that rich countries and pharmaceutical companies should donate or discount large amounts of doses in an attempt to redistribute vaccination doses.

There’s no doubt that the US needs to do more on an international scale to approach the pandemic. One Axios report puts the US at 27% of world vaccine production, but 0% of the doses that were supplied outside our borders. That’s changed with the recent crisis in India, but as the cases continue to climb, it's clear that our global COVID efforts are at a tragically late start.

Many criticize the “vaccine nationalism” prevalent in Western pandemic responses that led to this delay in international action. Though every nation has an obligation to their own citizens above others, “vaccine nationalism” - which devotes all or almost all resources to halting the pandemic domestically instead of internationally -  has strained alliances and the global economy, while widening the development gap between high and low-income nations. It also means that the world is potentially on track to have an open and recovering West with herd immunity while the global South deals with economic decline, political instability, and widespread social suffering as deaths continue to increase. Many have compared this situation to the HIV/AIDS epidemic, and how patent rights stalled an international response that could have saved millions of lives. As the president of Serbia puts it: ‘“Today it’s harder to get the vaccines than nuclear weapons”. This is the reality for poorer, developing countries.

As much as opponents are worried about the slippery slope that comes with waiving intellectual rights, there are arguably more reasons for the US to take this step and support the WTO waiver.

From an economical perspective, the US economy will not be able to fully recover without the similar recovery of its international markets. As the pandemic continues to hinder developing economies, the US will find itself lacking its materials, pieces of its manufacturing chain, and demand for many of its products. If Americans truly do want to go “back to normal” then they need to bring the rest of the world along with them.

Diplomatically, the US is also losing opportunities to strengthen or create new alliances with international vaccination efforts. Russia and China have already been using “vaccine diplomacy” to cross the hemispheres and undermine traditional US alliances. China has produced 33% of today’s vaccine doses, and is exporting 62% of the vaccines it produces to other struggling nations. Latin America’s vaccination rates have been increasing because of China’s doses, sometimes for no cost other than a pledge to support China in its future endeavors. Russian vaccines have been sent to 22 other countries. Though Serbia had struggled with their infection rates, their recent success is in part a result of Russian vaccines increasing the immunity rate in their country. Meanwhile, the US isn’t even in the race.

By far, the most compelling reason to support the patent waiver is that the US has a moral obligation to take every possible step to control the pandemic - it's a matter of life and death. Over 3 million people have already died in this pandemic, and if it takes another 3-4 years for the world to reach herd immunity, the death toll will only rise to even more tragic levels. We can handle the logistical challenges of a technology transfer. We can reevaluate and solidify intellectual property rights when the death rates slow to a stop. Until then, every extra dose works towards our common goal: to beat the virus

Ultimately, there is no single policy or solution that will bring an end to the pandemic. The US doesn’t have to choose between lifting intellectual property rights and donating extra doses. Newsweek reported in late April that the US plans to donate 10 million AstraZeneca vaccines to the rest of the world. This is a proper step to take, and further need to be taken, if only to slow down and eventually stop the deaths and spiraling conditions outside our borders. We can’t fight for minority rights domestically and leave the majority of countries with citizens of color to die due to a lack of resources.  We also cannot claim to be a leader on the international stage and then stand by as the world reaches over 5.7 million new cases in one week.

As Dr. Fauci said shortly before President Biden announced his support for the waiver “You can’t have people throughout the world dying because they don’t have access to a product that rich people have access to”. This is our chance to prove that we value the lives of those in developing countries just as much as our fellow Americans - we should all be supportive of this first step.