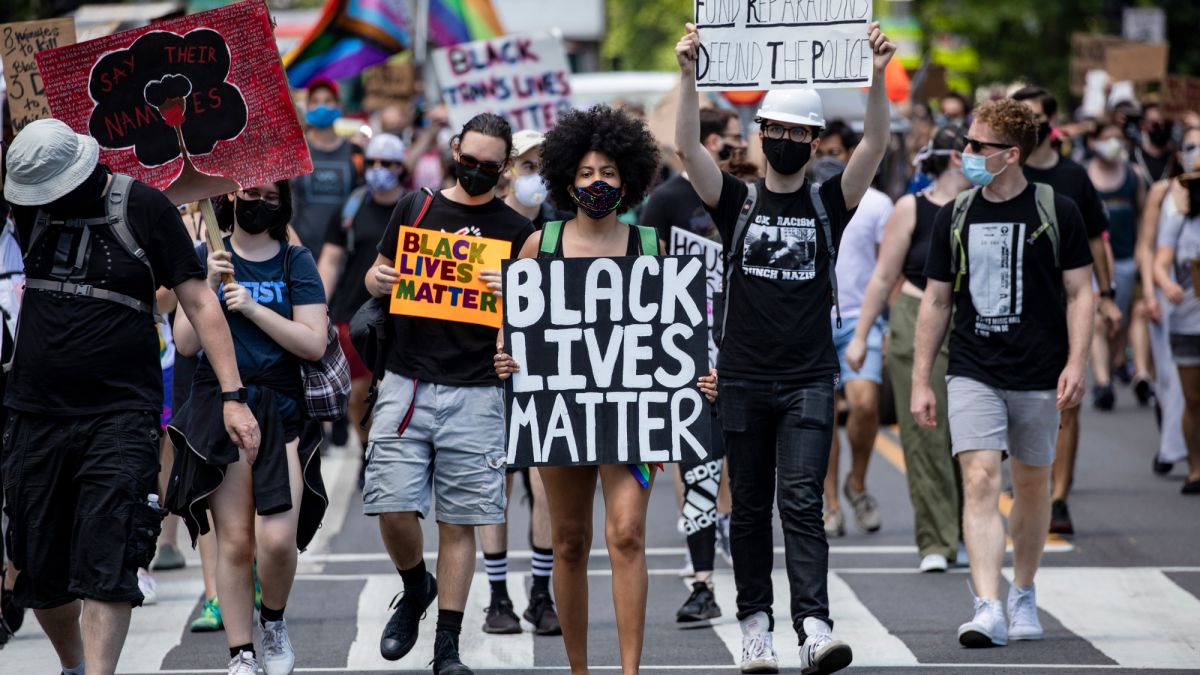 BLM: Behind the Facade

Black Lives Matter (BLM) is not an organization bent on saving the lives of innocent Black Americans, nor is it looking to ensure equality for all. The truth can only be seen when we become vigilant to the web of lies surrounding the real purpose of the institution. BLM is led by Marxists who are committed to shaping America according to their radical beliefs. In a 2015 interview with Alicia Garza, Patrisse Cullors and Opal Tometi, Cullors said, “Myself and Alicia, in particular, are trained organizers. We are trained Marxists.” Marxism is defined as an ideology that criticizes capitalism and its effects while commending communism. (Chappelow) Marxism is just as dangerous as socialism and communism, as it is based upon the same quest for “equality,” when in fact, it becomes a corrupt power-grab system, as historically proven. Soviet Marxism, utilized by Joseph Stalin, was the doctrine of the Communist Party in Russia after the revolution. Judging by the persecution and unjust treatment that followed, this ideology does not work out well for the general population. BLM has contradicted their claims of tolerance and peace several times, proving that they are not interested in long-lasting balance, but in forcing their extreme agendas upon our society.

Black Lives Matter professes their constant fight for peace and balance. “We embody and practice justice, liberation, and peace in our engagements with one another.” However, this is blatantly refuted by Hawk Newsome, the president of the Greater New York Black Lives Matter branch. He said, “If this country doesn't give us what we want, then we will burn down this system and replace it. All right? And I could be speaking ... figuratively. I could be speaking literally. It's a matter of interpretation.” Later, he justifies these violent claims with the fact that the United States is built on violence. (Garcia) Keep in mind, this is the same organization that wants to correct the mistakes of the past. However, their frequent hypocrisy impairs them from making any valid points. It seems that the BLM conglomerate cannot decide whether they are against violence or not, even though they claim to embody peace.

Black Lives Matter also states they appreciate differences and diversity, as stated on their website: “We acknowledge, respect, and celebrate differences and commonalities.” However, yet again, they directly contradict themselves. “We disrupt the Western-prescribed nuclear family structure requirement by supporting each other as extended families and ‘villages’ that collectively care for one another, especially our children, to the degree that mothers, parents, and children are comfortable.” Disruption does not exactly correlate with respect and celebration. Apparently, tolerance does not apply in this circumstance.

BLM also displays a strong disregard for property. “I don’t care if somebody decides to loot a Gucci or a Macy’s or a Nike store because that makes sure that person eats,” Atkins, a Black Lives Matter organizer, says. Although hunger is a huge issue in the world, why should it be criminally “solved” at the expense of businesses? If those suffering from impoverished conditions were above the law, that would create another issue. She also said, “Anything they want to take, take it because these businesses have insurance.” Is this what BLM classifies as peace? Atkins later says, “I will support the looters till the end of the day,” continuing with “winning has come through riots” and “the whole idea of criminality is based on racism.” Let’s focus on that last statement. According to that logic, the idea that homicide, theft, arson and assault is wrong is based on racism. Should rapists not be criminalized? Should murderers not be criminalized? Where is the line drawn?

Should nothing be considered wrong or criminal? These statements raise great concern. Black Lives Matter is strongly against the “rampant and deliberate violence” inflicted on them by the state, but they fully support and encourage criminal acts against businesses because they have insurance. They advocate against police brutality and believe that it is morally unacceptable, yet they do not believe in morality in other scenarios. Their entire case is based upon changing the violent roots of discriminatory systems, but they are not willing to acknowledge criminality because it is racially based? They want justice for the murder of George Floyd, Breonna Taylor and so many others, but how can they get it when they believe criminality should not exist?

Black Lives Matter has made several demands that have nothing to do with racism. The list of demands consists of ending the war on black people, community control, economic justice, divest-invest, political power and reparations. Community control, in particular, seems to involve advancing the progressive agendas of the left-wing instead of making black lives matter. How would the POC community benefit from such an authoritarian term? Control is the very thing that BLM is fighting against, yet they want to implement these demands.

As James Morrow, the host of Sky News, states, it is becoming clear that Black Lives Matter is more concerned about ending capitalism, and ideas like the nuclear family, than ending racism. The fact of the matter is, the slogans shared as hashtags on Instagram are far different than the true goal of Black Lives Matter. If we continue to be morally blackmailed into supporting this organization, lest we are considered racist, our society will face destruction. Black lives and all lives will be in danger if our systems are “burned to the ground.”

BLM is poisoned by corrupt Marxist agendas. They don’t care about the well being and health of the Black Community. They want power, control and radical change, although they hide it from their supporters. The media shows the nice, empowering side of Black Lives Matter, tricking the world, and most importantly today’s youth into supporting a movement that threatens those who do not agree with them. This movement shames those with traditionalist ideas while claiming to be accepting. This “fight for equality” is happening at the expense of businesses and property. This “fight for equality” is not even for justice; it is for destruction. It is for agendas that have nothing to do with the phrase “black lives matter.” It is truly heartbreaking that a movement that should have pure intentions has such violent motivations.