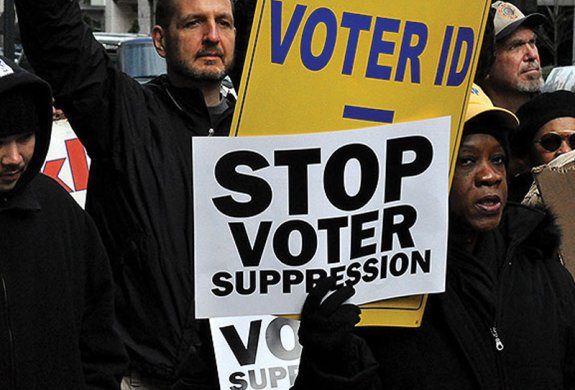 The 2020 election has pushed controversy over voter rights and voter suppression to the forefront of conversations.

The 2020 election saw the largest voter turnout in United States history with roughly 160 million voters. Growing voter turnout can be attributed to the increasing social pressure to vote, primarily through media and public figures. Because of this, popular culture has revealed itself as a promising combatant against voter suppression through encouraging minority communities to vote.

Take the media influence that arose during and after the 2020 election cycle, particularly amongst African American voters: More Than a Vote utilized a coalition of African American celebrities and athletes to raise money and awareness for getting the vote out from African American voters. Their “Protect Our Power” movement is promising to fight against laws restricting voting practices that are targeted against African American voters. Black Voters Matter worked with celebrities Lil Yachty and Keke Palmer to promote voting during the local elections in early 2021.
These organizations — along with other organizations working to improve African American voter turnout in critical swing states like Georgia and Pennsylvania — are similar in the sense that they use celebrity voices to reach younger audiences. This targeted outreach is intentional; one, because of the drastically low youth turnout in the 2016 election. It is speculated that if youth voters had voted at the same rate as their older counterparts, the 2016 presidential election would’ve gone to Democratic candidate Hillary Clinton instead of Republican Donal Trump. And then, consider the dichotomy between the voting patterns of young African American voters and older white voters, who tend to vote more Democratic and more Republican, respectively. Because of this, more concentrated efforts have been made to get youth to vote. An even more specific target lies on reaching more African American youth and getting them to vote.

Two, most organizations will utilize celebrity voice because celebrities seem more trustworthy than politicians and do a better job at engaging typically less-engaged demographics in politics. Consider Oprah Winfrey’s endorsement of Barack Obama, which garnered Obama an estimated one million additional votes in the 2008 election. During the 2020 election cycle, rapper and philanthropist Megan Thee Stallion has become a similar character. She encouraged her fanbase to vote through a video asking them to share why voting is important to them, while linking the aforementioned More Than a Vote’s resources. This video is yet another example of celebrities using their platform to engage and mobilize people. It is difficult for youth to find the energy to engage in politics, so they often turn to celebrities like Megan Thee Stallion who talk about civic engagement. Youth follow celebrities when it comes to topics like politics, partially because politics may seem more important if it is important enough for a celebrity to deviate away from posting or talking about their usual projects and commotion. It’s this newfound urgency that energizes youth, and organizations utilize this energy to further their work and agenda.

While the efforts of these organizations were successful during the 2020 election, it’s important to consider how these efforts will hold up in the upcoming local elections and what it means for voter turnout in the future.
So long as these efforts continue, they will likely remain successful. The future is hopeful, so long as activists and organizers keep the topic of voter suppression in our conversations. The president’s aforementioned executive order is evidence of what decades of work by activists like John Lewis and Stacey Abrams has amounted to. But, the work is far from over. Celebrities must continue to involve themselves as part of the political sphere. That way, celebrities can engage their bases in politics. While celebrities do this, the government must do a better job maintaining the efforts from celebrities. While celebrities can get people excited to go to the polls, the government must ensure that there are polls for the people to go to. Celebrities can get fans to want to register to vote, but the government must ensure that there are facilities for people to do so — and then, the government must ensure that people who register vote every time possible.

At the same time, legislation can impact aspects regarding voter rights and access that celebrities and media cannot. Legislation can allocate federal funding and government commissions toward the effort and protect these allocations in the future. The aforementioned HR1 targets this specifically. Along with this, HR1 brings the topic of partisan gerrymandering into the conversation. Partisan gerrymandering, or the partisan favoritism while government officials redraw district lines, can effectively silence minority votes in a district. In essence, gerrymandering establishes a situation where the actions of the government can pose a serious threat to the work of local voter rights activists. While activists can get the vote out, partisan gerrymandering can reduce the value of that vote. Dark money and corporate funding also pose a threat to the work of voter rights activists.

But, so long as these activists and celebrities continue to push for minority communities to vote and gain grassroots funding to support these efforts, the government can never take away the political energy celebrities have created within their bases and platforms.