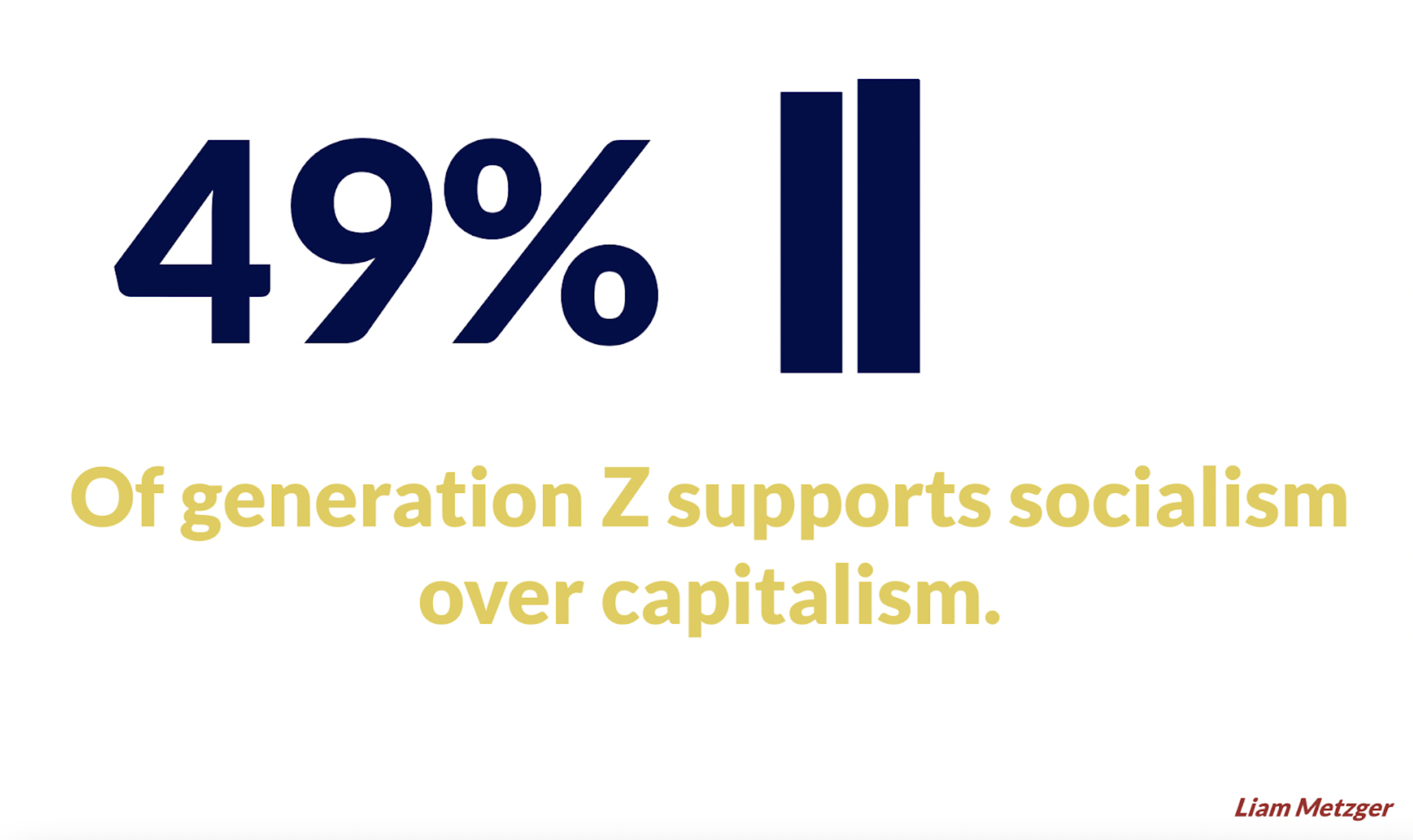 Generation Z. A generation filled with an intelligent, determined youth. With this generation we have not only seen many political divides that have shaken our political and economic climate, but we have also witnessed a massive uprising of political media and online discourse. This has inevitably spread to groups of people engaging in fallacious, irrational discourse. Ultimately, we have begun to lose the quality ideas and courses of thought we once held dearly to erroneous misconceptions in economics. Additionally, we have arrived at this rather problematic point from the internet. The internet has allowed those with unjustified ideologies to assemble and continue developing those irrational ideologies into distinct communities. The common question being; What are the specifics of these communities, the root of their fallacious ideologies, and the economic misconceptions that they are so rampantly spreading?

Among young Americans, socialism is just as popular as capitalism; an ideology once perceived by most Americans as evil. To some, this statistic is not as surprising as it might be to you and me. To those young Americans, capitalism is the disgusting ideology in which manipulative characteristics reside. To completely understand what this means and where these young Americans are wrong, we must rectify this situation as a whole by picking out common misconceptions and myths that sit right under our noses.

Socialism is a working economic system utilized all over the world

If you have paid much attention to U.S. politics in the last four or so years, this one might ring a bell. According to self acclaimed democratic socialists such as Bernie Sanders, socialism is a completely workable ideology utilized all over the world. This, however, is clearly not true. In an excerpt of a 2015 speech Sanders stated, “I think we should look to countries like Denmark, like Sweden and Norway, and learn what they have accomplished for their working people.” The idea that these countries are socialist is a lie spread by the left. In reality, the good deeds of these countries have been performed by the grace of capitalism, and a market with competition, tranquility and economic freedom. The only difference between these countries and those with a practical free market is a large welfare state paid by high tax rates. This economic strategy devised by Scandanavian countries is not to be confused with any form of socialism.
Key Takeaway; One of the key arguing points for a modern socialist utopia is an extremely disingenuous one, at best. The ignorant and economically illiterate politicians that assist in leading this movement are just as illogical as those who engage in it online.

“It is no crime to be ignorant of economics, which is, after all, a specialized discipline and one that most people consider to be a ‘dismal science.’ But it is totally irresponsible to have a loud and vociferous opinion on economic subjects while remaining in this state of ignorance.”

Workers are Empowered in a Socialist Working Environment

The idea that socialism empowers workers to truly withhold the worth and absolute power of their own labor could not be more false. The only economic system in which it is possible to truly own your own labor is a practical free market. When a worker owns their own labor and trades it for direct or indirect currency, that is a moral voluntary transaction which is mutually beneficial for the worker and corporation. In a society where the government quantifies the importance of your labor (ie socialism, state socialism), one cannot be truly free. Furthermore, the value of their labor is destroyed in this system. The importance of freedom in an economic system withholds crucial implications in a praxeological sense, but is also historically one of the most important factors to hold.

Key Takeaway; Workers cannot be truly empowered in a socialist society. It is only in a practical free market that a laborer can completely benefit from the market.

The Government can Establish a Proper Pricing System

Without a proper pricing system determined by the market, you cannot establish a quantitative relationship between all different factors of production. Because of this, it is impossible to engage in rational economic calculation in a practical market. This idea was first conveyed in Ludwig Von Mises’ 1920 article, ‘Economic Calculation in the Socialist Commonwealth’. It is completely illogical to claim that we can engage in rational calculation in a market controlled by cooperative or governmental means of production. The only way we can truly achieve efficient and ethical means of production can be produced is mass privatization of goods and property. Furthermore,  there is no possible scenario that exists today where the government may produce at a more efficient rate than private organization and free enterprise.

“Admittedly, monetary calculation has its inconveniences and serious defects, but we have certainly nothing better to put in its place, and for the practical purposes of life monetary calculation as it exists under a sound monetary system always suffices. Were we to dispense with it, any economic system of calculation would become absolutely impossible.”
- Economic Calculation in the Socialist Commonwealth, p. 25 ‍

The influence the internet has had on politics among the youth of this world has been quite ubiquitous to say the very least. As the logical economic standpoints that generations before us have so boldly defended begin to fade away, a new irrational political standpoint begins to take place. The best way our young, economically justified youth can fight back against these ideas so repugnant to the logical foundations of capitalism and free enterprise is widespread information of our own. Those who enjoy freedom, capitalism and rational economic calculation must go against what we so vehemently oppose.

Liam Metzger is a 16 year old economic commentator from Washington State. He is an Austro-Libertarian and a prospective economic major currently learning under and interviewing great economists such as Walter Block and Stephan Kinsella. His economic ideology best aligns with the Austrian School of Thought. For more information, visit www.liammetzger.com