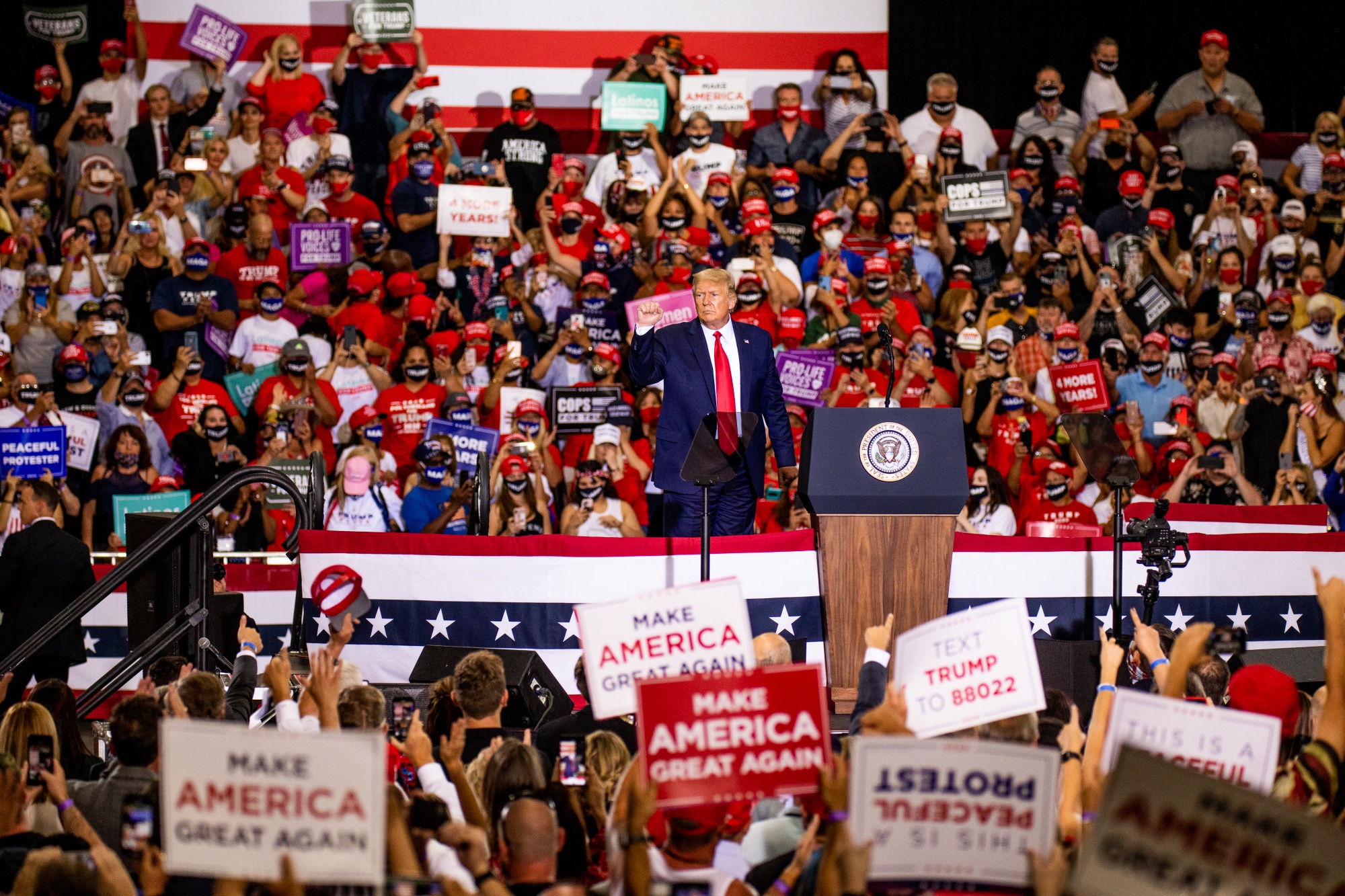 In 2015, we observed a new phenomenon in politics. Now in 2021, it’s become increasingly normalized. Showing support for a candidate wasn’t necessarily anything new in the political entertainment realm, but the idea of pledging 100% allegiance to a politician throughout their ups and downs, scandals, and controversies had never been quite to this extreme. QAnon, a conspiratorial movement that views Trump as the savior to their baseless allegations, has grown in membership. In December 2020 pastor Beth Moore faced backlash from the Evangelical community for stating that Trump should not be viewed as God. We also started to see Trump supporters express a desire for only Trump loyalist Republicans in government, while calling on moderates like Romney, Sasse, or Kinzinger (who all have condemned Trump’s actions) to face primary challenges. But before we move forward trying to dissect the reason for their strong loyalty, we must differentiate between these people. When talking about the 74 million people that voted red in the presidential election, it must be understood that not every one of them is a zealot. Many individuals prefer the GOP for reasons such as finances or single issues like abortion. Then some voters have stuck by his side despite all the negatives--Stormy Daniels scandal, Trump University lawsuit, John McCain comment, the longest government shutdown, peaceful protesters being tear-gassed for a photo-op, leaking Lindsey Graham’s phone number, quoting racially charged looting remarks, and many more.

The first reason to explain why so many people cling to the Trump base is due to the fear-mongering tactics used by the right. Today the Republican Party is solely reactionary. Instead of trying to push legislation to help solve America’s many issues, they work hard to stop and discredit the Democrats who attempt to put proposals on the table. Conservatives have successfully crafted the narrative that the left wants to radically change this nation by allowing open borders, the changing of genders, tax increases, and destruction of the nuclear family, and banning firearms. While some of these ideals may be embraced by certain lawmakers to an extent, the establishment majority of the Democratic Party does not stand for those values or policies. Either way, networks like Fox News sensationalize minor inconveniences experienced by individuals and make them appear more prevalent than in reality. Take into account a segment from March that Tucker Carlson did on a Canadian pastor who was jailed for defying coronavirus restrictions by having in-person church service. This specific instance was used to push the narrative that there is a current war on Christian conservatives being waged by the left. This is an example of the feeling that comes with one’s privilege being threatened. Ever since pro-Trump users have began to face deplatformation for writing conspiracies on social media following the Capitol insurrection, the term ‘Orwellian’ has become increasingly thrown around even though we’re nowhere close to an authoritarian government. To many of them, the phrase “Happy Holidays” is an attack on Christmas and personal liberties are infringed upon by mask wearing—when really those who are making these claims are just showing how much privilege they possess. But this is something Donald Trump did best during his presidency—frequently bullying and harshly criticizing those who dissented yet making himself out to be the victim. This all makes sense when we realize the effect that privilege contributed to Trump’s 2016 win. Survey data from the Public Religion Research Institute concluded that fear of cultural displacement ranked #2 as a reason for supporting Trump that year. Speaking about the 2020 election in an interview with the Breakfast Club, Barack Obama said that Republican portrayal of white men as victims proves to be a winning strategy.

One-sided truths are another explanation for Trump’s surge in attraction and popularity, even by non-white voters. Pundits like Laura Ingraham, Candace Owens, and Charlie Kirk will tell you that Trump has done more for the African-American demographic by touting that he lowered black unemployment, helped underserved communities with the creation of opportunity zones, lowered taxes for the average family, and focused on criminal justice--all things frequently said by Trump himself. They use these statements to justify Trump being the greatest, which can seem very appealing to the politically ignorant. The reality is that these claims are not all fully true. Unemployment began decreasing for everyone under the Obama administration and continued during the Trump presidency. In October 2009 the jobless rate was at a high of 10% but declined to 4.7% by Obama’s final days in office. We experienced a 1.2 percentage point decline under three years of Trump but the downward trend witnessed between 2017-2019 was an extension of the decrease that began in 2010 (Tampa Bay Times). In a study conducted by the Urban Institute with a JPMorgan grant, it was noted that some low-income community projects have been helped by opportunity zones but because wealthy investors tend to receive low return from these areas, “opportunity zone money is flowing to retail, condo and commercial projects in already developed areas rather than minority-owned businesses and communities that need capital” (CNBC). It has been described that they “gentrify the very neighborhoods they pretend to revitalize” which leads to the displacement and destabilization of black and brown working class people, all to benefit wealthy developers (Marketwatch). In response to Trump’s statement of having saved HBCUs by funding them, critics point to the fact that during Obama, mandatory funding ranged from $80 to $85 million--and it was no different with Trump. In regard to the Tax Act passed by a Republican Congress in 2017, households in high tax states like CA, NY, and NJ experienced the opposite of paying less in taxes due to a cap on itemized deductions (whereas someone living in Florida probably fared better) (CNBC).

It’s easy to see why individuals gravitate towards Trump. He spouts claims that make him appear to be a saint and blames everyone else but himself for failures. He has succeeded in making white voters feel proud of their Anglo heritage and convinced some black and brown voters that he’s serving their best interests. Although he’s been out of the White House for several months now, his base remains unwavered. With the GOP divided between moderates and Trump loyalists, we’ll be watching how this party reshapes itself for 2022 and 2024, including the strategies that will be employed to garner votes.