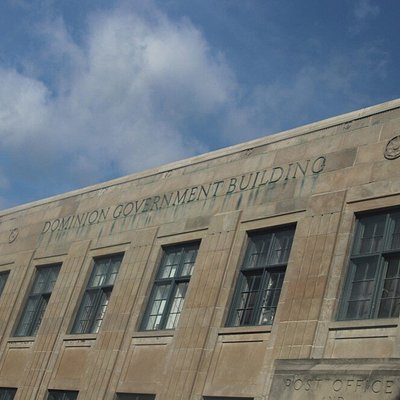 Government, not Capitalism, is Responsible for our Problems

Leftists frequently claim that capitalism has been an utter failure because there are millions of people suffering from poverty, malnourishment, lack of healthcare, and so on. So-called “moderate capitalists” claim that capitalism works, but requires government regulations to ensure the safety of consumers. Both of these perspectives are fundamentally flawed. The leftists are incorrect because the problems they describe are caused not by capitalism, but by government intervention, and the “moderate capitalists” are incorrect because the government intervention they propose is contributing to the problems the leftists are describing. Henceforth, this article will likewise provide the foundations to understanding why we should further expand unregulated privatization in the economy.

To understand why government intervention has been largely responsible for those living in poverty, we must first understand why people live in this destitution. The answer is simple: those people are in poverty because they lack a job or generally do not have the necessities to climb up the economic ladder because they can’t afford those necessities. Government intervention has constrained numerous individuals in these poor circumstances. Government-enforced minimum wage laws have exacerbated the lack of jobs. According to the National Bureau of Economic Research, when Seattle implemented a $15 minimum wage, the number of low-wage jobs declined by 5,000. Another reason for unemployment can also be a lack of businesses in the area for an individual to get a job at, which government intervention can also take the blame for. According to a paper from George Mason University, from 1998 to 2011, the increase in federal regulation reduced the entry of new firms by 1.2% and reduced hiring by 2.2%. More generally, according to research from Ronald Bailey, the average American household receives about $277,000 less annually than they would have gotten without six decades of accumulated government regulations. The research concluded that federal regulations have made us 75% poorer. Lastly, a 2018 paper found that a 10% increase in the federal regulatory burden on a state is associated with about a 2.5% increase in the poverty rate. Government intervention with the intent of “helping the population” has only resulted in more harm towards this population. Essentially, the government acts as a “disguise” that promises to help people, fails at doing this, and then blames it on the free market.

Unfortunately, 821 million people globally do not get enough food, and 780 million do not have access to a sufficient water supply. As always, this is the fault of the government intervening to protect us from the “evils” of privatization. In reality, privatization would protect us from the evils of government intervention that have been responsible for such worldwide tragedies. Economist Amartya Sen won a Nobel Prize for demonstrating that most famines are not caused by lack of food, but by governments’ ill-advised intrusions into the functioning of markets. Rising food prices could only come from government printing presses. Otherwise, prices would not rise dramatically unless the real supply of food was quickly disappearing. 97% of all water distribution in poor countries is managed by the public sector, which is largely responsible for more than a billion people lacking clean water. How can privatization be blamed for the lack of water when the vast majority of water is not even privatized? In poor countries with private investments in the water sector, more people have access to water than in those without such investments. To further analyze the unprecedented success of water privatization, there are case studies on countries that have lessened government intervention in water services and allowed for privatization. For example, according to a well-known paper from the University of Chicago Press Journal, from 1870 through 1980, water services in Argentina were provided by the federal government. However, in the 1990s, Argentina embarked on one of the largest water privatization campaigns in the world. The paper found that child mortality fell by 8% in areas that privatized their water services. This effect was most significant (26%) in poor, low-income areas. Another example of this success can be seen in the UK’s privatization legacy. According to one paper from Chris Edwards, wasteful leaks have fallen by one-third since privatization in the UK, supply interruptions are down, and the number of customers with low water pressure has plummeted. Drinking water quality has also improved, and pollution has fallen. In short, water service privatization has increased both efficiency and environmental stewardship. This illustrates how government intervention, not capitalism, has been a sole contributor to lack of food and an adequate water supply. In light of historical evidence from multiple countries, privatization would have prevented many of these issues.

One of the significant misconceptions about the American healthcare system is that it is run on free-market principles. Entrepreneur Jag Bhalla writes, “The American healthcare system shows why we can’t trust free-market ideologues.” Many proponents of this viewpoint indicate America’s healthcare failures such as expensive treatment, lack of access to care, and high spending, but blame it on the free market. However, these problems have nothing to do with the free-market system; they instead can be blamed on government intervention. For example, the government “Certified of Need (CON)” laws are state regulatory mechanisms for establishing or expanding health care facilities and services in a given area. States with CON laws have 11% higher healthcare costs than those without such laws. Nixing CON laws in Florida would reduce health spending by $235 per person. Repealing the laws would also lead to the creation of more than 100 additional healthcare facilities, including nine rural hospitals. Another example of government intervention that has led to higher healthcare spending is the rapid expansion of Medicare. According to MIT economist Amy Finkelstein, Medicare drove a 28% increase in hospital spending between 1965 and 1970. More generally, according to research from Michael Cannon, health service regulation costs the average household an estimated $1,546. The annual cost of health care regulation is 50% higher than the fiscal cost of the Iraq War. The cost of health care regulation is equal to roughly 10% of all U.S. national health expenditures. By the 1970s, the growing cost of FDA regulation reduced the number of new drugs introduced annually in the US by 60%. It is further estimated that FDA regulation results in up to 120,000 lives lost per decade. Overall, the net cost of FDA regulation is $42 billion annually. Hospitals, which were mostly privately owned 100 years ago, are almost all governmentally run today. The start of government intervention in the 1900s within the healthcare industry has been responsible for the skyrocketing healthcare prices, as shown in this graph:

Contrary to many anti-capitalist beliefs, a considerable amount of the problems in our world have nothing to do with free-market capitalism but are rather the fault of government intervention. The implementation of deregulation policies aimed at removing the burden of current government intervention and further embracing free-market capitalism will manifest in significant reductions of poverty, reductions in malnourishment, and increases in access to healthcare.