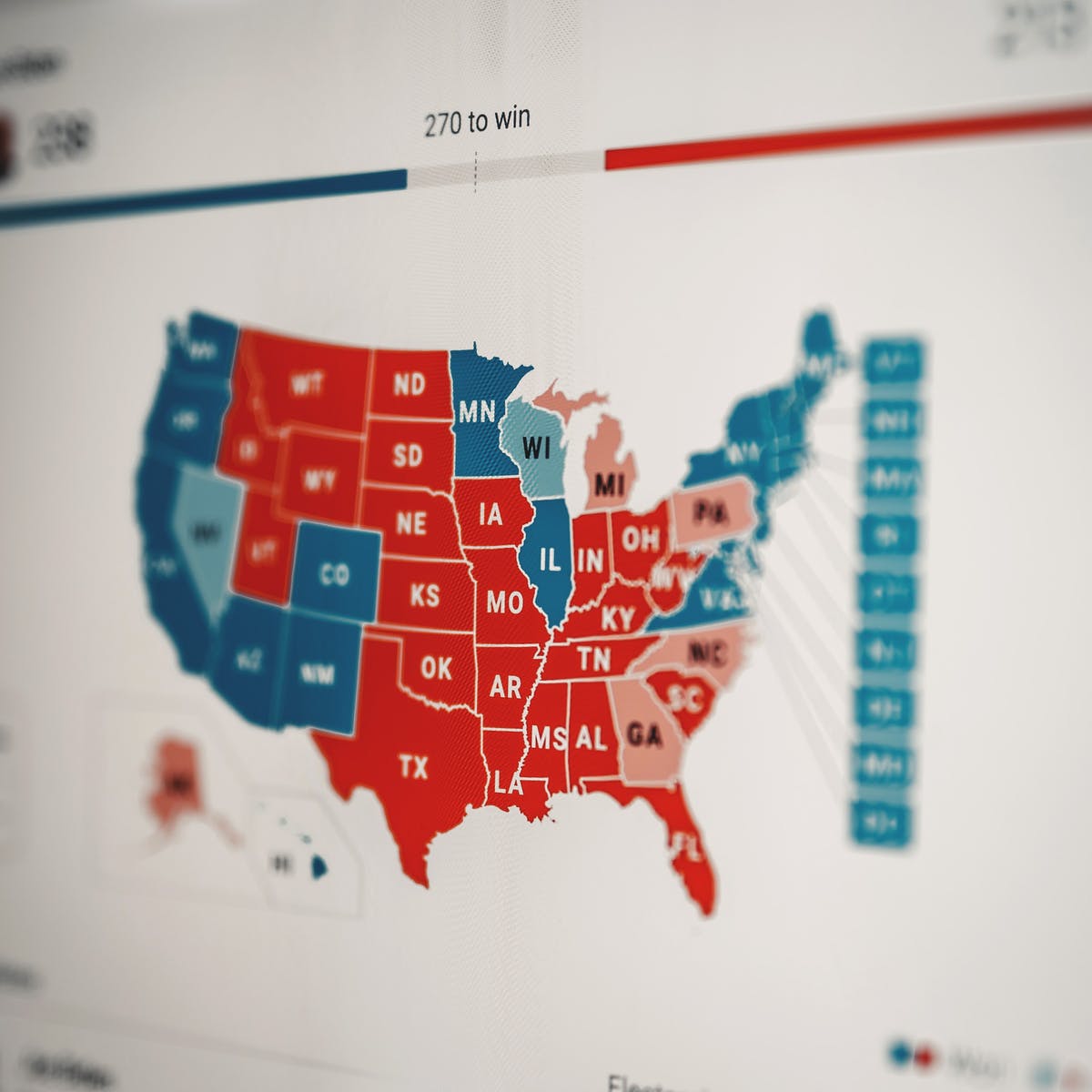 Everyone knows California as being arguably the most liberal state in the country, with policies like the legalization of recreational marijuana and support for environmental regulations. It isn’t a surprise that the state was won by democrat Bernie Sanders during the 2020 primaries. However, one might recall this state’s role in electing past Republican presidents like Reagan and Nixon.

Between 1952 and 1988, California voted Republican (excluding 1964’s Goldwater v. Johnson). This red wave began in 1948, with Harry S. Truman flipping several counties from blue to red and winning his first full term. In 1988, Republican candidate George H.W. Bush, aided by the popularity of predecessor Ronald Reagan, won California. However, Bush’s victory was the end of the era; the GOP’s dominance was threatened when its stance on immigration diverted Asian and Latino voters. Proposition 187, a 1994 ballot measure, is credited as being the most significant cause for California’s political transformation. It aimed to prohibit illegal immigrants from receiving public benefits (social, educational, and healthcare services) and was estimated to save the state $200 million annually. The proposition was embraced by then-Republican gubernatorial candidate Pete Wilson, whose reelection campaign featured ads with controversial taglines like “They Keep Coming”. This catalyzed a major culture war that pitted protestors and counter protesters neck-to-neck. Many Latino politicians, such as newly appointed Senator Alex Padilla and former presidential candidate Julian Castro, cite this moment as what galvanized them to join the world of activism and public policy. In an NPR interview, former president pro tempore of the state Senate and current Los Angeles City Councillor, Kevin de Leon, said: “If it wasn't for 187, I would never have even thought about running for political office” (NPR). Despite the backlash, Pete Wilson won with the lowest Latino support for a Republican incumbent governor and passed Proposition 187 (although not going into effect). But for the GOP, the damage was done: in the next few years, Democratic Party registration would increase exponentially. It’s important to know that today, the Republican Party makes up 24% of California’s registered voters (less than the number of ‘No Party Preference’ registrants), and Latinos comprise 40% of California’s population. Cal Matters reports that since considering the Proposition 187 initiative, the California Republican Party has lost 682,000 voters.

Similar to Proposition 187, the Support Our Law Enforcement and Safe Neighborhoods Act (aka SB 1070) sparked immediate controversy upon its passing in Arizona in 2010. Its provisions allowed police to detain anyone believed to be undocumented or failing to carry documentation; it also contained a 2004 bill sponsored by State Senate President Russell Pearce which denied immigrants social services. Pearce’s involvement in Proposition 187 and subsequent power gain allowed himself and his associate, Maricopa County Sheriff Joe Arpaio, to focus on their anti-immigration pursuits without fear of retribution. From 1993 to 2016, Arpaio was known within his department for bad misconduct and disproportionately targeting people of color. His actions energized disappointed Latinos to become active in grassroots movements and to run for office in an effort to run corrupt administrators such as Arpaio out of office. In an op-ed for The New York Times, history professor Geraldo L. Cadava considers a growing number of Latinos as a factor for Arizona’s political shift in 2020. This traditionally red state went blue in November, with 71% of its Latino population voting for Biden. Similarly, in a phone interview with The Intercept, Raul Grijalva, a longtime progressive Democrat for the state, stated that “A decade ago, nobody would have imagined that…[SB 1070] was a watershed moment for the state of Arizona” (The Intercept). In 2012, the Supreme Court voted to block three of SB 1070’s provisions; however, its influence lasted until 2016, when a settlement was reached with immigration advocacy groups.

The GOP, which is notorious for its anti-immigration stance, must reform its policies on immigration in order to attract more voters, especially since it is losing a large Latino demographic that tends to have conservative values. President Biden’s more liberal stance on immigration and potential to grant amnesty and citizenship to undocumented immigrants is due to attract increased numbers of Latino and POC voters, meaning the end of Republican political dominance in the Southwest is drawing closer to becoming a reality (not factoring in the use of voter suppression and gerrymandering tactics). In addition, a new block of potential voters- immigrants who have received citizenship under Biden’s term- will likely vote Democrat. However, this does not mean conservatives shouldn’t try appealing to immigrants. Trump’s “America First'' rhetoric resonated with blue-collar individuals and it’s possible that immigrants, who are overwhelmingly hardworking laborers and aspirants for the American Dream, might also support this sentiment. As witnessed in 2020, Trump performed better with Hispanics than any other Republican in modern history. If Republicans don’t sit back and allow immigrants to believe that they are better off with Democratic policies and instead focus on carrying Trumpist messages, the party’s voter demographics could very well change. With an understanding of how the “invasion” rhetoric in states like California and Arizona in which immigrants make up a significant percentage of the population has proved to be extremely unpopular within the Latino community, Republicans seeking to regain power in 2022 and 2024 should take notes from the past. Instead of alienating an entire demographic, perhaps Republicans should run on offering them something and making them feel valued in America (as Trump successfully has). Even if some GOP leaders don’t like how Trump converted their party into a circus show, they cannot deny that he has reshaped their party’s voting bloc for the better. The future Republicans who will run for elected positions should tap into Trumpism, especially now as we are seeing Trump’s supporters attempting to separate from the Republican establishment. With an increase in Black, Asian, Hispanic, millennial, and first-time voters as supporters, it’s unlikely that the MAGA movement will lose momentum anytime soon.