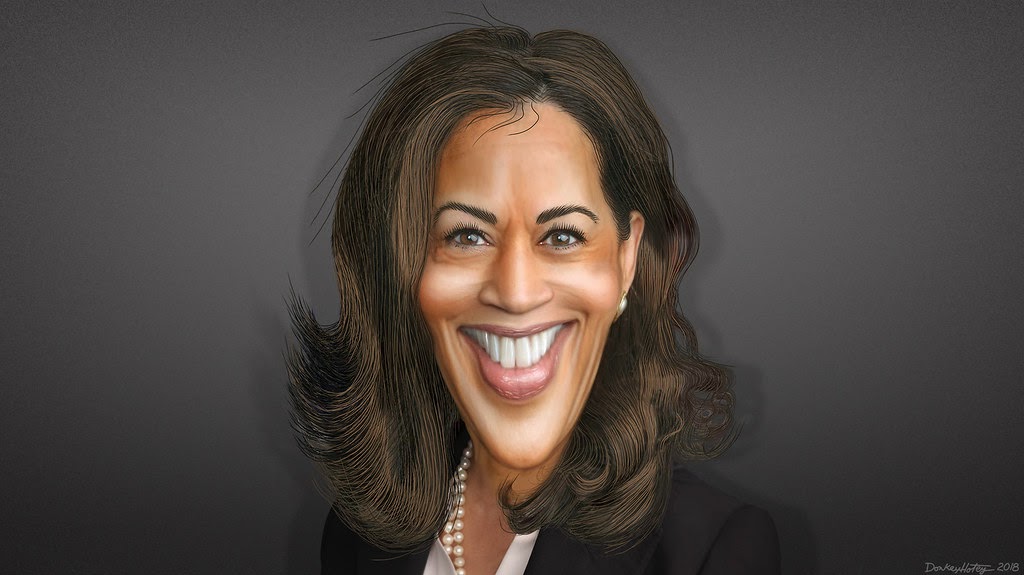 Kamala Harris: A Risk to the Biden Campaign?

Recently Joe Biden announced Sen. Kamala Harris as his running mate for the 2020 Presidential Election. Harris was seen by many as one of the front runners in the selection process as she ticked all the boxes the Biden was looking for. However, she also brings a lot of liabilities to Joe Biden’s seemingly “Moderate” campaign. Harris’s prosecution, voting record and “phony” views make her a liability to the Biden campaign.

Harris was born on Oct. 20, 1964 in Oakland, California to two immigrant parents: Shyamala Gopalan and Donald Harris, who were Jamaican and Indian immigrants. Harris graduated from the UC Hastings Law School and was elected as the attorney general in 2010 and re-elected in 2014. In 2016, she was elected to the United States senate, being the first Indian American woman senator.

During the Democrat Party presidential debates, Harris routinely defended her time as a prosecutor and her stance on criminal justice reform. This led to her being grilled by Rep. Tulsi Gabbard on her failings as a prosecutor and a proponent of criminal justice reform. In 2011 the supreme court ruled that California’s prison overcrowding was in violation of the Constitution’s cruel and unusual punishment clauses. In 2014, as overcrowding persisted, a panel in California ordered the state to make nonviolent prisoners with only two felonies that had served half their sentences eligible for parole. Harris’s office argued early release would harm the prison’s labor program. Another scandal of the senator came in 2010 when a technician was caught skimming cocaine from a crime lab and mishandling evidence. A judge ruled Harris’s office failed to disclose that information to defense attorneys, causing more than 600 drug-related cases to get tossed out. Harris’s record on wrongful convictions is also nothing to brag about. As AG, her office fought against DNA testing for death-row inmate Kevin Cooper. Cooper is still on death row, though legal experts believe the test could help overturn his conviction. Her office also defended the conviction of George Gage, who was charged in 1999 with sexually abusing his stepdaughter. Judges later found that Harris’s prosecutors failed to turn over exculpatory evidence to the defense. This included the fact that the stepdaughter had repeatedly lied to law enforcement and that her mother described her as a “pathological liar.” All of this is in spite of herself calling her a progressive prosecutor and a proponent of criminal justice reform.

Since being chosen as Biden’s VP, the media has started calling her a moderate. The New York Times drew criticism for describing Harris as a “pragmatic moderate,” even though her views and voting record say otherwise. In the 2018 GovTrack’s report card, the senator was ranked 96th out of 99 senators on a scale of most conservative to most liberal, placing her to the left of Sen. Elizabeth Warren, who ranked 87th, and slightly to the right of Sen. Bernie Sanders, who placed 98th. Harris has also embraced “radical” policies. She was a senate endorser of the controversial “Green New Deal,” which would cost between $51-93 trillion over the next decade and called Rep. Alexandria Ocasio Cortez’s 70 percent tax rate “fantastic.” Harris also supported a federal ban on fracking which is actually one of the reasons why carbon emissions have been declining. This could end up costing Biden votes in places like Pennsylvania where the fracking industry is relatively large. On healthcare, she co-sponsored Bernie Sanders’s Medicare for All plan and is in favor of Illegal immigrants and non-residents receiving “free” healthcare. In a debate, she also controversially raised her hand in favor of abolishing private health insurance. On the issue of abortion, she is also extremely radical. She, along with many Democrats and every Democratic presidential candidate, voted against the Born-Alive Infant Protection Act, which is designed to stop the killing of a child born after failed abortion. In 2017, she also supported the Women’s Health Protection Act, which would require any state with a history of passing anti-abortion legislation to get pre-clearance from her justice department. This means that Harris would force a state like Alabama to run any pro-life law by Harris’s department of justice before passing the law. Not only is this very authoritarian but it also violates almost every precept of federalism. Also, Harris said in a debate that if congress did not act on gun control, she would ban weapons by executive order, which is unconstitutional. When Biden called the measure unconstitutional in the debates, Harris said, “Joe, Instead of saying no we can't, how about we say yes we can.”

The senator also has a routine history of changing her views to become more popular with the public. This led to Republican President Donald Trump calling her “Phony Kamala.”  The easiest example of this is her stance on the police. In 2009, Harris wrote the book “Smart on Crime,” which has been used as an example for some policing practices. In the book, Kamala routinely defended the police and wrote “if we take a show of hands of those who would like to see more police officers on the street, mine would shoot up,” adding that “virtually all law-abiding citizens feel safer when they see officers walking a beat.” Since the protests in the wake of George Flyod’s death, she now says that “it is status-quo thinking to believe that putting more police on the streets creates more safety. That’s wrong. It’s just wrong.” Since then she has also supported the defunding of the Los Angeles Police Department. Another example is when she famously called out Biden for his racist laws and policies, such as the 1994 crime bill and opposition to bussing. At a campaign event in Nevada, in response to a question about the former vice president’s sexual assault allegations, she said, “I believe them, and I respect them being able to tell their story and having the courage to do it.” Since these attacks on Biden, Harris has routinely said that it was just political attacks and that she didn’t mean it. This has led to many voters questioning whether or not she actually means what she says or if she is simply a political pragmatist.

Thus, Harris brings in a lot of risks to the Biden campaign that outnumber her benefits. If Trump can reach out to voters and expose her radical views, Biden may run into problems.