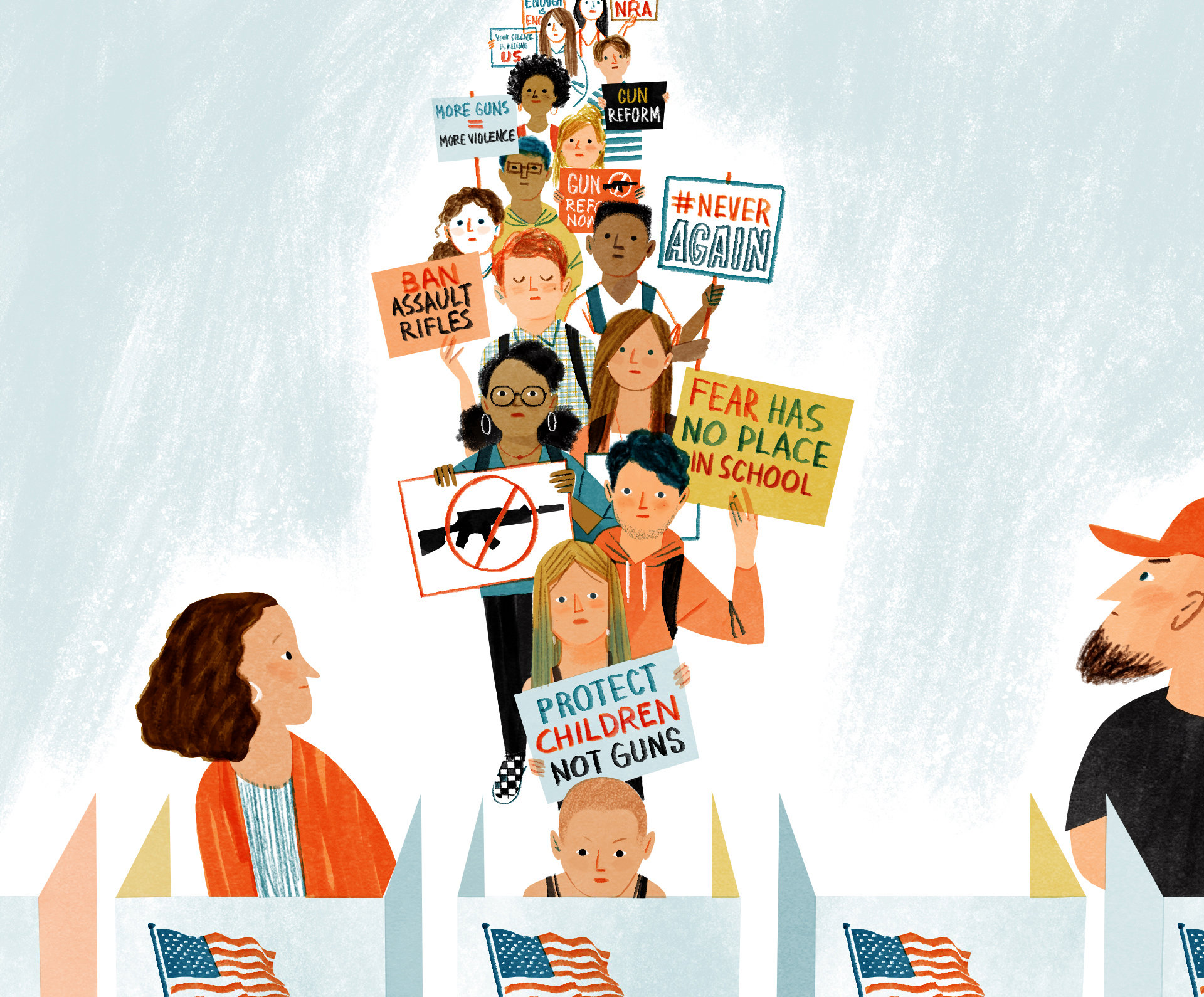 One of the most debated topics in the arena of politics is voter enfranchisement. Or, more specifically, voting age. Throughout history, the voting requirements have generally gotten less strict as time passes (such as in the U.S., where it has gone from free White men owning property to all adults over 18). It is time we lower it again due to many reasons, chief among them increased availability of news and information, greater concern regarding politics among young people, and more pressing issues that disproportionately affect young people (e.g. Climate Change).

A common argument cited against this is that young people “don’t know who they are voting for” or “they will just vote for who their parents vote for.” However, that argument was also used (albeit in a different format) against the Women’s Suffrage Movement in the early 20th century. The thing is, young people do know who they are voting for, oftentimes more so than older people. This is because more problems that we will have to face sooner or later exist now than in the mid-20th century. These issues range from Climate Change all the way to political corruption. The drive to change things may be greater in young people, as most of us likely have 70-90 years left on this planet, and we want to ensure that all of those years for us and our descendants are as good as possible. Since we obviously have something at stake here, we should have a voice, especially since the next few years are really important to control climate change. Thus, young people pay attention to the issues that are important because we need to.

Then we have the fact that young people nowadays have more exposure to news and politics than previous generations. Most of the news media outlets around the country and across the political spectrum from The Young Turks to Breitbart have a social media presence, not just ones like Twitter but on platforms more dominated by a younger audience such as Instagram. This means that political information is more accessible than previously when it was relegated mostly to Radio and Newspapers. It is important that we re-evaluate our laws often, as the Constitution ages based on all of the circumstances that change. When the constitution was written, Slavery was legal, the only reading material most families owned was the Bible, and the life expectancy in developed countries hovered around 35. That means what might have been pressing concerns then no longer carry the same weight now.

And then we have one of the biggest double standards in politics. 16 year-olds can be tried as adults in federal courts, have to pay taxes on any income over $12,200, and many other things. The same outrage over this standard (for different reasons) led to the passage of the 26th Amendment of the Constitution in 1971. This was because the U.S. was in the middle of the Vietnam War in 1971, and people aged 18-20 could be drafted and sent to fight a war a whole ocean away. Back then, the voting age was 21, but people being sent to their deaths by the Government caused the age requirement to change. Anyone who pays taxes and can be sent to a prison full of adult gang members should be able to have a say in the people that decide the laws that cause that. A precedent for this exists, partially stated above. In the early 20th century, Women were slowly given the right to vote (until it was fully authorized in 1920) because, in addition to decades of lobbying, the fact that they paid taxes and some even worked full-time jobs influenced public opinion (along with the obvious liberalization of society since the 18th century). Because being treated the same under a system you have no control over is ridiculous. It is basically two years of your life when you are indeed living under a dictatorship.

In a way, it is like Separate but Equal. The laws and treatments are legally the same, and people at a disadvantage are expected to not complain. But the people at a disadvantage didn’t get a say in the policies at all and for the most part, never even supported it in the first place. Really it is just a huge double standard. Politicians (of both parties) are always saying that people ages 16-17 are not mature enough to vote or exercise the powers granted to adults, but really it is wrong. For Instance, someone born 80 years ago with late-stage dementia will be able to vote in 2024, while I will not be able to because I turn 18 the following January. Yet lots of politicians think that is perfectly acceptable for this to work.

To Summarize, young people are a decently large demographic. Some old people only vote for who will make their Exxon stock go up since they will likely be dead by the time effects of important things like Climate Change start to pick up. Studies have shown that there is no real gap for cognitive decision making between 16 year-olds and 18 year-olds, thus the only thing blocking a change in the voting age is just partisan politics. Young people are just as smart, capable, and decently politically educated as any other age demographic. Both sides of the aisle use stuff like this as a political pawn, like this is something to be a bargaining chip to do whatever they want. Denying intelligent and capable people the right to vote is wrong. 16 year-olds fit into that category.