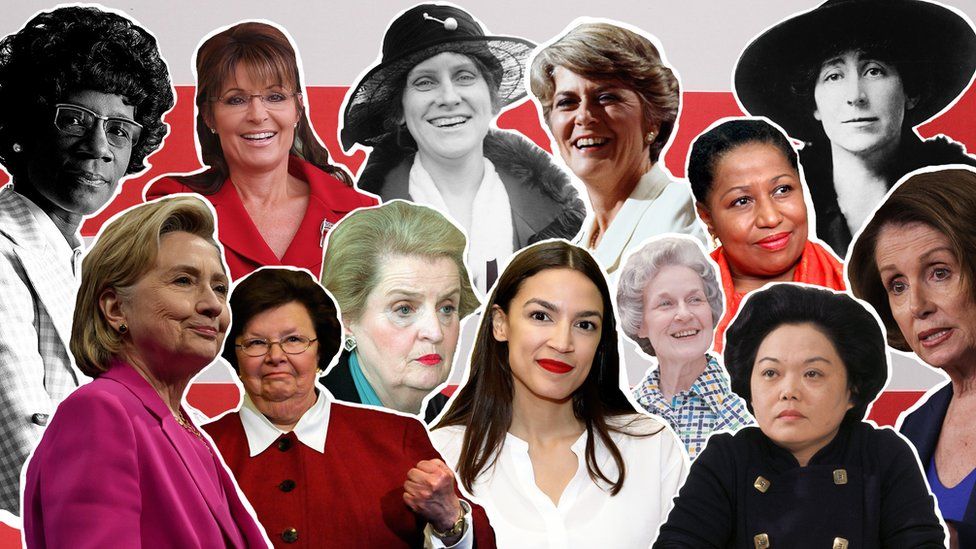 Nasty Women: The Double Standards of Being a Woman in Politics

Take a look at Twitter. Maybe scroll through the tweets about Vice President Kamala Harris, especially after the vice presidential debate last October. After a few minutes, you'll start to notice something: a slew of tweets from prominent political figures and regular citizens alike referring to her as "unlikeable," "power-hungry," "a monster," "aggressive," and even "an insufferable lying B---." If Vice President Harris were a man, no one would have batted an eye, let alone called her any of those terms. More recently, the Wall Street Journal published an op-ed where the author referred to First Lady Dr. Jill Biden as "kiddo" and told her to drop the "Dr." and take the "higher honor" of being First Lady. Being a woman in the political landscape, whether as a politician or a spouse, means being faced with constant criticism rooted in sexism.

The same qualities that are valuable and praised in male politicians--assertiveness, intelligence, and ambition--make female politicians "unlikable." The concept of "likability" can make or break a woman's career in politics, while for men, likability is a bonus, not a necessity. However, if women are not assertive or ambitious, they aren't taken seriously. This is not unique to Vice President Harris. Female politicians on major party tickets have always faced this catch-22. The first woman to be on a major party presidential ticket was Geraldine Ferarro in 1984, who faced the same problem. In the vice presidential debate, George H.W. Bush referred to her as Mrs. Ferraro rather than Congresswoman Ferarro and started a statement with, "But let me help you, Mrs. Ferraro, with the difference between Iran and the embassy in Lebanon." Such condescension hasn't improved since 1984. During the 2020 vice presidential debate, despite Harris being the only person on the debate stage to have worked in law enforcement, Vice President Pence tried to lecture her on "law and order." Pence also interrupted Harris twice as many times as she interrupted him, according to NBC. This is reflective of a broader pattern: men are 33% more likely to interrupt a woman than another man, according to George Washington University. This speaks (no pun intended) to the fact that women are taken less seriously than their male counterparts. This phenomenon goes beyond just politicians. A study by Northwestern in 2017 found that male SCOTUS judges interrupted their female colleagues three times more than they interrupted their male colleagues. Women always have to fight an uphill battle to be taken seriously.

According to Pew Research, traits such as being assertive, decisive, and ambitious are viewed as more helpful to men than to women. Even the "advantages'' that women have over men are rooted in sexism. Women are viewed as more compassionate, empathetic, and better role models for children, all traditionally maternal and feminine traits. While these are characteristics that are often valued by voters, the likability complex almost always outweighs the benefits of these traits. Despite being seen as more compassionate and empathetic, if women do not come across as strong and intelligent, they will not be taken seriously. If they do come across as strong and intelligent, then they become unlikable, thereby nullifying any benefit the traits of compassion and empathy provide.

If a woman tries to compensate for her gender by dressing more masculine or speaking more decisively, she is seen as brash. However, if a woman is traditionally feminine, she won't be taken seriously. Not only do women in politics face a catch-22 to be successful, but the gender disparity in elected office means that women's voices are often left unheard on issues that overwhelmingly affect them, such as reproductive rights and domestic violence.

Party affiliation largely influences how voters perceive gender disparity and the challenges that create it. (This is not to say that one party or the other is sexist, just that there are different views across the aisle.)

The gender disparity in politics is made worse by disagreement over its existence and what causes it. Overall, Democratic voters are more united, regardless of gender, on what the issues are, whereas Republican voters are divided between men and women on many issues. It is even more difficult for Republican women to reach higher office because their party remains much more divided on the problems they face. Between the double standards women face and the disagreement over the existence of the gender disparity, women face an uphill battle towards political success and having their voices heard on the issues that matter most to them.