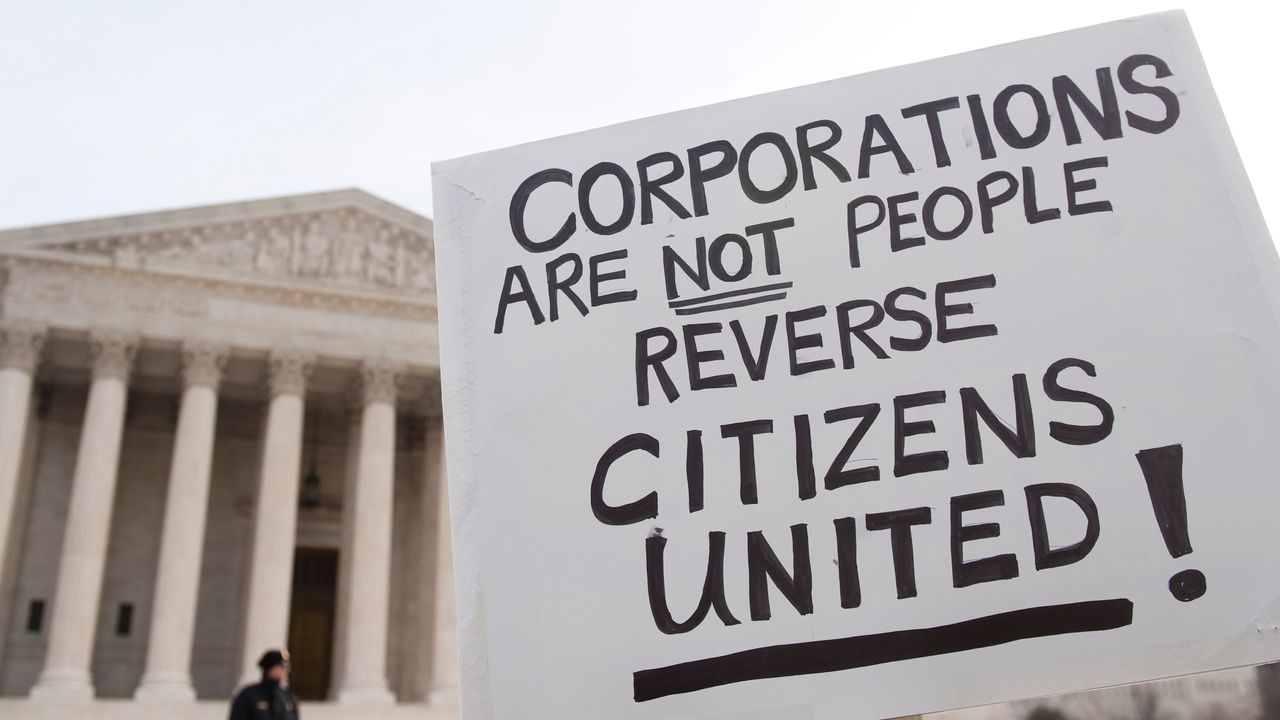 It’s no secret that politics is a rich man’s game, which has only gotten worse over the last ten years. Big money controls our political elections, our government, and our democracy, and it’s because of cases like Citizens United.

Citizens United v. Federal Election Commission is a widely disputed Supreme Court case ruling made in 2010. In a 5-4 vote, the court ruled that corporations are allowed to spend an unlimited amount of money on a candidate they support, or on calling for the defeat of a candidate they oppose. It was found that restricting the amount of money a corporation can spend on a campaign was a violation of free speech. Chief Justice John G. Roberts, Jr., part of the majority in the case, stated, “the test and purpose of the First Amendment point in the same direction: Congress may not prohibit political speech, even if the speaker is a corporation or a union.”

The four liberal Supreme Court Justices disagreed with the outcome of the case, with Justice John Paul Stevens saying that Citizens United “threatens to undermine the integrity of elected institutions across the nation.” He also made the argument that corporations should not obtain the same constitutional rights as people do. Furthermore, allowing a certain group to spend unlimited funds overpowers the speech of others. By protecting a corporation’s “freedom of speech,” you are allowing them to overshadow the majority of the American public — the majority that is supposed to be represented in our government.

Over a century ago, before Citizens United, campaigns were unregulated. It was obvious that corporations were spending money on campaigns as a form of bribery to influence public policy. Then, the Tillman Act of 1907 was passed, attempting to “regulate campaign finance” and prevent corporations from influencing elections. Before 2010, there was a limit to the amount of money outside groups could spend to try and make politics more equal. Now, of course, this blatant bribery is considered freedom of speech and is 100% legal.

The Citizens United decision did not make it legal for companies to donate funds directly to those running for federal office. This decision only regards money being spent in ways coordinating with a political campaign and had to do with outside groups, not individual people. The ruling has faced numerous complaints and backlash along with many negative effects.

An individual can’t directly “bribe” a candidate. But they can donate their money to an independent political action committee, or Super PAC, “which may raise unlimited sums of money from corporations, unions, and individuals,” according to its definition. This allows them to influence a candidate’s decisions in government by contributing to them financially.

As depicted in the graph, after the Citizens United decision was made in 2010, spending by outside groups dramatically increased. This is in no way surprising. Citizens United led to the increase in Super PACs and “dark money,” which, according to Vox, is “spending from nonprofits that don't disclose their donors.” Those two groups make up the majority of spending of outside groups in the above graph.

Dark money allows the donors to stay anonymous, whereas with Super PACs, the donations must be public. This means through dark money, wealthy donors can spend as much money as they want with no transparency.

Big money is a bipartisan issue, with both Democrats and Republicans being influenced by it. When it comes to campaigns, the majority of the time, the candidate with the most funds raised wins. According to The Center for Responsive Politics, a non-profit, nonpartisan research group based in Washington, D.C., in the 2020 Congressional races, a candidate was part of the over 80% of candidates who won their race if they had more money than their opponent.

This is why money is important to win as a political candidate. Money wins positions, and candidates need to find ways to raise that money, or someone to donate it to them.

Lobbying and campaign contributions go hand in hand. Lobbying in politics is an attempt to influence a politician into making certain decisions that benefit them or their group. Corporations donating millions of dollars to a candidate and then that candidate making decisions that benefit that corporation only hurts the majority of the American public who don’t have that kind of influence.

And let’s ask ourselves: who is Congress really representing? Congress constantly hands out tax cuts to high net worth individuals with no problem, and then spends so long passing bills that will help the working class.

It is clear how big money influences our government. For example, Betsy DeVos, former President Donald Trump’s Secretary of Education, never even worked at or attended a public school.

In a famous encounter with Senator Bernie Sanders during her confirmation, he said, “Mrs. DeVos, there is a growing fear, I think, in this country that we are moving toward what some would call an oligarchic form of society, where a small number of very, very wealthy billionaires control, to a significant degree, our economic and political life. Would you be so kind as to tell us how much your family has contributed to the Republican Party over the years?” After that, she stated her family might have donated $200 million to the Republican Party. Herein lies the problem. Unqualified people are serving in positions they don’t deserve because of money.

There is hope. Bills like the For the People Act are being passed, which, according to Business Insider, “aims to amplify the power of small donors, who more closely represent the average constituent in terms of gender and race, and ensure more transparency in political spending.” It would also work on expanding voter rights.

When big money and millionaires influence and decide our political elections, the public no longer has a say in who represents them. And if we as the public are not being represented fairly and accurately, then we are no longer in control of choosing our legislators. Big money having the ability to influence campaigns is a threat to our democracy.

The difficult part is that to change Citizens United or have any sort of reform, it’s up to the Supreme Court, which is even more conservative than when the decision was made in the first place.

We need transparency. We need fair and honest elections. Candidates should be elected because they best represent what their constituents want, not because they were able to raise the most money. Our government needs to reflect the will of the majority of the American people, not just the wealthy.