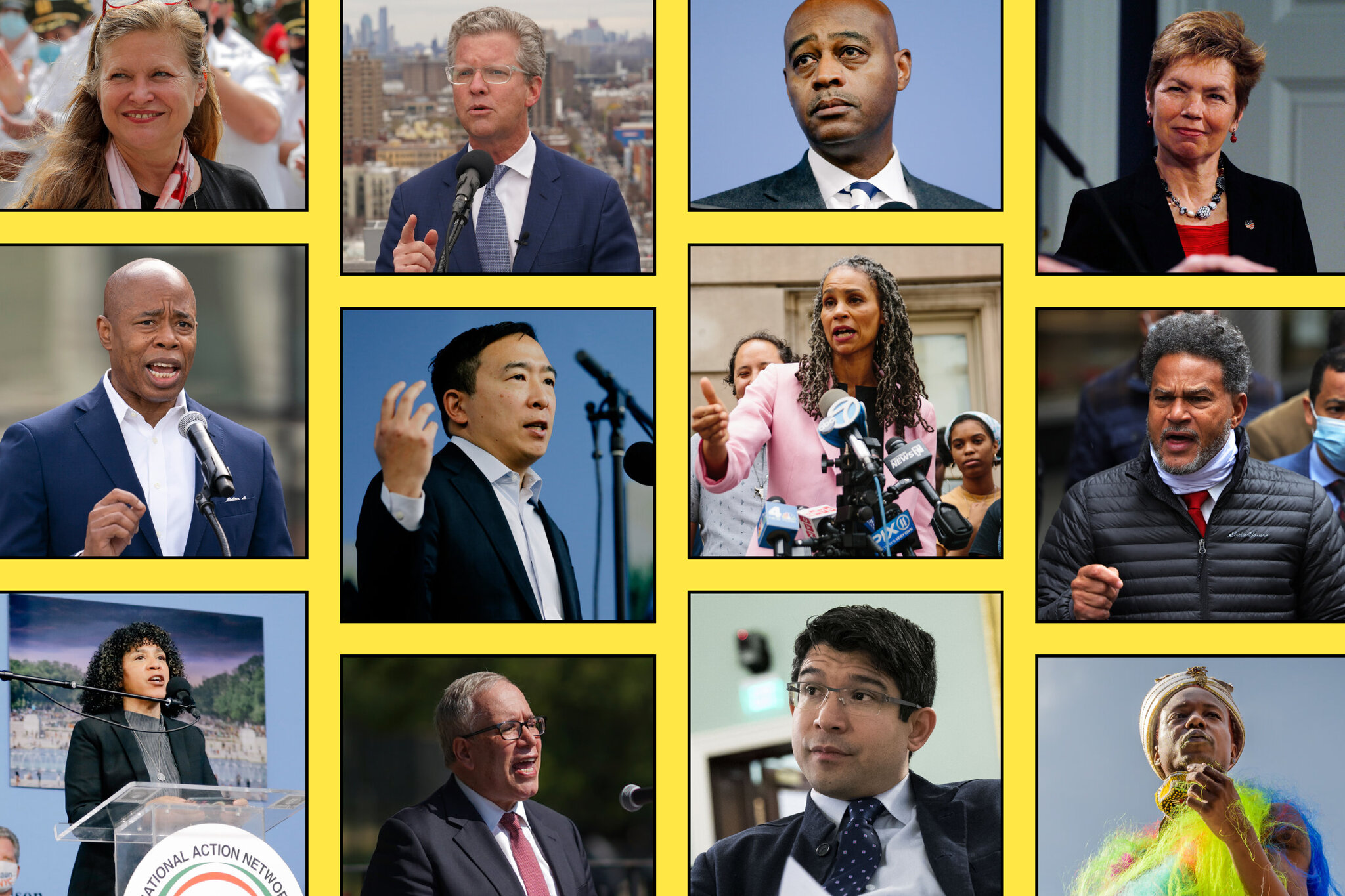 New York City is the most dominant city in America, giving birth to a unique culture of politics. The coveted mayoral position is a stepping stone to the national political stage as the mayor will constantly be in the news and gain name-recognition that would support gubernatorial or presidential runs. Until this year, the mayoral race was fairly lackluster. Incumbent Bill de Blasio, while not being very popular, trumped his competitors since 2014. Now, however, the position is wide open, attracting its share of life-long politicians, “outsiders” and new age candidates looking to make a name for themselves. Today, I am going to analyze the prominent frontrunners in this race and the actors at play to give all of you a better understanding of the race at hand.

The current frontrunner and most recognizable name in the race is none other than Andrew Yang, former business leader and presidential candidate. Catapulting to the main stage in 2020 proposing UBI, Yang has rode off his popularity and recognition on the national stage to build a coalition of fervent supporters in NYC. Currently polling upwards of 20 percent, Yang has enjoyed heavy support from the Asian American community, with AAPI recently announcing that it would help Yang both with finances and campaigning (Clark). With NYC having about 15 percent of its population being of Asian descent, this support may be enough to push Yang over the edge. Historically, NYC’s mayoral races have low turnout so a fervent small group of supporters is truly enough to be a frontrunner, and ultimately win. More interesting than Yang’s demographic support are his policies. As many remember, as a presidential candidate Yang had unique ideas that were refreshing to the general public. Yang has brought this uniqueness with him to this race as he has pledged to create a public bank, create a form of U.B.I (Universal Basic Income) for impoverished New Yorkers, and use a force of tutors to revolutionize education. While this is appealing, Yang currently has not provided his plans on issues like health care and the economy which is bound to create issues with him as election day nears and voters look for more tangible solutions to the issues created in the aftermath of the pandemic. Yang has also received criticism from the fact that he has barely lived in New York and is unfamiliar with the city. This remains untrue as he has been a resident of the city for over 20 years, with the exception of recent campaigning in states like Georgia and Pennsylvania.

Next up is Eric Adams. Unlike Yang, Adams is a more institutional face in the race as he previously served as president of the Brooklyn borough president. As a life-long NYC resident, Adams trumps Yang in being immersed in the city and its needs. Adams, having had negative experiences with the police force, joined the police at an early age to try and reform the system from within. Working as a police officer, Adams made news for opposing police policies and gaining the attention of some other officers, specifically on issues of police brutality and racist policing tactics. After years in the police force, Adams ran for the State Senate as a Republican which has gained negative press in the race. Critics say this move demonstrates Adams lack of political grounding and desire for power, as he changed to Republican when the Senate and Mayor of NYC had flipped red. Despite this, Adams continued on his political career flipping back to a Democrat and being elected as the Brooklyn Borough President. Coming from a humble beginning, Adams biggest strengths lie in his journey and commitment to the city as a whole. He will draw large support from the Muslim community in the race. However his tenure in the public eye has also drawn negative attention. His association with polarizing figures like Louis Farrakhan undermined his support from many and investigations into his possible corruption as a State Senator. The debates will be crucial for Adams to clear the air and create the narrative he chooses to run with.

Adams and Yang are the two clear frontrunners and likely will dominate the race as the rest of the field is up to ten percentage points behind them. In this packed field below these two, Scott Stringer appears to be the next most popular candidate. As the city controller, Scott controlled major departments of the city and gained political power. Early in the race Stringer enjoyed much support and gained the endorsement of prominent political groups like the Working Families Party. Many saw him as a better safe alternative due to his past political experience. However, his campaign has recently been derailed due to allegations of sexual conduct by former co-workers of Scott Stringer. Stringer had lost nearly all of his endorsements including that of the Working Families Party. Many prominent officials urged him to drop out but as of now Stringer remains in the race. Recent polling places him at about 9 percent of first place votes, which makes his path to being elected look slim. Moreover, with Cuomo’s recent allegations it is highly unlikely that Stringer still stands a change with his own allegations. While being a figure common in the political scene he no longer has the political capital necessary to gain traction among crucial voting bases in the city.

With the frontrunners established, it is important to look at the forces at play in the election. The community most politicians tend to focus on is the Orthodox Jewish community. While making only a fraction of the total population they carry major political clout due to high turnout. This pull has been seen in candidates like Andrew Yang who have used the escalation in the Israel-Palestine conflict to promptly side with Israel and hopefully gain votes from this community. Other than this, institutional forces have been scattered and less prominent. All three frontrunners can not be considered true outsiders and therefore have split PAC contributions. Adams and Stringer though have received the most money thus far likely due to their tenure in city politics. Making up for money is Yang’s name brand and strong base of fundamental supporters. With all this in mind, NYC’s mayoral race is shaping to be the most memorable in recent history.