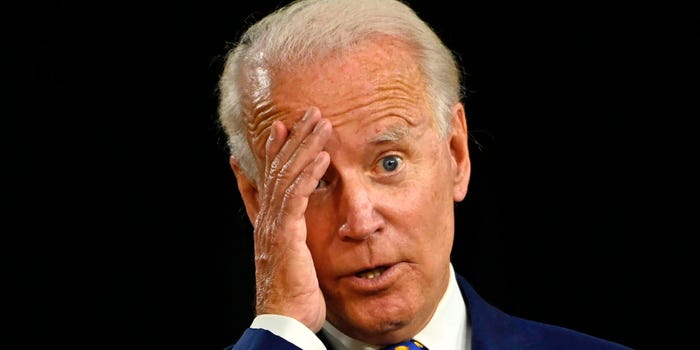 In recent weeks, President Joe Biden and his administration have fallen under a lot of backlash regarding his failure to uphold promises made during his presidential campaign. His campaign focused on minimizing the harm that he believed the Trump administration caused over the past four years, but many critics are beginning to see an increase in harm and broken promises. Biden created a list of goals that he wanted to meet within the first 100 days of his presidency, but how many goals has he truly accomplished thus far? With his most recent actions regarding mass deportations, illegal use of military officials, continuing to separate immigrant families, etc., much of the country has gone into a panic, pointing out that these were not his initial intentions or plans. As seen in previous presidencies, many presidential candidates may embellish their speeches and promises in hopes to get more votes, but Biden has only been in office for a little over a month and has caused many people to rethink their original vote and support for him. Even narrowing it down even further, Biden has lost many supporters over the past week due to his decisions, creating a divide in the Democrat Party.

One of Biden’s biggest argument points in his campaign was closing the gap and eliminating racial discriminations in this country, but it is clear that he isn’t keeping his word on this issue. February is Black History Month, therefore making the general public extremely upset since Biden has been supporting ICE and their efforts. According to its website, its main job of ICE is to, “Protect America from the cross-border crime and illegal immigration that threaten national security and public safety.” It has been argued for years that ICE is extremely harmful and must be abolished, but this idea caught more media attention during Trump’s presidency, as people claimed he was working closing with ICE and building a wall. Recently, it has been exposed to the public that Biden has been working with ICE, rather than trying to abolish it, leading to hundreds of immigrants being deported in only a few days. Many believed that the election of Biden and Kamala Harris would result in the abolition of immigration policies put in place by the Trump administration and would actually help immigrants in America. However, we can see that the opposite is happening, as within the past week, Biden has been deporting immigrants, particularly to places where they can be in danger. For example, Haiti and Africa are suffering both politically and economically, meaning that they are incapable of taking in deportations from the United States that Biden is creating. Going back to the idea that February is Black History Month, many of the immigrants being deported are Black immigrants. The Washington Post used a quote from a 33-year-old laborer who is on the verge of deportation, stating, “‘Please, I’m on my knees. Please stop the deportations. We are dying.’” There was a dramatic spike in Black immigrant deportations under the Biden administration that few expected, especially because one of their main promises was against the racism that they believed the Trump administration displayed the past four years. Not only has there been a great increase in deportations, there has been a dramatic increase in controversy revolving around the reopening of the Homestead facility in Texas.

Many believe that the Homestead facility was opened under the Trump administration, but it was actually opened during Obama’s presidency. President Obama and former Vice President Biden opened the Homestead facility for migrant teens who illegally crossed the border without their parents back in 2016. The new outrage involves the planned reopening of this facility by Biden, but it has been seen as extremely harmful to the children with allegations of rape, sexual abuse, mistreatment, and more. This is the second instance where Biden has broken his promise to protect immigrants in the U.S. and work to reverse Trump’s destruction, leaving the public in disbelief. There have been multiple abuse allegations against staff working at the detention center, leading to the termination of only a small majority of them. It has been proven multiple times that the conditions in the facility are harmful to children and should not be open. Immigrants are already being taken away from their families when deported from this country, and now this facility is keeping children from their families, detaining them for months at a time. Many officials are claiming that Democrats are hypocrites, as they wanted to reopen the borders, but now children are being left at the border in extremely unsafe conditions with no family to comfort them, again separating immigrant families, which Biden promised to stop. The White House has come out with a statement stating, “It’s not a detention center; it’s a shelter,’' according to the Local10 news source, but there have been very little updates coming from the Biden administration. Unfortunately, this isn’t the end of the administration causing destruction and going against Biden vouching that there will be less harmful policies.

On Feb. 25, Biden launched an airstrike against a facility affiliated with an Iraqi armed group. This action was a major shock to the country as no one was expecting this large of his use of power to be demonstrated so early in his presidency. As a result, he has received major outrage again from American citizens, claiming that this use of power in regard to the military was completely unconstitutional and unnecessary. News has come out stating that Biden didn’t consult the legislative branch and was unconstitutional, as there must be congressional approval before offensive military action is carried out, stated by DefenseNews. Americans are afraid that this could harm the U.S., possibly creating a new reason for Syria to strike back.. Some Democrats supporting the attack believe this could possibly send a message to Iran to not mess with American troops, including those stationed in other countries. Regardless of whether or not it was the “correct” move to make, it was completely unconstitutional and an abuse of power that Biden is attempting to get away with.

There have been many controversies surrounding President Biden and his administration only within the one month that they have been in office. Biden created a large amount of promises that he has not upheld and/or completely disregarded during the last couple of weeks, creating the rise of protests and angry citizens. We, as U.S. citizens, have the responsibility of holding our president accountable and ensuring that we are completely protected and not lied to in order to get votes. The lies and broken promises are now creating separations between parties and the uprising of major protests in order to feel like we are protected again, trying to hold President Biden and Vice President Harris accountable for their actions.

Putney, Michael, and Andrea Torres. “White House on Returning Migrant Kids to Homestead: 'It's Not a Detention Center; It's a Shelter'.” WPLG, WPLG Local 10, 27 Feb. 2021, www.local10.com/news/local/2021/02/27/white-house-on-returning-migrant-kids-to-homestead-its-not-a-detention-center-its-a-shelter/.

Hi, my name is Samantha Parker and I am a 16 year old from Upstate New York! I am currently a junior in high school and I am extremely involved in clubs such as Key Club, H4H, MHS, SNH, and outside of school I enjoy going to the gym and snowboarding. I am right leaning, especially economically, and believe that the government needs to be more confined in order to function to its fullest potential.