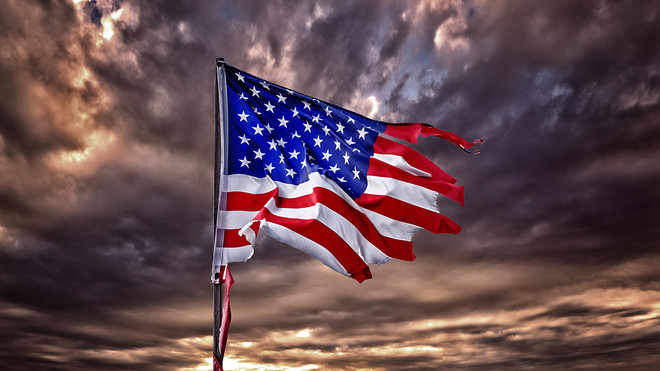 Pulling Back the Curtain of White Wealthy Suburbia: The Heart of Systemic Racism by SARC

By
Editor in Chief
on
May 2, 2021
Category:
Social Policy

This article was submitted by Ethan Koh of the SARC of Southlake.

Driving through the streets of my hometown, Southlake, Texas, I pass the largest, most luxurious homes in the country. White-picket fence enclosed, artificially lush green yards are strewn with Trump 2020 campaign signs. The average Southlake family conjures imagery of the picture-perfect “American Dream.” My childhood home is down the street from Dana Loesch, the infamous former spokeswoman of the National Rifle Association. My public high school is filled with the children of NFL players, billionaires, CEOs, politicians, and celebrities. By design, Southlake is a mecca for wealthy white families.

To maintain this suburban paradise, the physical landscape of America has been shaped by racist housing policies, motivated by the desire to exclude people of color, particularly Black people, from all-white neighborhoods. Beginning in 1865, the unrealized reparations that originated as the “40 acres and a mule” policy to compensate slaves transgressed into lackluster, exclusionary housing policies over time. Due to a shortage of housing in the 1930s, the federal government created new housing policy under the New Deal in which “the Federal Housing Administration furthered the segregation efforts by refusing to insure mortgages in and near African-American neighborhoods — a policy known as ‘redlining.’”

Suburbs then began to grow in the 1950s as a consequence of white flight. White people with the financial means escaped the increasingly diversifying, “poverty-ridden” communities of urban environments to establish “safe” enclaves of white purity and protection. Contemporarily, wealthy white suburbia takes a new form of social desirability, which presents itself not as overtly racist, but as meritocratic. The logic follows that modern-day suburbs are not inherently racist because they do not explicitly preclude families based upon skin color, but rather they adhere to a paradigm of capitalist success and family cohesion. This myth of “equal opportunity” fails to account for the highly unequal starting points of different individuals, marked significantly by racial income disparities and systemic racism that prevents Black and Brown individuals from truly having the same opportunities as white people.

The racist formation of suburbs has become particularly evident as the Trump administration, in an attempt to “save suburbs,” rescinded the Affirmatively Furthering Fair Housing Act (AFFH), an Obama-era policy created in an attempt to take meaningful action against preexisting discriminatory housing policies. The nature of racism has surreptitiously evolved to conceal itself, using financial stability as a Trojan horse to disguise the overt bigotry and discrimination inside. Neal Gorenflo articulates “[t]here may not be a clearer example of structural racism” and its costs to Black Americans than our nation’s housing policies as “the U.S. is one of the most unequal and resource intensive societies in the developed world. Our massive, racist commitment to single family housing is a big reason for this. It turns out that hate is extremely expensive.”

Southlake, Texas is one such community fervently dedicated to single, nuclear family housing. Just a few months ago, Southlake rejected a proposal for a large plot of land to be used for apartment building construction. Consistently, citizens of Southlake cite their biggest fear for their town’s development as the encroachment of these unsightly, high-density, property devaluing non-family residences. It is clear that this resistance to affordable, non-discriminatory housing derives from systemically racist and classist origins inherent in the structural formation of the suburb.

Influenced by decades of exclusionary and discriminatory housing policy, Southlake became a town shrouded in a facade of “excellence” synonymous with “white and wealthy”. Carroll’s motto, “Protect the Tradition,” has fostered a fallacious notion of success which necessitates and demands exclusion. Since the district’s inception in 1919, CISD’s regressive culture has fundamentally undermined its obligation as a public school to serve all students. This has resulted in severely disparate achievement gaps for students outside of Southlake’s wealthy and white majority population. According to the Educational Opportunity Project at Stanford University, CISD bears an achievement gap of 2.3 grade levels between poor and non-poor students, an achievement gap of 0.79 grade levels between white and Black students, and an achievement gap of 0.57 grade levels between white and Latinx students. This data shows one of the many ways systemic racism butts its ugly head in the lives of BIPOC students.

Suburbia has insidiously co-opted the nature of overt racism and imbued it with cordiality. It is no longer cool or socially desirable to be an open bigot. Instead, vicious attacks on people of color are masked as innocent jokes and accidental ignorance. But for students of color, like me, who walk through Carroll’s hallways, the same devastating effect remains—we know we are different, and we feel we are inferior. A single, insular, racially charged joke or “microaggression” can be guised as ignorant. A constant barrage of this racially charged bullying left unaddressed is systemic racism. Unfortunately, the latter has become the norm for BIPOC in Southlake, a town infamously known for its wealth and prestige, paired with its racism and bigotry. A number of public incidents have attested to the intolerance which runs rampant behind the scenes in this wealthy, predominantly white suburb. In 2017, a plaque in our centralized shopping precinct, Southlake Town Square, dedicated to former Black NFL player Frank Edgar Cornish IV was defaced with the threat “KKK will get you, Black people.” In October 2018, a video of nine Carroll students chanting the n-word made national news. A subsequent video of other white students doing the same emerged less than four months later. In January, Carroll High School was extensively vandalized with racial slurs on the day the newly founded District Diversity Council was set to meet. This normalized culture has cultivated an environment inherently hostile to BIPOC –– especially Black–– residents, families and students.

Consequently, on June 18th, 2020, Carroll ISD Class of 2016 graduate, Nishita Pondugula, began writing a 21-page demand letter to her alma mater. She would continue to recruit a coalition of current and former students dedicated to bringing anti-racist change to CISD. This group evolved into the Southlake Anti-Racism Coalition (SARC) and began by anonymously publicizing testimonies from hundreds of current and former CISD students. We received over four hundred testimonies in less than a month. In addition to overt instances of racism, these testimonies told stories of the everyday indignities students and families of color –– as well as otherwise marginalized students –– faced, further reifying their inferiority and lack of belonging in an elitist, white-dominated space. These testimonies were heart-wrenching, devastating, and infuriating. They demonstrated a problem not simply insular to individualized occasional experiences, but rather to an issue endemic and deeply ingrained in a town plagued with a history of redlining, segregationist policies, intolerance, and systemic racism.

Diversity and suburbia are, as they currently stand, incompatible. The image suburbs seek  to maintain has no place for inclusion, systemically and meticulously muzzling the mouths of those who don’t fit the white ideal. Marginalized voices are seen as an affront to suburbia’s peaceful, palatable, white way of life. Calls for equity and justice in our community have been met with hostility and aggression by members of the white majority who feel threatened by the prospect of diversion of resources to systemically and publicly protect and empower minorities. The guise for such racism largely involves the imagined fear of social justice indoctrination or enforcement of a secular morality in public schools, fundamentally failing to recognize any basic human rights beyond those freely held by white, Christian individuals. The prospect of our voices being amplified undermines the fundamental foundation and culture of the suburbs.

On June 2nd, the mayor of Southlake, Laura Hill, publicly denounced a Black Lives Matter demonstration (officially termed a “racial justice protest” inspired by the movement reinvigorated after the death of George Floyd) citing a “as a Mother I can not in good conscience tell you to send your child.” The impetus of this statement stemmed from extraordinarily illegitimate, unsubstantiated, racially-coded and fear-mongering claims that “outsiders” –– ostensibly not the white, wealthy and respectable populace of Southlake –– and “Antifa” would likely arrive to instigate violence. Businesses boarded up and closed-up shop, snipers were stationed across rooftops, and a heavily militarized police presence occupied the objectively innocuous, high school student-led event. Leigh Wambsganss, the former Southlake Mayor’s wife and now prominent local community member even went so far as to threaten the lives of the minors, predominantly Black female Carroll High School students, who organized the protest.

Comparatively, a week prior to this remarkably peaceful event, the ‘Open Texas’ Rally, in protest of business closings as a precaution due to high levels of community spread of COVID-19, took place in the same location. The similarly inspired ‘Open Michigan’ rally brought many heavily armed, Confederate flag-bearing, militant far-right protesters, but the potential for white violence did not warrant the Mayor to discourage citizens from attending the ‘Open Texas’ rally out of “safety concerns”.

Behavior concomitant of Southlake leadership, former Southlake Mayor Andy Wambsganss launched a smear campaign against the newly formed Southlake Anti-Racism Coalition on social media with the support of former NRA spokesperson Dana Loresch, Southlake City Council and CISD School Board members, influential community business owners, and myriad Texas state and local politicians. When the CISD Board of Trustees was due to vote on anti-racist legislation, Wambsganss led an oppositional army of Southlake parents, instigating a petition using paid advertisements and robocalls to mobilize under a fear-mongering campaign coined “Southlake Families.” Andy’s work, in conjunction with an organized influx of community mobilization, pushed the school board to shirk responsibility to their BIPOC students and not pass the “cultural competence” legislative proposal, using the “need for more community input” as justification.

The privilege of wealthy white people comes at the expense of perspective and empathy. Most remain willfully ignorant to the racism and discrimination so ubiquitously felt by others in their community and show no intention to learn, for an inconvenient truth is better left ignored.

The scope of this op-ed has only touched on the racial disparities in the microcosm of wealthy white suburbia. From the vehemently racist community backlash to our coalition to the complacency of the CISD School Board, it is clear that policy change is crucial in dismantling the systemically racist institutions that so gravely harm BIPOC students. Despite the current ubiquity of racism in wealthy white suburbia, I am hopeful for nation-wide change. Similar student-led groups like SARC have been emerging across the country, creating platforms for marginalized student voices and wielding their social media presence to incite change. These initiatives efficaciously force those in power to demand positive, enduring change for marginalized students and community members. While the immediate future of our fight for anti-racist reform at CISD may seem futile, the inequity acutely felt by all marginalized students can no longer be ignored in our country’s movement of racial reckoning. Suburban schools can no longer be a haven for racism and whiteness. As marginalized students begin to use their collective voices and continue to fight for the justice they have always deserved, critical consciousness will spread, and eventually, suburbs will be seen and confronted for the racism they clandestinely harbor.