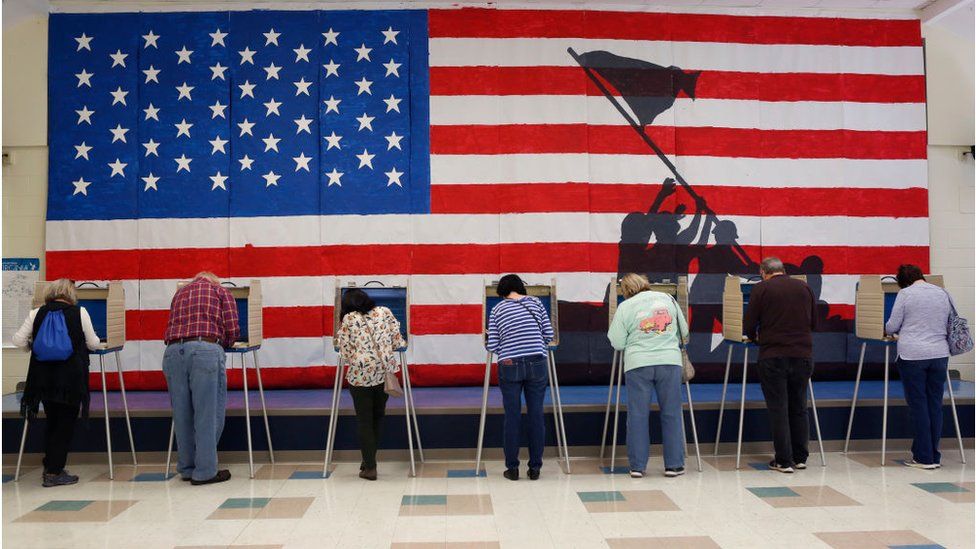 Every 4 years we hear that the approaching election will become the most important of our lifetime, so you can imagine the importance that campaigns hold. Presidential candidates have to convince voters that they are best suited for the position in the Oval Office with the best plans for key issues. With dozens of politicians getting knocked out one by one each election cycle, it’s easy to forget about the numerous candidates that participate in the process quadrennially. This article will explore three of those from modern history, each being interesting to analyze in its own way.

Republican Herman Cain, formerly a senior adviser to Bob Doyle’s campaign and the CEO of the National Restaurant Association, decided to run for president in 2011. Growing up from humble beginnings, it had been an idea of his since 1996. But it quickly became obvious that politics was not his forte, leading to accusations that he was participating in the race solely for self-promotion. When opponent Barack Obama was asked about what he thought about his challenger, he stated “I believe he’s a decent man, but a terrible leader.” The tax plan unleashed by Cain, sloganed as “9-9-9”, proposed taxing income, corporate, and sales tax all at 9 %. His staff was mostly comprised of young aides that hadn’t grasped theory for the campaign trail and ultimately sent him to states where he shouldn’t have gone. He had frequent fumbles with foreign policy questions and made some controversial statements that were offensive to Muslims. Still, many liked Cain’s unconventionality in contrast to the traditional establishment type candidate. Televised debates launched him into prominence and showcased the extemporaneous style that set him apart from the large field of experienced Republican candidates. His frontrunner status in the polls came to an end when multiple women accused him of sexual harassment. He shifted the blame towards rival Rick Perry, charging that his team was responsible for leaking the scandalous information. Still aiming to continue in the race after denying those claims, everything came crumbling down when another woman claimed they had an affair for 13 years. Cain and his wife Gloria made the decision to suspend their campaign in December 2011, noting that “distractions” had hurt the family. Although he did not withstand the numerous allegations, Cain has been recognized as the precursor for Donald Trump’s win as both casted themselves as outsiders.

Two-term Florida Republican governor, Jeb Bush, hadn’t run for office since 2002 but formally joined the 2016 race in June 2015. The day the seemingly ideal candidate announced his bid for the White House, he went from 10.8% to 16.3% in the polls. Although out of practice on the campaign trail, his policy-centric campaign and super PAC garnered $130 million in donations, outperforming the competition. His response to questions on Iraqi involvement before even formally jumping into the race was the first rocky moment. Branded by Donald Trump as the “low energy” candidate, Bush appeared awkward and embarrassing during his televised performances.. Bush’s fatal flaw was underestimating Trump’s popularity with grassroots voters from the beginning, as Bush’s past experience and conservative roots clearly didn’t provide the same appeal as the “Make America Great Again” ideals. Although he wanted to emphasize the stark contrast between his and Trump’s character, he struggled to ward off the numerous attacks and insults by the reality star. Still, throughout his campaign he spoke of the importance that the term “slow and steady wins the race” held, even handing out toy tortoises to children. Although he initially wanted to separate himself from his distinguishable surname, he ended up inviting his brother — former president George W. Bush — to join the circuit, hoping to bring more traction. With a fourth place finish of less than 8% of the vote in the South Carolina primary, he dropped out of the race but commended himself for “refusing to bend to the political winds”. Many have compared this story of loss to that of his father’s—when George H.W. Bush led a failed campaign in 1980. In comparison to the combatant Reagan, the elder Bush was characterized as weak with an “inability to project great conviction” (Business Insider).

Former New York mayor Mike Bloomberg unveiled his shot for the Democratic nomination as the latest entry of 2019. The billionaire, who hadn’t become a Democrat until the year prior, announced that he would run to deny Donald Trump a second victory. Contender Bernie Sanders declared that Bloomberg wouldn’t get too far, believing that billionaires should not be able to “buy” elections. The three-monthlong campaign spent $900 million, notably in a television advertising blitz. Funny posts on viral Instagram meme accounts, sponsored by his communication staffers, also helped to establish the candidate. His team saw collaborations with social creators as a viable strategy to effectively reach people. However, it was also reported that he was trying to lure staff from other active campaigns with fancy perks like catered meals and electronics in conjunction with hefty salaries. The campaign came to an end after underwhelming Super Tuesday results, only picking up American Samoa in the contest. This came after an evisceration on his first debate appearance, where all Democrats in the running focused their attention on the billionaire as if he was a “lightning rod at the center of attacks” (ABC News). Bloomberg’s inability to  defend himself well against Senator Warren’s claims involving a derogatory record with women and past support for policing tactics such as “stop and frisk” elicited boos from the audience and spurred negative media headlines. Bloomberg’s weakness was making himself appear larger than life in ads but small in real life as he caved to pressure and avoided public contact.

The road to Pennsylvania Avenue is a long shot that will only be obtained by one individual. Herman Cain demonstrated that one shouldn’t run if they’re not prepared for dirty laundry to be exposed. Jeb Bush’s lackluster persona proved why personality should be sought after in leaders. From Bloomberg we saw that massive wealth alone doesn’t always resonate with the general public. The mistakes committed by these people should serve as lessons for future hopefuls.