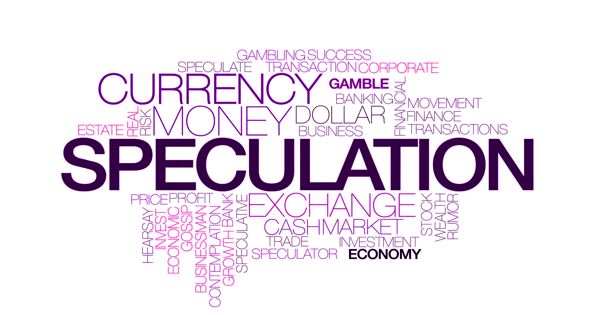 Speculation and Reality: The Clash

Politicians are always mentioning capitalism, and some are quick to call out inclinations toward socialism. While many people have a layman’s understanding or at least conjectures about these economic systems, they aren’t aware of what they actually are. Capitalism or laissez-faire was an economic system developed in the late 18th century by Scottish economist Adam Smith. It was an ideology that focused on private ownership of the means of production. Socialism, most commonly associated with Karl Marx and Friedrich Engels, developed during the mid-19th century. It was essentially the opposite of capitalism, focusing on the collective workers’ ownership of the means of production. While people mistakenly consider it as the beginning stages of communism, socialism is a very misunderstood concept. Many people assume it eliminates the wealthy class and creates an equal population in terms of capital. With this misconception, socialism may sound appealing, but the push for capitalism would be in the best interests of Americans. It promotes innovation as a source of fair competition and outcomes, and it has been a stable ideology for almost a century.

The expansion of the steel industry in the Second Industrial Revolution and the digital revolution during the late 20th century are prime examples of innovation. Innovation is critical for the advancement of society. Without the production of Carnegie’s Steel Industry or Rockefeller’s Standard Oil, the United States would have edged toward an agrarian-like economy. An agrarian-like economy is essentially an unmodernized society, and its failures in modern history are manifest in Russia’s inability to industrialize along with the rest of the 19th-century world. The new concept of industry gave way to an increase in production via the assembly line. Mass production made way for mass employment for people. The Journal of Macroeconomics highlights unemployment rates in late-nineteenth-century America, and a significant manifestation of the benefits of innovation is exhibited in the 1877 decline of unemployment. Simply put, innovation gives people jobs, which in turn produces prospects of a livable wage.

Capitalism has been around since 1900 in the United States. Although it is relatively new in the grand scheme of world history, it is dangerous to make a shift from capitalism to socialism. A prime example is the Bolshevik Revolution in Russia. The Romanov dynasty, according to The Guardian, was established in 1645. The Bolsheviks ended centuries of this Russian system in the early 20th century. This sudden shift in government led to the Soviet Union and the atrocities committed under Stalin. History shows that dramatic changes in government hurt people and even cause the collapse of a whole government. Thus, it is in the best interest of Americans to retain the system of capitalism and ensure that progress is gradual, not sudden.

People generally see competition as beneficial for the greater good. The essence of capitalism is competition, and it outlines a fair system of enjoying it. Capitalism involves the production of something that is in demand and then the sale of that production. However, if someone innovates something that has no relation or offers no benefits for people, they don’t receive anything in return. That is where the competition is employed. If someone innovates something that is in demand, they will be better off than someone who innovates something that is deemed useless. Excluding innovation, risk-taking is another form of competition. Those who take greater risks and invest a higher percentage of their money into their company have a higher probability (not a guarantee) of being a successful proprietor than someone who invests little. The majority of Americans don’t object to this system, and many actively participate in it, according to a Washington Post poll. A common misconception surrounding the ultra-wealthy is that they didn’t do much to earn their money and only inherited it. However, CNBC mentions that only 8% of the ultra-wealthy fully inherited their fortune. The rest actively worked to build their net worth. Thus, besides the small margin of unfair competition, capitalism is founded on fair principles of demand-based production. On the other hand, socialism is unfair in terms of giving credit to those who deserve it. It is giving rewards to those who did not take major risks in investment. Some may argue that workers should have a say in board meetings because they play a crucial role in a corporation. Yet this is a minor role that rarely requires certifications. An example of the lack of certification necessary for the workers involved with the production of a company is the assembly line. It doesn’t require much training to put together two pieces of metal or put an eraser on a pencil. Even though long work hours are characteristic of the working class, it is something that doesn’t acquire or require financial risk. Instead, they are receiving a salary for that time. Meanwhile, the corporate elite invested in their company, spending a large chunk of their wealth, with no guarantee of success or returns. There is always the risk of losing investments. Simply put, laissez-faire capitalism allowed financial risk to lead to financial rewards. Thus, capitalism is a much fairer system than socialism, and it takes into account the sacrifices or risks that people took.

A major flaw that is associated with capitalism is the poverty rate. This is a pressing issue, with more than a tenth of America’s population in poverty, according to the US Census Bureau. However, in comparison with former poverty rates, it is low. Catalyst states that more than 42 percent of the world’s population was in poverty, during the early 1980s, but in the 21st century, that percentage decreased by 33 percent. This decrease was mainly fueled by the dismantling of the Soviet Union and its communist satellites. Since America is not fully capitalist (as government regulation of business is prominent), this trend offers a positive note about the future. Although many countries do not mirror America’s economy, it can be correlated that the fall of expansive socialism and the adoption of free enterprise by foreign countries provided job security and employment for the general world population. Based on this correlation, the development of capitalist economies throughout America allows for better prospects for the American Dream.

America needs capitalism and should strive to embrace its values. It is critical to turn away from socialism and the values of that system. With laissez-faire capitalism, fair competition leads to innovation, quality livelihoods emerge, and it is the stepping stool for progress.