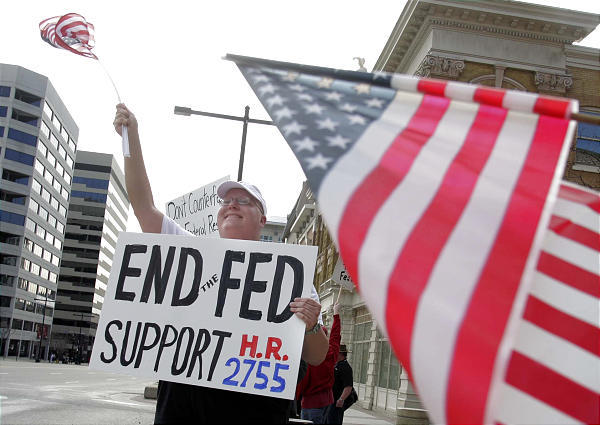 The 2008 Financial Crisis: An Austrian Analysis

The 2008 financial crisis was the worst economic recession in American history since the Great Depression of 1929. According to Keynesian economic theory, recessions are products of an insufficiency of aggregate demand. However, applying the Keynesian line of reasoning to the Great Recession provides—at best—only a shallow explanation.

To fully understand what went wrong in 2008, we must first understand the Austrian Theory of the Business Cycle (ABCT). Unlike the Keynesian approach, the Austrian school identifies a distortion of the equilibrium interest rate in the loanable funds market (LFM) as the key trigger of the business cycle. More often than not, the equilibrium interest rate in the LFM is tampered with by an artificial credit expansion induced by the central bank. As a result of lower nominal interest rates, malinvestment occurs until the central bank is forced to contract the money supply to avoid a sustained increase in the price level, otherwise known as inflation. Due to the contraction of the money supply, the amount of malinvestment is actualized by investors, subsequently leading to the liquidation of assets, lay-offs, and business shutdowns - all tell-tale symptoms of a recession.

A helpful analogy for the ABCT is that of a restaurant owner. In the analogy, a circus visits the town of the restaurant owner. The circus staff needs a place to eat while they are in town and discover the owner’s restaurant. The owner sees a drastic increase in business and believes he must invest in more employees, a larger restaurant, and even more locations to account for all his new customers. However, once the circus packs up and leaves town, the owner realizes the previous investments he made in extra employees and extra restaurant space are no longer profitable due to the circus leaving. Now the owner must lay off workers, shut down locations, and maybe even file for bankruptcy.

The experience of many investors during the financial crisis of 2008 was no different, in principle, from our restaurant owner in the above analogy. After the dot-com bubble in 2002, the Federal Reserve expanded the money supply at a ten-percent rate, which led to lower nominal interest rates on loans. Moreover, government bureaucracy encouraged malinvestment amidst the low-interest rates, with the Federal Housing Administration (FHA) requiring only three-percent down payments delivered on loans. The Community Reinvestment Act (CRA) encouraged lending to low-income customers, while in 1993, the Department of Housing and Urban Development applied legal pressure to private banks concerning their mortgage requirements, incentivizing banks to lower mortgage standards.

Notice the construction data from the six years from 2000 to 2006 with relation to lower interest rates. The housing boom begins at the onset of the 2000s with a steady “boom" until interest rates hit their peak, and is followed by the “bust,” otherwise known as the Great Recession. The significance of the housing boom is concretized after analyzing the Case-Shiller housing price index with the GNP deflator. According to the data, there has been no comparable housing boom since the price index began calculating housing prices in 1891.

Practices like collateralized debt obligations (CDOs) and credit default sweeps (CDSs) were popular lending and insurance methods used by banks that contributed to the eventual recession. When 2007-2008 turned the corner, subprime mortgages—which were originally thought to be prime mortgages and thus good investments—and lenders collapsed, leading to mass unemployment, defaults, bankruptcies, etc. Today you can still visit the many housing developments left unfinished, remnants of 2008.

Without a doubt, the 2008 financial crisis is what brought the Austrian school back into the conversation about business cycles. Hopefully, 2008 will serve as a lesson to many about the dangers of expanding the money supply without the backing of real voluntary savings.

For more information on 2008, visit this article by the Foundation for Economic Education.