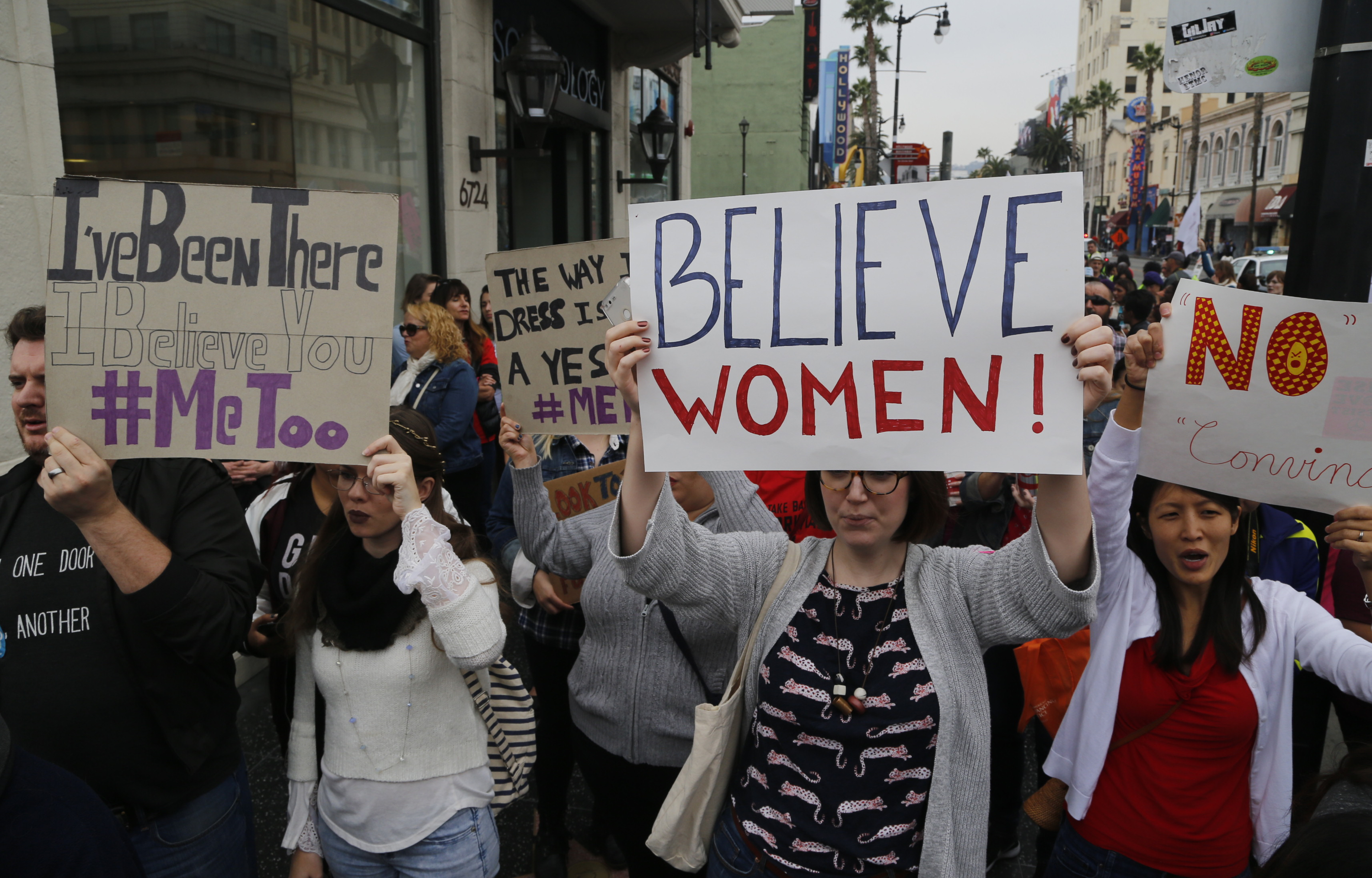 Content Warning: This article mentions sexual violence and may be triggering for victims.

I was sexually assaulted at eleven years old. I was intimidated, victimized, and embarrassed. Now, I stand in solidarity with all of the women who have fallen victim to sexual harassment, assault, and other forms of sexual violence.

The statistic has traveled around the internet: 97% of women aged 18-24 have been sexually harassed in the UK, as reported by the All-Party Parliamentary Group for UN women. This, as well as the murder of Sarah Everard while she was walking home in South London on March 3rd, has sparked outrage and outcry from women and feminist groups alike. The All-Party Parliamentary Group for UN Women has defined sexual harassment as “... the continuum of violent practices against women and girls. It can take the form of various acts including rape, aggressive touching, forced viewing of pornography, taking and circulating sexual photographs, as well as verbal sexual conduct. In effect, sexual harassment is unwelcome sexual conduct" (UN Women, 2018). The standard for harassment has been set, which clarifies the validity of individual harassment cases. The survey also had a sample size of 1,089, which is adequate for the population they were studying.

Now that the accuracy of this statistic has been clarified, what about false accusations? Speculations surrounding false sexual assault allegations have persisted in discussions about sexual assault. False accusations are believed to fall within the range of 2-10%, but what are the criteria for a false accusation? The requirements, as explained by the NSVRC, are as follows:

These standards are not mandated, and therefore only exist as a generally accepted basis for a false accusation. Each of these can hold rationale beyond simply falsity, such as needing time to emotionally come forward and speak about enduring trauma, frustration, anger, guilt, and general anxiety due to the situation. Since there is no mandated standard for false accusations and it is up to the will of the police, many reports rejected as false may have some truth to them. This system makes it impossible to truly know how many accusations hold no truth versus those that simply hold no evidence.

These statistics facing women are, frankly, horrific and disturbing. One out of every five women has been the victim of attempted or completed rape in her lifetime, and 79.6% of all female rape victims experience their first rape before the age of 25. Additionally, less than 1% of all rape cases end with a felony conviction, and 73% of all sexual assault is performed by a non-stranger to the victim. These statistics contribute to the overwhelming 63% of sexual assault cases that remain unreported annually. These statistics show why women may refuse to speak up or feel silenced: they are being actively silenced for their stories and experiences.

The #MeToo movement is a trademark of third-wave feminism and grew in popularity after the Harvey Weinstein case in 2017. This movement encourages women to come out about their experiences with sexual harassment, famously stating “Me Too” as a way of showing solidarity with victims. The hashtag began trending, and the slogan became popular amongst protestors and survivors. Tarana Burke, a grassroots activist, began the usage of the slogan. However, it was when Alyssa Milano retweeted it that resulted in its massive growth of popularity. The rallying cry of survivors was faced with denial and attempted silence, but the resilience shown by feminists and advocates is beyond admirable and makes me proud of my womanhood.

Why being anti-sexual harassment requires being a feminist

Feminism is defined as “all genders having equal rights and opportunities.” The respect of women is at the forefront of feminism and women’s rights grassroots movements. To respect, protect, and defend the rights, liberty, and freedom of women in general and from experiencing sexual harassment goes hand in hand with feminism. The radical notion that feminism is misandrist is right-wing propaganda that promotes the mistreatment of women in our society and encourages misogyny. The oppression of women is obvious in the silencing of women throughout sexual harassment cases and the societal structures in place that encourage this treatment of women. To be against women being sexually violated is feminist, whether you choose to style a p*ssyhat with your normal attire or not to.

I’ve walked across the street to men making obscene comments about my fourteen-year-old body. He tried kissing me in the corner of my class, and I was too scared to say no. It was my friend, who went from making playful and sexual banter about taking my virginity to pulling my shirt up and exposing my barely even teenage body. He wanted me to bear his kids when I was only ten, and he was beyond middle-aged. My outfits were showing off my “curves”; those words were weaponized to sexualize an eight-year-old child. He was my gymnastics instructor in his fifties, touching my lower back and beyond for the sake of my “flexibility." The stories of sexual violence never get easier to retell. The lump in my throat never gets easier to swallow: I just get used to it. I hold my car keys between my fingers, lock and relock doors for security, and constantly check to see if I’m being followed. Yet, none of these tactics kept me safe my entire life, and neither did cardigans used as a modesty cloak - they were just ripped off of me, because my comfort, boundaries, and respect were never in question. It’s been almost four years, and no one has pulled my assaulter from middle school aside and explained why what he did was incorrect. No parent ever called out the middle-aged man at my gymnastics studio; we just stopped attending. I hurled obscenities at the men in their trucks who use their mouths without remembering their mothers, sisters, wives, and daughters at home, but they still drive down the same roads without any consequence. I use my voice because it was stripped from me, and I denounce the insubordinate behavior of perpetrators because no one ever did that to mine. He remains, without any reprimand, as one of my classmates and someone I encounter daily, yet I will never sit in silence and shame again.

US Department of Justice on Sexual Violence Statistics: https://www.new-hope.org/perpetrators-of-sexual-violence/#:~:text=The%20U.S.%20Department%20of%20Justice,a%20relative%20of%20the%20victim

Pink P*ssyhat that Feminists at the Women’s March:

Samantha Castro is a freshman in high school and Liberal who focuses on political discourse in society and human rights-related issues. In her spare time, she enjoys creative writing, the study of the English language, political debates, and rock music.