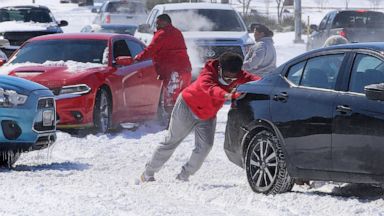 The Aftermath of the Winter Storms in Texas

Texas has endured the brunt of a harsh winter storm that has hit the United States. Many families are struggling beyond the current issues that the pandemic has presented. The most pressing question Texans and the rest of the country has in the aftermath of these devastating storms is what went wrong, and how will the state move forward.

First, we have to look at the record-breaking conditions that occurred in Texas. This storm was unprecedented, causing massive damage to the states’ infrastructure. NOAA reported that the average temperature was 40 to 50 degrees colder than it usually is in mid-February in Texas. According to a local Abilene news channel, the city had 252 hours below or at freezing, breaking records for most freezing days in a row in Texas. This is just one of the 9,027 daily cold records set between February 7th through February 20th. This is one of the most notable examples of how Texas infrastructure was overwhelmed by the out-of-character storm.

Next, we have the point that has been talked about most, failure in energy production. To understand what energy failed, we have to look at the state’s energy production and consumption. First, Texas is the only state that has its own energy grid. This is an important aspect because this prevented Texas from borrowing power from other states during the blackouts. We then have to take into account how much energy comes from renewables and natural gas. According to USA Today, wind accounted for about 42% of Texans’ energy consumption just days before the winter storm. During the storm wind energy dropped to 8% of Texas energy consumption. ERCOT, The department responsible for managing the Texas energy grid, said in a press conference that they lost 46,000 megawatts of energy as of February 17. 28,000 MW were from thermal energy, while 18,000 MW was lost from wind and solar. In total, non-renewable sources were responsible for more energy losses, but they were the main energy source, to begin with. Renewable energy on the other hand was responsible for less energy loss but dropped a significant amount.

On top of the energy problem, citizens were not able to drink water from the tap. The weather caused 12 million Texans to have water issues. Another 680 water systems had to alert its users that the water was not safe to drink from the tap. This was because water pipes were frozen over. This is a problem that is incredibly dangerous and is being dealt with immediately.

The people of Texas are not only dealing with the problems caused by the storm, they are dealing with financial problems as well. Most of Texas was left without power, but the ones that still had it racked up a fortune in bills. According to the New York Times, a 63-year-old man named Scott Willoughby had to use nearly his entire savings account to pay for the $16,752 electric bill that he racked up. This was the case for many Texans who had power during the harsh storms. Governor Abbott told the press, “We have a responsibility to protect Texans from spikes in their energy bills that are a result of the severe winter weather and power outages.” This is another one of the countless topics that the governor plans to discuss in his meeting with state lawmakers.

Texans everywhere are pressing the government for answers on how this happened. In response, governor Abbott announced that an investigation has been opened on ERCOT, the ones responsible for managing the Texas power grid. The Texas Senate Business and Commerce committee, as well as the Senate Jurisprudence Committee, are both set to hold hearings looking into any misconduct on ERCOTs’ part. ERCOT is also set to hold an internal hearing to figure out what went wrong, and how the Texas power grid failed so miserably.

Texas is now focusing on how to move forward. Governor Abbot released a statement on how he plans to move forward with picking up the pieces that the storm left behind. First and foremost, he wants to restore electricity to all Texans. This is a priority because of the extreme temperatures. Next, he wants to restore clean water. Since there is a disaster declaration, Texans can apply for FEMA aid to fix pipe problems. Governor Abbott believes that his plan will be able to put Texas on a fast track to recovery.

Arguably one of the biggest and most important parts of Governor Abbotts’ plan is to move forward with the winterization of the Texas power grid. In a press conference, the governor slammed ERCOT for their handling of the situation. He said,” They failed on each and every measure.” He claimed that ERCOT said that they were ready and able to handle the storm, which was a lie. The governor plans to put forth funding for strengthening winter infrastructure in his emergency session with the legislature.

In all, Texas has a long road ahead. It will take the strength of the people to pull through as a community as they have countless times before. What will be decided in the coming days is whether or not the Texas government will learn from the disaster, or if history will repeat itself in the future.