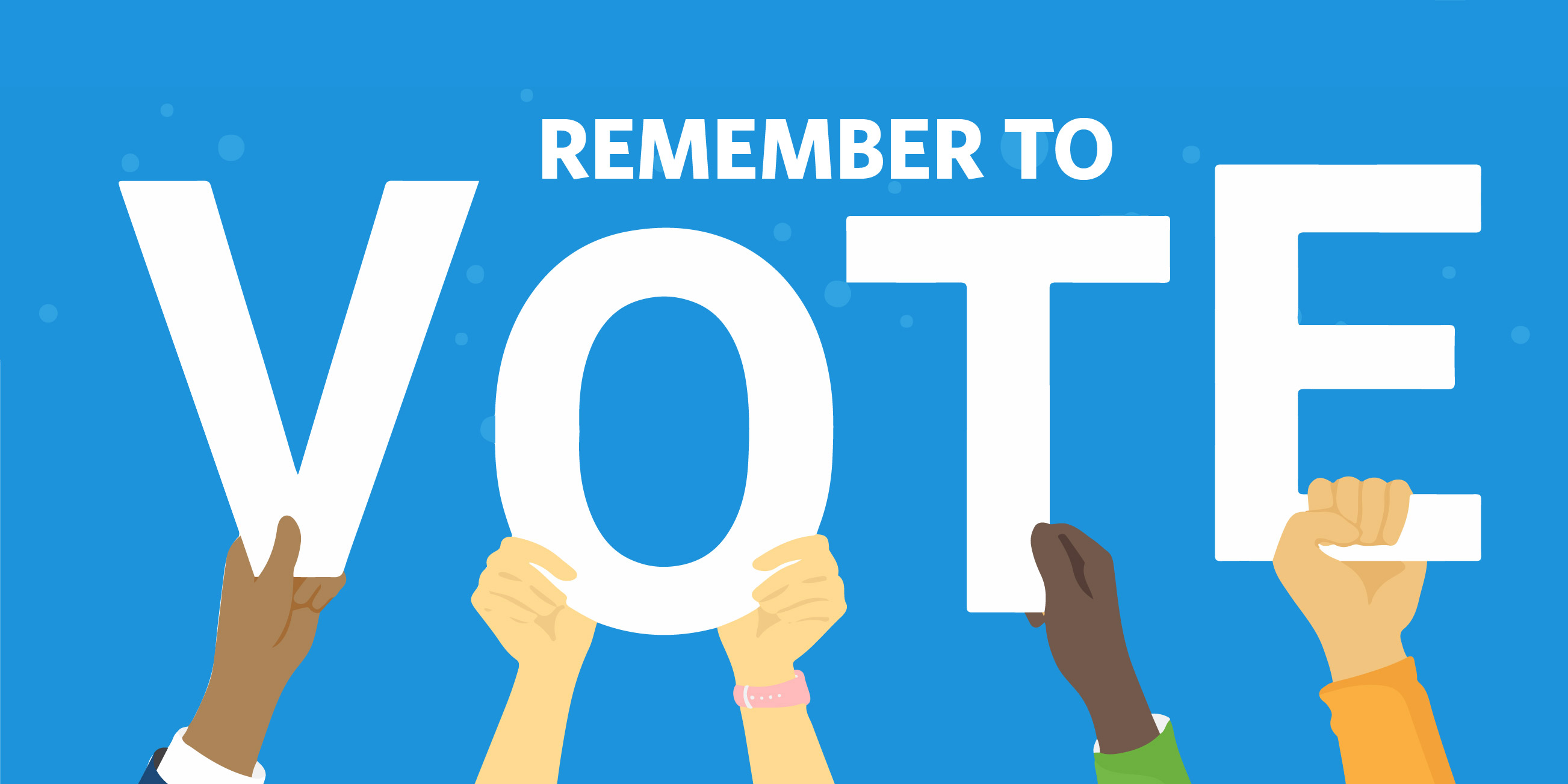 The Case for Compulsory Voting

In 1893, Belgium implemented the first system of compulsory voting in tandem with the enfranchisement of all males over the age of 21, obligating these new voters to register and vote in all major Belgian elections. Though the sanctions for not voting detailed within this radical proposal are rarely enforced, Belgium continues to have astronomically high voter turnout, with over 90% of registered voters participating in the 2014 Parliamentary elections; thus, displaying how the introduction of compulsory voting has created a new culture surrounding voting in the European nation. Inspired by the success of Belgium and following elections with extremely low turnout, Argentina and Australia became two of the largest countries to implement systems of mandatory voting in 1912 and 19243. By all accounts, compulsory voting, no matter the level of penalization for non-voting or enforcement of these penalties, has served as a foil for political apathy in the over 20 countries in which it is currently implemented. With cynicism and distrust in the American election system and the government approaching all time highs, compulsory voting could be the radical new system needed to reinvigorate the world’s oldest democracy.

The current American electorate is the most diverse it’s ever been, with the majority of white individuals only making up 60.1% of the election. However, in the 2016 presidential election, the influence of this majority was overstated, with white individuals making up over 74% of all voters. The reason for this lies within one of the most prominent flaws of the American election system- voter suppression.

Voter suppression is a well documented phenomenon both in America and in multiple other major democracies around the world, wherein socio-economically challenged and minority individuals face many structural barriers to voting. The obstacles to voting are high in the US, with one-third of eligible citizens not even registered to vote. Laws requiring that voters present a government ID create barriers to voting for minorities and the poor, as these IDs can be expensive and difficult to obtain. Other factors, such as a scarcity of polling places, can make voting more difficult and time-consuming, a situation which disproportionately affects minority voters. Voter suppression is facilitated due to the fact that American elections are administered by partisan officials, who have often been accused of suppressing specific communities for their own political benefit. A prominent recent scandal regarding voter suppression occurred in 2018, where Georgia’s secretary of state Brian Kemp oversaw his own victory in the gubernatorial race, bringing forth multiple accusations of voter suppressions.

While voter suppression remains a significant issue in America, minorities will continue to have merely a subdued voice, which can lead to disastrous consequences for their communities. The inability to advocate for themselves may have contributed to the passing -or adversely, lack of passing- of multiple policies that have caused these communities to become more vulnerable. For instance, 13 states that passed suppressive voting laws also decided against expanding Medicaid benefits under the Affordable Care Act, suggesting that voter suppression may reinforce the passing of adverse health policies. The importance of healthcare has been exhibited by the COVID-19 pandemic, where those without health insurance, who tend to identify as non-white, may be more vulnerable to COVID-19. These individuals may have trouble accessing testing and treatment, be more financially impacted by the pandemic, and may not have access to paid sick-leave. Policies that would have benefited low-wage workers or those who are unemployed may have been implemented had representatives who supported those policies been elected, a phenomenon that will not occur until those to whom these issues matter are able to vote at similar rates to the majority.

Compulsory voting would incentivize American legislatures to dismantle the various devices of voter suppression that currently make it harder for certain citizens to vote. With all eligible citizens expected to vote, local legislatures will be forced to revamp their voting process to make it easier and more accessible to all voters, no matter their race or income. The resulting nation would be significantly more representative, and a step closer to true democracy, and would be the change needed to curb the current trend of voter suppression.

A further consequence of the grown political apathy in America is the decline in government trust and legitimacy. In 2017, the Economist Intelligence Unit’s Democracy Index downgraded the United States from a “full democracy” to a “flawed democracy” due to the ever falling voter engagement and trust in the election process. This is best exhibited with the voter turnout in the midterm elections of 2014 — 36 percent —  the worst showing in more than 70 years. With lower turnout, decisions made by the government are seen to be representative of only a small fraction of the population, resulting in a loss of government legitimacy. With lower government legitimacy, citizens are less likely to accept information presented from the nation’s most powerful leaders, which can have disastrous consequences. A prime example of this would be what is currently occurring with the COVID-19 pandemic, where only 24% of Americans would definitely accept a vaccine released by Donald Trump’s administration. Donald Trump, who has  repeatedly misinformed the American public on the scope and effects of the virus The current distrust and lack of government legitimacy may result in less Americans accepting what could possibly be a viable preventative measure to the virus, which could lead to more deaths, longer quarantine periods, and more negative economic effects.

Compulsory voting provides a solvency for the issue of government legitimacy through increasing voter turnout. Barely any of the 45 American presidents have been elected by over half of the American voting age population due to the fact that America’s voter turnout hardly ever reaches above 60 percent. Due to this, most American presidents have never truly been elected by the majority of the people, only a fraction of their constituency. Following the drastic increase in voter turnout, American presidents will be elected by a significantly larger fraction of Americans, thus increasing the legitimacy of their administration. Compulsory voting is unique in this situation as it is the only viable solution; no alternative will increase turnout nearly as much and there is no way to truly increase government legitimacy except increasing the amount of individuals who elect a president.

70 percent of all non-voters in the 2016 presidential election were under the age of 50. ⅓ of all non-voters are under the age of 306 years old. The lack of participation in elections by younger eligible voters gives politicians little incentive to address the issues which matter to them. This creates a constant negative feedback loop, with these young individuals believing that the government does not care about them, further disincentivizing from them to voting. If younger citizens voted at the same rate as those older than them, issues that they care about, such as climate change, would gain significantly more attention and politicians would be much more likely to implement solutions to climate change in their policy platforms.

The issues that young people today value are often some of the most important and topical; younger voters are more likely to support progressive legislation to help counter growing issues such as systemic racism, poverty, climate change, healthcare, and student debt. However, until these younger people begin voting at the same rates as their older counterparts, politicians will not address their concerns. Compulsory voting will be just the kick young individuals need to allow the “activist generation” to bring about real change in the halls of the government.

Though compulsory voting will force legislatures to counter voter suppression, increase government legitimacy, and entice politicians into creating policy to solve the issues important to younger people, it has its fair few detractors. Many people feel that by forcing individuals to vote, the government would be constricting their personal rights. Others argue that by removing the right to not speak, compulsory voting would violate the right of citizens to peacefully protest. Yet more argue that as the majority of non-voters do not have a college degree, enticing these uninformed voters to cast a ballot would lead to worse candidates being elected. However, each of these contentions have their own flaws, and have been proven to be false through constitutional analysis and empirical studies.

When discussing whether or not compulsory voting is a violation of an individual’s personal freedoms, it is important to clarify the distinction between an individual right and a public right. An individual right, such as the right to religion, is a right that affects the individual and only the individual. However, certain rights, such as taxation, affect national stability and the public interest, and thus can be constrained by the government. The choosing of the president carries more importance to the public interest than any other decision in America, and thus the American government would be within their rights to implement a system that forces every eligible citizen to vote. As President Barack Obama stated,

“We, the People, recognize that we have responsibilities as well as rights; that our destinies are bound together; that a freedom which only asks what's in it for me, a freedom without a commitment to  others, a freedom without love or charity or duty or patriotism, is unworthy of our founding ideals, and those who died in their defense”.

Voting may be defined as a duty that every citizen has to their society, as opposed to a personal right that every individual has. Another popular argument against compulsory voting is that it removes the right of those who are unhappy with the government to abstain from voting in protest. However, this ignores the ability of individuals to submit either blank ballots or “donkey ballots,” which are ballots that are purposefully filled in incorrectly to guarantee disqualification. Compulsory voting only mandates that every individual submit a ballot, not that the ballot has to be filled out correctly or at all.

The final major contention to compulsory voting is that it will incite uninformed voters to randomly vote, which would potentially skew elections towards ‘worse’ candidates. This argument is both rooted in elitism and has been empirically proven false. The notion that non-voters are less informed than those who currently vote, solely on the basis that a voter is more likely to have a college diploma, is simply untrue. By attributing a person’s capacity for politics to their possession of a degree, those who argue this simultaneously concede that only a certain subsect of society is superior and should make decisions for everyone, which is the definition of elitism. This argument has also been proved wrong in practice, where researchers have found that the implementation of compulsory voting incentivizes uninformed voters to learn more about political candidates. When citizens are forced to vote, they are much more amenable to the idea of political research; if you have to do something, you are much more likely to want to do it correctly. By implementing compulsory voting, you will gain the added benefit of having a more politically knowledgeable electorate, which will, in turn, be able to make better decisions at the voting booth. With better elected officials, America will see an upturn in the quality of government, which is yet another reason that the case for compulsory voting holds firm.