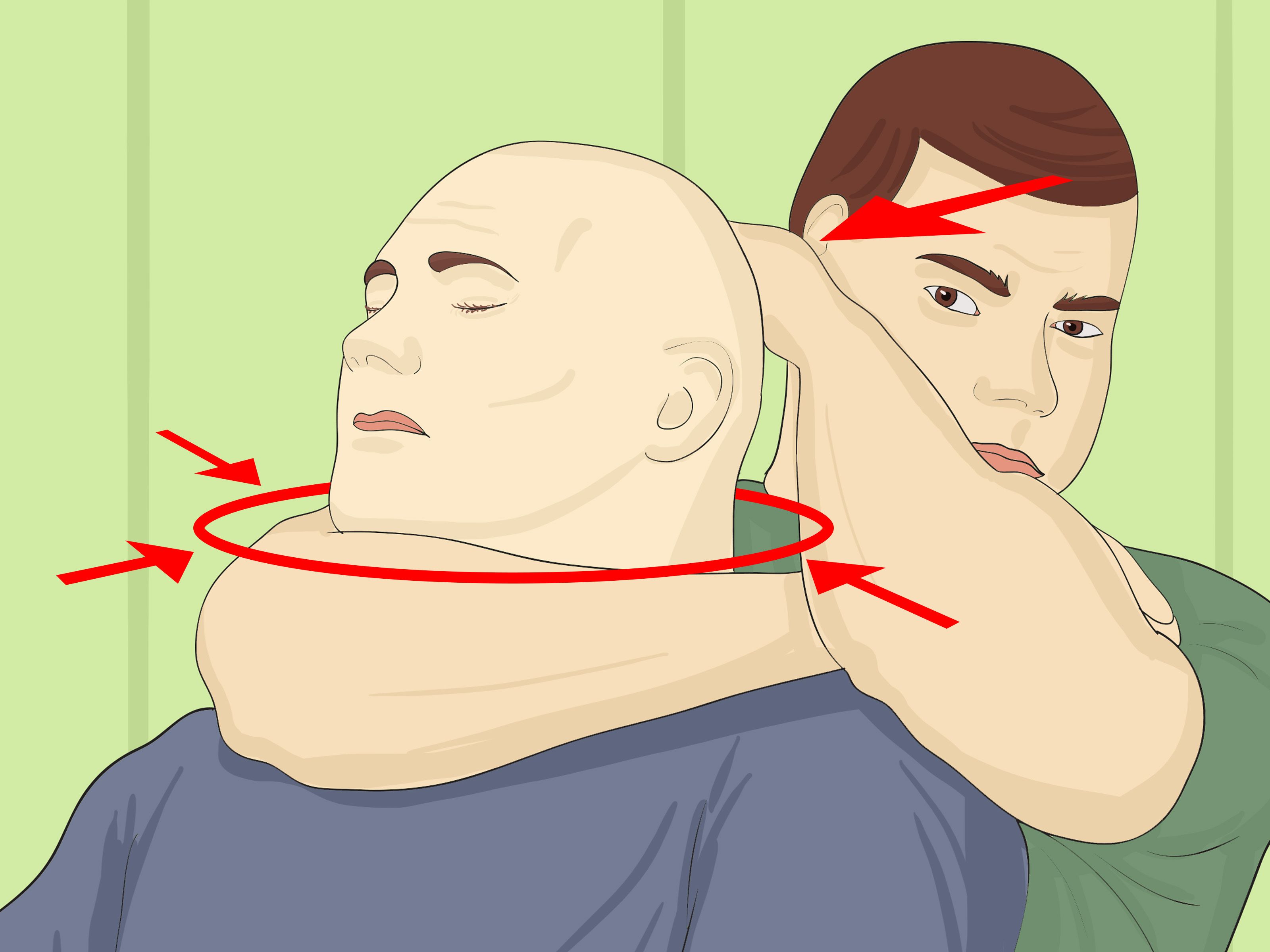 The Chokehold Ban: No More Than an Illusion of Safety

“KASTE: The term chokehold is used very loosely to apply to two different things. What the New York Police Department bans is a hold that cuts off the air - that crushes windpipe in such a way that you can't breathe. But people also often use the term chokehold for a different kind of neck restraint sometimes called a vascular hold. These are holds where the arm comes around the neck in such a way that the crook of the arm is in front of the Adam's apple. So the Adam's apple's actually not being pushed in. You can still breathe, but the pressure's on the two sides of your neck. And the point there is to press down on the arteries leading to the brain, briefly cutting off the flow of blood to your brain and causing the person to pass out for a few seconds - long enough for a police officer to cuff that person. This vascular hold is something that's actually formally trained. There's certification in it. And police officers who like this method say it's actually a very painless and often very safe way of subduing someone who’s agitated.”

“GREENE: OK. So, Martin, let's be clear here. Are police officers being trained to use holds like this that do not cut off breathing?”

“KASTE: Yes, they are being trained on this every day. There are companies dedicated to training officers in these vascular neck restraint techniques. What you find, though, is it tends to be smaller- or medium-sized departments that like to have this option. The big-city departments tend to shy away, especially since the '70s and '80s, when there was a series of deaths in custody of people who were on drugs who'd also been subjected to neck restraints. There was a backlash in some bigger cities. And there, they're shying away from anything that's called a chokehold. But in the smaller cities, you do see it.”

“GREENE: Well, so again we don't know what the officers were - were not trying to do with Eric Garner. But if these types of vascular holds can be botched and lead to someone's death, what is the argument for them today?”

“KASTE: The argument is that cops are desperate for options. They're facing an increasing number of people who are mentally ill or agitated, perhaps on drugs. And in those situations, a police officer much prefers to have some other options besides the pepper spray, Taser, or gun. In some situations, they argue, this kind of a sleeper hold, as they call it colloquially, is actually a safer way out than just plain wrestling with the guy.”

This was the dialogue between NPR host David Greene and Martin Kaste, NPR correspondent covering law enforcement and altercations with police since 2014.

The vascular neck restraint has since been adopted by law enforcement agencies across the country as a safe and efficient method to subdue a suspect resisting arrest. One form of the restraint that has been trademarked is the ‘Lateral Vascular Neck Restraint’® or LVNR®. The LVNR® is used by over 500 agencies across the country, including The Las Vegas Metropolitan Police Department. The LVMPD’s policy regarding the LVNR® states:

“A Lateral Vascular Neck Restraint® (LVNR®) is a control technique applied to the sides of the neck, using a combination of physiological factors to restrict blood flow to the brain which may cause the subject to lose consciousness.”

In its 40 years of service, the LVNR® has been applied hundreds of thousands of times with no reported deaths or serious injury attributed to proper use. This is not an anomaly. Since the creation of judo in 1882, there have been just 19 deaths in the sport, none of which were related to the vascular neck restraint.

These examples occurred in controlled environments. This is not the same as real-life law enforcement interactions, where both the officer and the suspect are likely to undergo a fight or flight effect and the suspect may be severely mentally ill or on drugs. These factors often combine, more often than we would like, to create violent altercations with police.

With this said, Fatal Encounters, a pro-police reform organization, has conducted a study on deaths resulting from altercations with police since 2000. The study shows that less than 1% of deaths resulting from altercations with police can be attributed to any form of asphyxiation or restraint, and even tasers result in more than 3 times as many deaths (Fatal Encounters).

Even in the uncontrolled environment of law enforcement and policing, restraints of any kind amount to fewer deaths involving law enforcement than shootings, vehicles, tasers, or medical incidents.

Michael Schlosser, the director of the University of Illinois Police Training Institute, which trains more than 800 police agencies in Illinois, stated the following regarding the use of the vascular neck restraint:

“With the proper training and the proper continued training, I think it is a safe method to control somebody [...] Actually, sometimes if you can control somebody like that, a lot of times you might have less injury rather than getting in an all-out fight, and people have a chance to have greater injury to the officer or to the arrestee.”

So if the vascular neck restraint is such an effective tool, why is there so much of a push today to ban it?

It likely comes down to the fact that the majority of people simply don’t know the difference between the chokehold and the vascular neck restraint. The two appear very similar and thus are often referred to as the same thing, even though they are incredibly different. The chokehold bans being proposed today ban both respiratory chokes and carotid chokes. The Democrat-led bill, The Justice in Policing Act, aimed to ban all chokeholds and vascular neck restraints across the country, and while the Republican-led bill did not do the same, Donald Trump and many other prominent Republicans called for an end to all neck restraints.

These bans are nothing more than an illusion of a solution. If you take away hand-to-hand combat from an officer, you force them to resort to either a taser or a gun, both of which have proven to be far more lethal than the vascular neck restraint. These violent situations should be avoided and officers should be trained to avoid them if at all possible. However, there are going to be scenarios where this is not possible. In these instances, we should equip officers with the proper training and knowledge to subdue a suspect without immediately resorting to their toolbelt for help.

“DEATHS ALLEGEDLY CAUSED BY THE USE OF ‘CHOKE HOLDS’ (SHIME-WAZA).”

Evstatieva, Monika, and Tim Mak. “How Decades Of Bans On Police Chokeholds Have