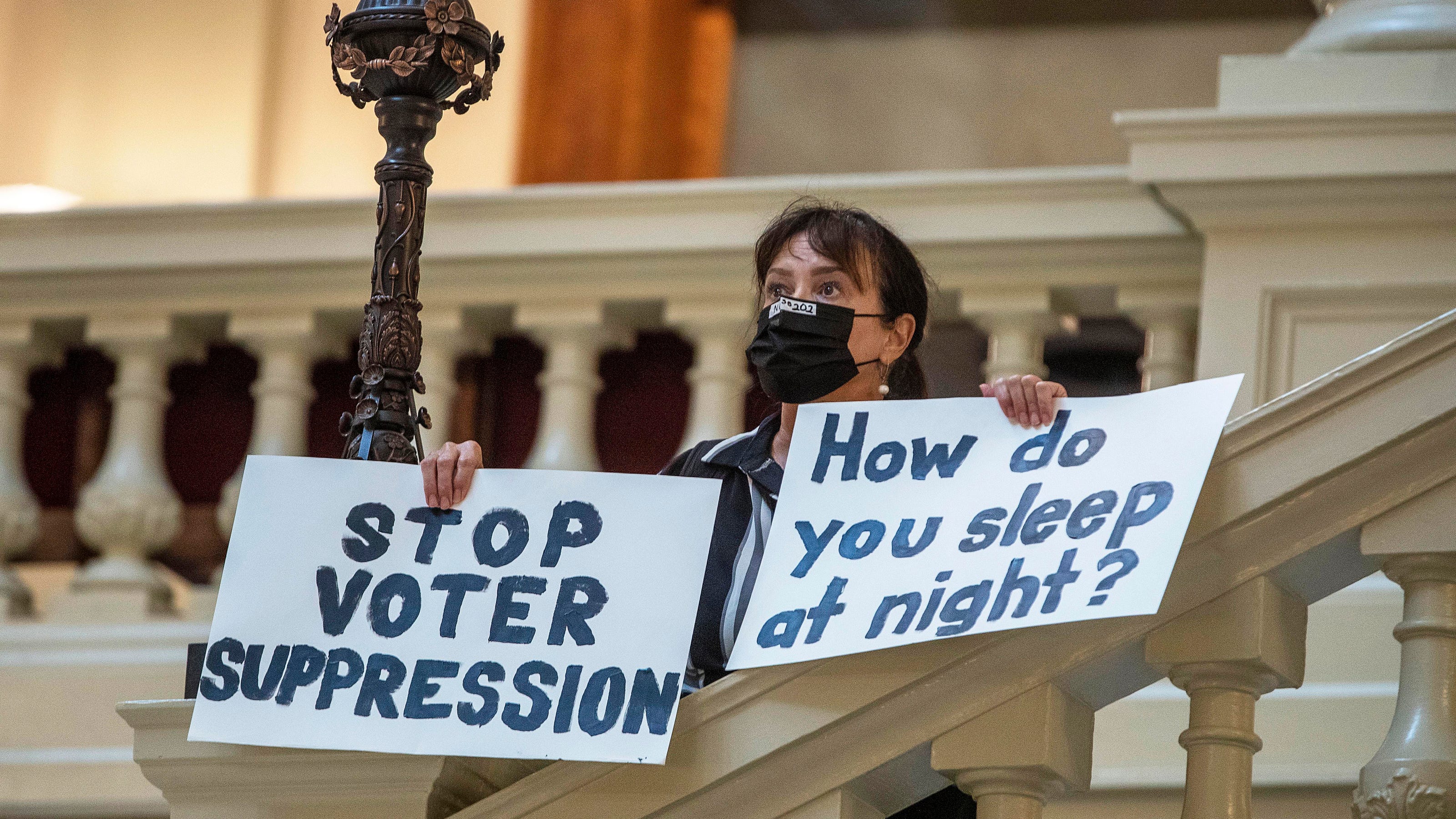 The Facts about Georgia’s New Voting Law - Why All the Fuss?

In late March of 2021, The Georgia State legislative body passed a controversial bill that focused on state electoral reform in the wake of the COVID-19 Pandemic and both the 2020 general election and the 2021 Senate runoffs, where Georgia voters helped send Joe Biden to the presidency and two new Democrats to the Senate, flipping the upper house of Washington. The new bill, signed into law by Georgia’s governor Mr. Kemp, became the center of discussion nationwide, and companies and politicians fiercely denounced the law. When overlooking these provisions, the attention brought to this seems blown out of proportion and unnecessary to bring such attention to.

The bill gained publicity and controversy after State Representative Park Cannon interrupted the Governor's bill signing Livestream and was arrested by Georgia State police. President Biden even tore into the bill, unfairly labeling it as ‘Jim Crow on steroids’. Under pressure from executives, employees, and consumers, many Georgia-based companies, including Delta, Home Depot, UPS, Porsche, and Coca-Cola, denounced the bill and threatened to put the state in an economic bind. The MLB also pulled their 2021 All-Star game from Atlanta over concerns about the voting bill, a decision that will have a devastating effect on Atlanta's post-pandemic economic rebound. This backlash comes while the MLB stays headquartered in New York, a state whose voting laws are overall more restrictive than Georgia’s, with fewer days for early voting, requiring a valid reason for absentee ballot requests, and never once utilizing the mobile voting centers that Georgia just restricted. It would seem as though most of these companies and politicians are acting under societal pressure without actually looking at what the bill does. These decisions are good for corporate publicity, but could cost small businesses, especially minority-owned ones, millions. It is arguably textbook modern liberalism— making yourself look noble to the others atop the ‘ivory tower’ while leaving the working class and small business owners to deal with the impending fallout of your costly idea.

Most of these concerns come with the unfounded idea that SB 202 is a racist bill that is meant to target the votes of African Americans and with misguided opposition to voter identification laws. Some will argue that the two are linked and that voter ID itself is racist. One of the main provisions of the bill requires issued identification to receive an absentee ballot. To think that this requirement is anything less than common sense is an fallacious concept. Not only does the bill replace the “problematic requirement for signature matching”, but recent studies find that voter ID laws aren't racist at all. These laws have not been shown to contribute to a dip in turnout or a skew in votes. To consider ID laws racist in the first place is arguably a racist statement itself. It is to assume that a portion of the population is less capable of obtaining identification because of the color of their skin. Black people are just as competent and capable at obtaining and filing identification as white people, and it’s a shame to think otherwise.

SB 202 also limits the number of mail-in ballot drop boxes. While it seems like a restrictive decision at face value, all it does is adapt a pandemic-era law into code. That is because, before 2020, there wasn't a single drop box anywhere in Georgia. While SB 202 restricts the number, location, and hours that a box is available, it codifies them permanently, enfranchising more voters than 2 years ago. Actions and measures taken to aid in the electoral process during a pandemic were never meant to be permanent, and it’s illogical to think why they would stick around for the next election. The bill calls for the expansion and codification of early voting as well. Drafting an expansion for the process, SB 202 requires two Saturdays to be designated for early voting and allows counties to opt-in for two Sundays as well. This expansion increases turnout, especially among those who work and attend church services, and contributes to an overall streamlined and convenient electoral process.

Infamously, the bill tightens restrictions on providing food and water at polling places. However, certain things about this statement should be specified. For instance, the provision states that no solicitor may provide any enticements within 150 feet of a polling place and that poll workers may provide water to those in line. Not only this, but the bill also imposes provisions aimed at reducing wait times and shrinking precincts to make the electorate more manageable in size. These provisions work in harmony with each other, ensuring no voter is bribed, while spending less time in line.

SB 202 ends blanket primaries and shifts runoff elections closer to the general election. It also allows absentee ballots to be counted sooner and establishes vote reporting deadlines. Never had the state of Georgia been so close, nor had it drawn so much national attention in its elections. Their 2020 election results came as a shock to the nation, and the dual runoff election was to decide the balance of the U.S. Senate. The focus and pressure on Georgia between November and January served as a wake-up call to state officials. SB 202 served in part as a measure to acknowledge Georgia’s toss-up nature and try its best to get decisive results to the American public as quickly as possible.

The only arguably problematic set of provisions in the bill has not been talked about at all. Parts of the bill focusing on “election integrity” and the State Election Board have fallen behind in discussion to more hot ticket topics like voter ID. The bill sets up a monitored hotline in the state for any voter to report any claim of fraud. This hotline will be a waste of people’s time and money, and will inevitably give a lot of people a platform to make baseless claims and undermine trust in our democracy. The legislation also strips the Secretary of State of their electoral powers, a move that the current secretary called retribution for standing up to Mr. Trump's orders. The State Senate will have more power in electing election officials and overseeing and micromanaging local electoral boards and precincts. These are the worrying provisions of the 98-page bill, ones that aren’t being discussed at all. Even if they were being discussed more, under no circumstances should those provisions result in the name “Jim Crow 2.0”,  or the mass boycott of an entire State like what is being conducted currently.

Simply put, the left’s reaction to SB 202 is detrimental. Executives and politicians who have never attempted to read the bill itself are making decisions that will blunt Atlanta’s economic growth. Corporate, political, and media vilifying of a bill they never read are only contributing to the division of the public, the prevalence of false ideas, and the hatred between one party and the other. SB 202 is far from racist or restrictive, yet simply a bill that comes in the wake of two extremely close elections and a pandemic that upended the electoral process, seeking to streamline elections going forward with both variables in mind. Those vehemently opposed to it are either dangerously misguided or are falling victim to societal pressure. When will we stand with the facts?