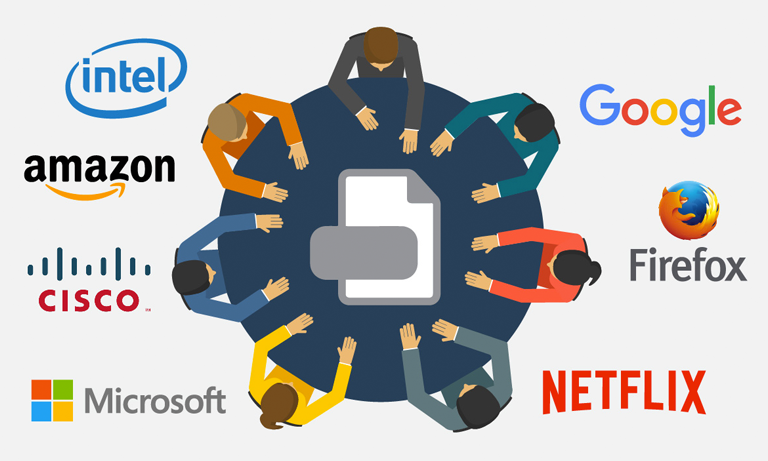 The Future of Tech Giants

In 1995, after years of new federal laws and construction of a new form of digital infrastructure, the “Dot-com” or “Internet Bubble” began. The foundation for a meteoric tech rise had been laid out over the past two decades, with companies such as Xerox and IBM beginning development on useful pieces of hardware and software, but the transition to consumer markets is what began this period of fast growth. Tech giants whose names we still know today were born out of this era; for example, Cisco Systems, a company that initially produced routers that could support multiple network protocols, the first of its time. As the internet (and networking between computer systems) grew, so did the need for various routers that could transmit this data across vast distances. Cisco started the decade with its IPO opening with a large market capitalization of 224 million dollars. Furthermore, by the end of the decade, during the peak of the Dot-com bubble, Cisco had a market capitalization of over 500 billion dollars, and became the most valuable company in the world at the time. To this day, it still has not reached that level of valuation despite its continued growth and success as a multinational technology giant.

Throughout the six year long period between 1995 and 2001, investors began pushing money into small technology companies hoping that they would soon turn a profit and increase exponentially, as others had done in the past. Some of these companies are still known today, such as Cisco and Oracle,. Other investments, however, were unsuccessful.

The Dot-com bubble represented a period of short-term growth in tech the world has never seen before, and it demonstrated the validity and potential of the industry as a part of the global economy. In the 2010s and the modern day, the sentiment for technology start-upsstill has not gone away: 1.35 million technology startups are created each year, and despite the high probability of failure, some do succeed. The technology industry is growing to become a hub for creativity and innovation, and those with technological skills are becoming increasingly more valued by companies in all sectors that seek to modernize in this new digital age.

Technology companies have also experienced an increased social responsibility as a result of increased internet usage. Many tech giants run multiple parts of our lives such as Facebook, Apple, Google, and Amazon. Although the tech industry of today is often compared to the oil or steel industry of the 1800s (given that all of these industries were incredibly vital to economic development during their respective eras), the tech industry is fundamentally different. Tech giants do not have to overcome the logistical challenges that may have come with an oil or steel giant. When a technology company wants to go international, itcan do so instantly because of the speed of modern technology: software moves instantaneously, and globalization has ensured that products can be delivered around the world in just days. The tech industry shows no signs of slowing down.

However, it’s clear that these companies differ in terms of the responsibilities they have to protect society as a whole In a world where data is everything, the decisions that these companies choose to make become more important everyday, as more users become increasingly interconnected.

As demonstrated by the various hearings that occurred throughout 2018 and 2019, Congress has very little experience in dealing with and understanding the technical aspects behind such innovations, and their legislation against such companies has been heavily slowed as a result.

Automation has recently increased as jobs begin to fall to mechanical labor. Some might compare this growth to that of the industrial revolution, citing that it created more jobs than it ever took away. However, this technological growth is different: intellectual and “safe” jobs, such as those in the medical or law field, were never targeted by the industrial revolution or any past development. If innovation is inevitable, how can we guarantee that there are any jobs left for graduates to have? The proportion of people with college degrees is increasing, and it is becoming more likely that those who do not have a degree will struggle finding employment.

This is not to say that all technology is harmful and that tech companies have done no good. Rather, it is to say that the current methods of checking back against this ever-expanding growth are not sustainable, and allowing single organizations to have so much sway over key parts of our lives seems like a dangerous precedent to set.

The tech giants are here to stay, but governments around the world can pass more extreme and sweeping data privacy and protection laws to ensure that their influence on personal aspects of individual’s lives are curtailed. The tech industry can continue to innovate and create change without having to abuse the trust of and privacy of consumers in order to do so.