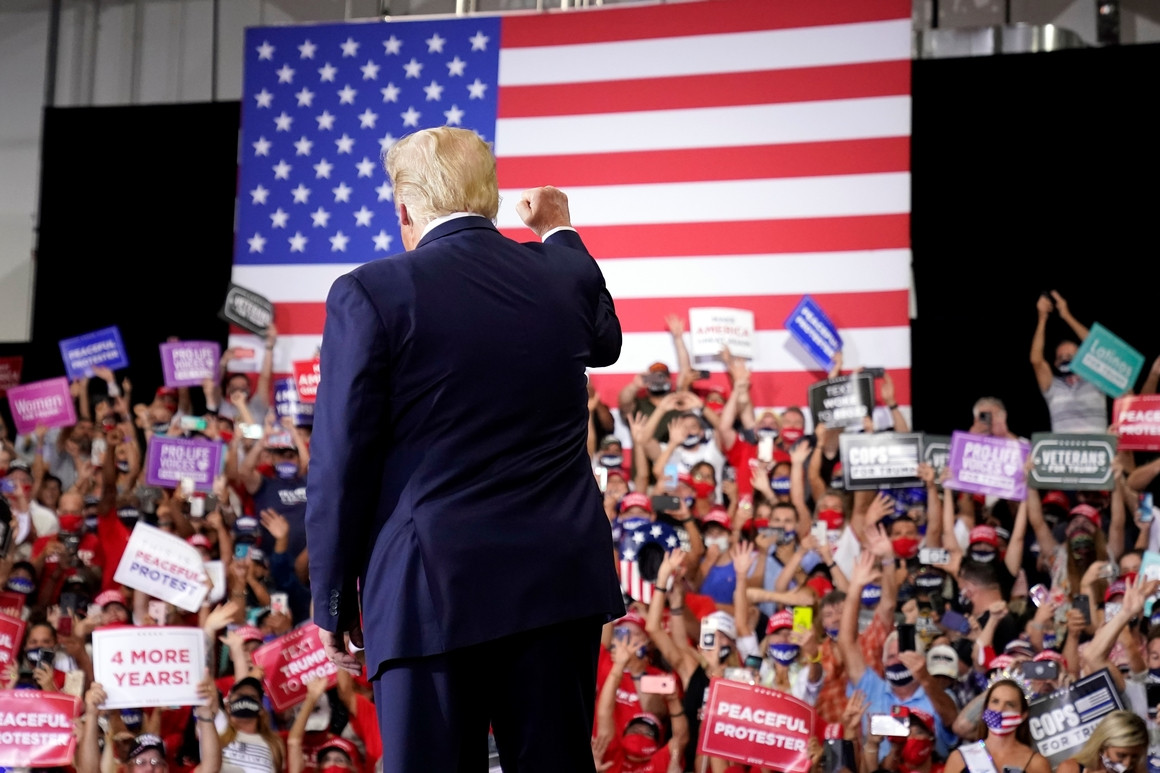 The GOP and the Donald Trump Effect

The History of the Republican Party

The Republican party was founded in 1854 on the opposition of the extension of slavery into Western territories. Since our nation's founding, 19 Republicans have served as president. 25% of registered voters identify as Republicans, but that number is ever changing. Today, the platform of the Republican party is based around gun rights, deregulation, and lower taxes. From Abraham Lincoln to Donald Trump, the Republican party has changed drastically.

As President Joe Biden steers the ship of the US, the Republican party is the most divided it has ever been. Republicans in the Senate are spl

In the 2016 Presidential primaries, Donald Trump was viewed as inexperienced, too outspoken, and weak. The world was taken by storm as Trump progressed through polling, voting, and ultimately won the nomination. Trump was the last person I would have ever expected to be the Republican nominee, nevertheless president. With Trump as president, American foreign and domestic policy may never be the same. Former President Trump gave foriegn leaders the image that America was different from before, but in a worse way. He gave them the image that the US was now the bully of the world. The US was transformed from the nation you could seek for help when in troubled times, to the nation that would laugh at you when you were down. Trump mocked, ridiculed, and scorned world leaders simply for having an opposing opinion or disagreement. Trump is said to have attacked Ms Theresa May as weak — calling her “a fool” in her approach to Brexit, NATO and immigration during phone calls held between 2016 and 2019. Actions such as this ultimately led to the US being humiliated by unprofessional actions by the former president. For instance, world leaders attending the Nato summit in 2019 had been caught smirking conspiratorially while apparently discussing Trump. Events like these were not also seen on the world stage, but at home as well. Trump bullied and pressured party leaders until they agreed with him, or they never spoke out against him again. This ultimately affected congressional progress. This includes Senator Lindsey Graham, former critic of Trump but magically turned supporter after tweets from the President calling him out. This practice has only made Republican relations worse. I believe that Republicans in Washington never liked Trump, but were too scared to express it due to the intimidation of Trump's tweets and backlash. Where could all of this originate from? To understand this question, we have to look at Trump’s upbringing. Donald Trump was born in 1946 in New York City, to Frederick and Mary Trump. Frederick Trump was a builder and real estate developer. Donald lived a lavish childhood in which the phrase, “No” was very seldomly heard nor spoken. This constructed a complex in Trump’s brain to rule his Presidential term as a king would. When someone disagreed with Trump in his cabinet what happened? Fired. When a politician spoke out against his actions or statements, what happened to them? They were ridiculed on twitter. Now, everytime an individual voices the word, “Republican” Trump is the first thing to pop up in their mind. This has had a negative impact on the Republican party as a whole due to Trump’s unprecedented behaviour and actions presented in the news. The most important thing Republicans can do now is to unite together and move on from the disaster that Trump was for the party.

As republicans move on and forget about Trump, we must examine who they can identify as their new leader and who will take over the sinking ship. The job to change the party’s reputation from bad behaviour and unprofessionalism will be very hard. So, who could do it?

My first choice would be senator Marco Rubio from Florida. Rubio has constructed an outstanding resume for himself. He also has the experience and leadership skills that Trump lacked. As of 2016, Rubio had an A+ rating from the NRA. Additionally, he has stated that the Second Amendment is a cornerstone of American democracy. On immigration, Rubio supports securing the country's borders and then offering a legal status to people who came to the United States unlawfully. In 2014, Rubio proposed legislation to replace the earned income tax credit with a federal wage enhancement for qualifying low-wage jobs. The proposal would apply to singles as well as married couples and families with children. It would also arrive in sync with a monthly paycheck rather than a year-end lump-sum credit. Rubio asserted that this was a "better way to support low-income workers than simply raising the minimum wage. Rubio has had a history battling Trump since the 2016 Presidential Primaries and has been strong about it.

My other choice for this incredibly hard task would be Senator Ben Sasse. Sasse has been representing Nebraska in the Senate since 2015. In 2020, Sasse voted in favor of the USMCA, a beneficial win for North American workers, farmers, ranchers, and businesses. The Agreement creates more trade supporting high-paying jobs for Americans and growing the North American economy. Also, Sasse stated on his Senate website that, “Government doesn’t grow the economy; the private sector does. It’s time for comprehensive tax reform that simplifies the tax code by eliminating special-interest loopholes and lowering taxes on individuals and businesses. In addition to tax relief, eliminating burdensome rules and regulations will help to unleash America’s economic potential, and help the next generation recover a sense of optimism about the American Dream for everyone of every race in every neighborhood.” Sasse is a prime example for someone the GOP should look at for a leader. Sasse has never backed down from a challenge from Trump and has strong republican principles.

All in all, I believe the primary focus of the GOP should be moving on from Trump, and identifying their new leader to get them through the storm and battle they are approaching,

My name is Ivey Redd and I am a 15 year old centrist from Kentucky. I enjoy economics, playing football, and reading.