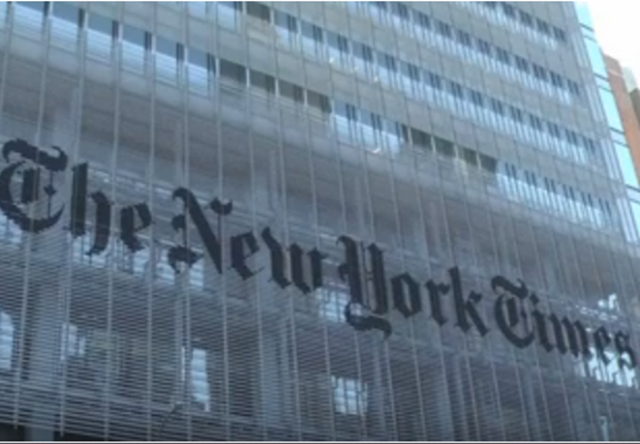 The Importance of journalistic advocacy

Media remains one of the most essential institutions in the United States. And at the same time, the media remains ever-changing. Take the increasingly politicized nature of more non-partisan forms of media such as television and film. This is not to refute the constant commentary on society that film and television pose, but to assert that television and film now push unabashedly political messages. For example, compare the way The Matrix showcases universal messages about truth and society to the way Get Out directly explores neoliberalism and racism.

At the same time, partisan media still plays a massive influence on how people learn about politics. The influence of Fox News and similar right-leaning news outlets remain a prominent force in American politics. During the Trump presidency, Fox News was often criticized for serving as a mouthpiece for the administration. Even the world of celebrities has become more political as celebrities are encouraged to use their large platforms to be political. However, some celebrities like Scarlett Johanssen argue that celebrities shouldn’t have to be political because it’s not their jobs.

This is just to say that there are many examples of how media as an institution has changed. Journalism is no different. The most notable change in journalism is its form: one cannot deny the shift from print journalism to digital journalism. But, no matter the form, journalism has mostly remained true to the institution's core values of integrity, public trust, and accountability. Some may argue that these values have been lost over the years, especially with the proliferation of journalism across social media. But notable journalistic publications like the Associated Press continue to uphold these values and standards. Not coincidentally, these publications are also distinctly centrist. Non-centrist publications, like the left-leaning New Yorker and Vox or the right-leaning Breitbart and New York Post, also have large followings, but they are not as objective when it comes to fact-based reporting as organizations like NPR.

Quality journalism, as pioneered by notable, historically significant news organizations like the Associated Press and the New York Times, is an important part of the United States government. For example, the impact of the landmark Supreme Court New York Times Co. v. United States — the case that allowed the publication to publish the Pentagon Papers without the risk of government censorship during the Vietnam War — is an instance of journalism wielding serious influence on U.S. policy.

Advocacy journalism can seriously impact legislation, primarily through lobbying local officials and garnering local support for an issue or initiative. As more people are becoming politically involved, more advocates and organizers are turning to journalistic advocacy as a form of advocacy. In short: more advocates are becoming journalists.

Right-wing journalists like Dennis Campbell argue that this journalism represents a complete disregard for truth post-Watergate. The right views this advocacy as propaganda, while the left views it as the advantageous merge between advocacy groups and media organizations. Mathew Ingram for the Columbia Journalism Review cites the ACLU revealing Amazon’s recent implementation of facial recognition software as an example of the way that advocacy groups have used — and continue to use — journalism to their advantage. People's views on advocacy journalism differ on whether it represents positive or negative deviance from the traditional values of journalism. The right may view the departure from traditional, objective journalism as a sign that journalism is becoming propaganda. The left may view the turn towards opinionated journalism as a new opportunity for advocacy and reform.

On the same political thread, op-eds — commentary rather than strictly fact-based reporting — have become a vessel for bridging the personal to politics. Op-eds have given a voice to the social issues that our nation is currently facing and have done this in a way that fact-based reporting cannot. This personal element to politics is a new way that journalism can portray traditional journalistic ideals like integrity, public trust, and accountability, but at the expense of objectivity.

Advocacy journalism must ask itself where facts and opinions meet. It must ask itself what kinds of opinions can be supported with facts, and what a fact means if it is put in an objective light. In turn, Americans must be more critical of the journalism they consume. Advocacy journalism presents a greater debate about the ethics of journalism. Is it good practice to publish stories with the expectation that readers will do the extra analysis of thinking critically about what they read? Can you expect the average reader to do their own fact-checking or understand what is objective and what is not? These are questions that journalistic advocates and journalists generally must consider as journalism continues to change and grow.