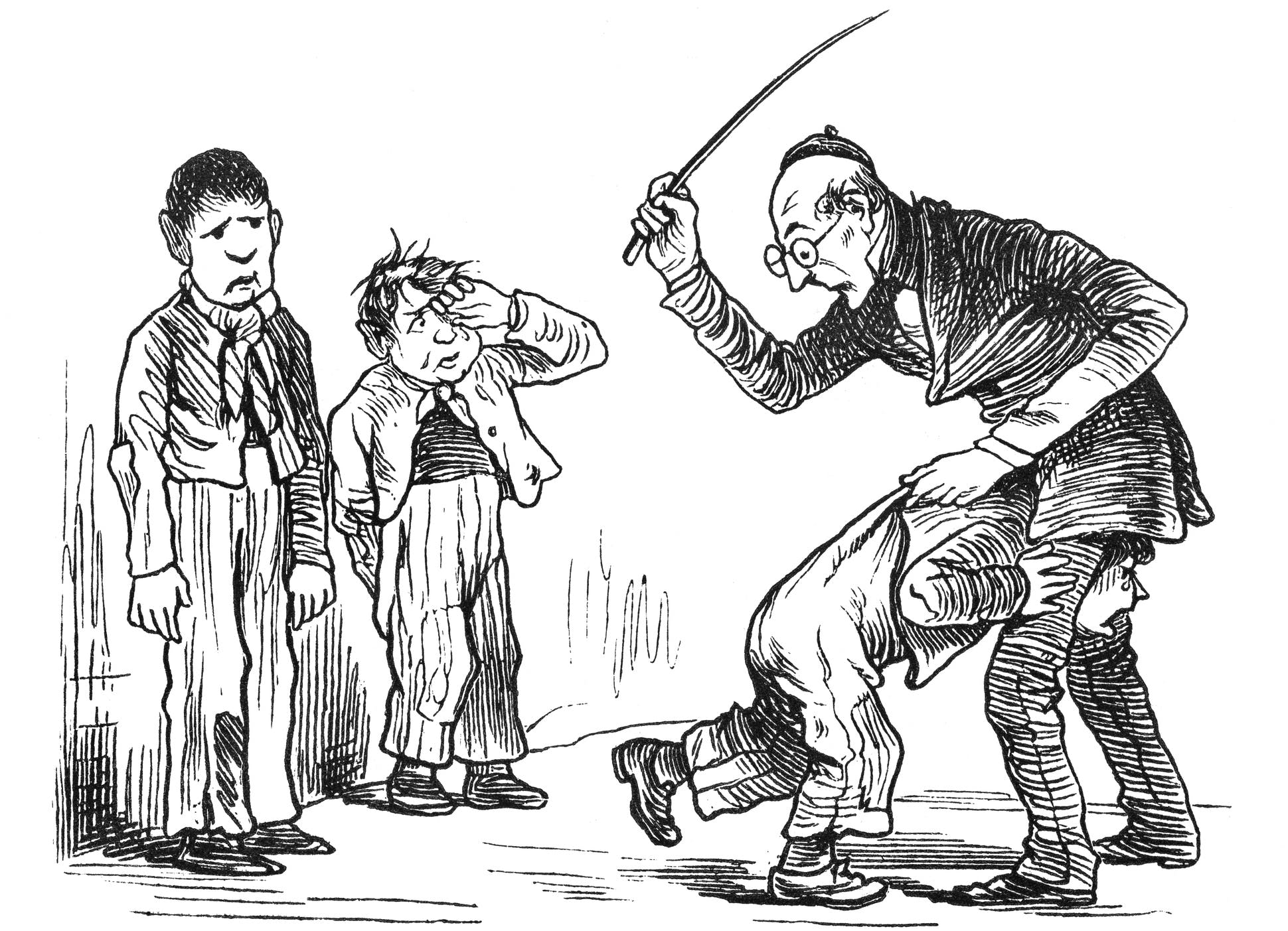 The Ineffectiveness of Corporal Punishment

Corporal punishment is physical punishment, mainly in the forms of flogging or caning. The use of corporal punishment dates back to ancient times when it was used as punishment for crimes. Many civilizations would showcase their penalties for those who committed serious offenses. When thinking of this, the French Revolution comes to mind. Executions would be put on display for the general public to watch. In Ancient Rome, gladiators would fight to the death in arenas as a form of entertainment. In Biblical times, criminals were flogged in the streets. Why did this occur? Why is the human race so set on inflicting suffering and pain upon itself?

The evident purpose of corporal punishment is to implement fear. Parents instill fear into their children by threatening them with beatings, just as governments instill fear in their people by threatening them with pain. Looking at corporal punishment from this perspective, it seems effective, as hardly anyone wants to condemn themselves to suffer. However, the situation is not black and white. There are other aspects to take into account, such as the psychological effects, particularly upon children. Some countries have outlawed things like flogging, but spanking remains prevalent in our current world. Although it is more humane than whipping someone in the town square, it still has many flaws. As previously stated, the threat of pain instills fear, and fear works to prevent certain actions. This is perfectly explained by Alice Miller, who states, "In the short term, corporal punishment may produce obedience. But it is a fact documented by research that in the long term the results are inability to learn, violence and rage, bullying, cruelty, inability to feel another's pain, especially that of one's children, even drug addiction and suicide, unless there are enlightened or at least helping witnesses on hand to prevent that development." Although fear produces short-term obedience, it also creates chronic trauma and harm. Corporal punishment can cause lifelong effects, and it does more harm than good.

When children are subject to physical punishment, it creates a plethora of problems. These children may lash out to their peers. They will likely continue the cycle, becoming abusive partners and abusive parents to their children. From experiencing beating/spanking, children learn that making mistakes equals pain, which is harmful to the child's development. Ashley Montagu states, "Any form of corporal punishment or 'spanking' is a violent attack upon another human being's integrity. The effect remains with the victim forever and becomes an unforgiving part of his or her personality--a massive frustration resulting in a hostility which will seek expression in later life in violent acts towards others. The sooner we understand that love and gentleness are the only kinds of called-far behavior towards children, the better. The child, especially, learns to become the kind of human being that he or she has experienced. This should be fully understood by all caregivers." To rephrase, the behavior is contagious. If a child is shown kind behavior, they will mimic it. If they are shown abusive behavior, they will also mirror it. This concept is often used in the nature versus nurture argument. For example, children who are hit may take it upon themselves to regulate other children's actions through hitting. This action can cause the child in question to get in trouble with their teachers, which creates even more problems.

This is besides the fact that it is simply morally wrong to inflict pain upon another human being, especially your child. Spanking is legalized violence against children. When an adult hits another adult, it is considered assault, yet when an adult hits a child, a defenseless human being, it is considered just punishment? Ellen Key states, "Corporal punishment is as humiliating for him who gives it as for him who receives it; it is ineffective besides. Neither shame nor physical pain has any other effect than a hardening one." Physical pain does not have a positive effect; it teaches nothing besides lifelong shame and guilt.

There are plenty of other ways to teach children the difference between right and wrong, such as having discussions about what behaviors are correct. One of the best ways to teach your children how to act is by showing them. Joyce Rachelle says, “One cannot prevent abuse through discipline when abuse and discipline feel the same.” Those who try to solve cruel and wrong behavior through cruel and wrong behavior are illogical hypocrites. It makes little sense to teach through doing the exact opposite of what you are teaching, especially since, as stated before, children learn by watching others. The first people they watch are their parents, who are their primary caretakers.

Corporal punishment has been used for thousands of years and has just recently been deemed unacceptable. From flogging to spanking, there are years of history behind this practice. In the present day, corporal punishment is mainly used in households and schools, as that is considered more humane than flogging in the center of town. Teachers use corporal punishment against their students, trading the well being of the children they take care of for obedience. Parents use it against their children as a method of teaching them right from wrong, although there are many different ways to do this without causing lifelong harm. Corporal punishment can cause anxiety, depression, aggression, and overall bad conditions in its victims. Hopefully, the US population comes to understand that the evil outweighs the good in this situation. Maybe soon, the adults, the decision-makers of this world, will understand that hitting children is wrong.