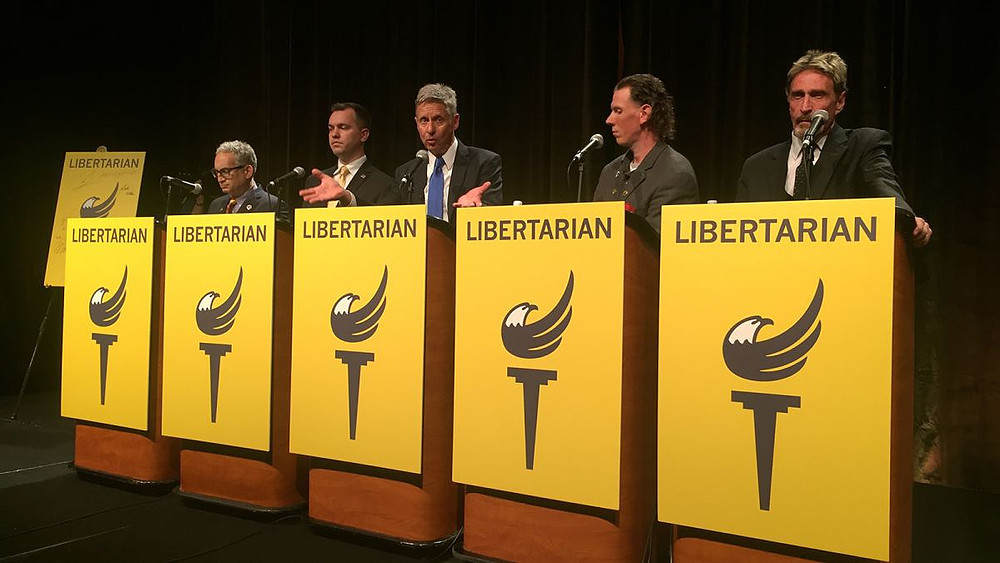 I won’t sugarcoat it: Libertarians today have a culture problem. Modern libertarian culture is largely toxic, uninviting, and unproductive. This culture is ubiquitous in virtually all aspects of libertarianism, from its members’ interactions to any attempts to institute legal reforms.

For the purposes of this article, I will define these following terms as such:

The collective of ‘Broad Libertarians’ and ‘Libertarian Purists’

Upon a quick glance into the dialogue between libertarians today, the first and most apparent thing any non-libertarian would be met with is extremely invasive gatekeeping.

Gatekeeping, in its traditional context, describes the act of one very devoted group picking and choosing whom they accept into their group. With libertarian purists, gatekeeping has become an entire ideology. Libertarian purists consistently and viciously attack broad libertarians for failing to conform to their strict political ideology.

Libertarians agree that state-sanctioned vaccine passports are abhorrent, but they fail to see past their bickering. Almost all communication between the two sides has become a form of argument, and this is almost exclusively what non-libertarians see. Non-libertarians aren't confronted with the two sides’ arguments and left to decide which they support, but rather, they are met with a toxic barricade of ad hominem arguments and unproductive dialogue.

However, this toxic culture isn't limited to Twitter. It permeates virtually all of the online world. Reddit, for example, has many shockingly active subreddits strictly devoted to this kind of unproductive debate between broad libertarians and libertarian purists. In a discussion about why some libertarians have started to deviate from the libertarian purist view, one user posted the following:

“Either they’re being a dick trying to appear like a “bad libertarian” (which this ideology is based on individuality so whatever) or they need to be educated. I’m all for calling bullshit, but so many on this sub just say “cuckservative” and leave it at that.”

Now,  it would be reasonable for one to argue that this toxic culture is simply a side effect of toxic platforms, but this is just simply inaccurate. Twitter and Reddit can be very hostile places, especially when it comes to ideological thought; however, this libertarian purist gatekeeping persists far outside of the online world.

In the Libertarian Party debate for 2012 presidential nominee, the following question was raised:

“Should someone have to have a government-issued license to drive a car?”

Gatekeeping is so prevalent both online and in-person within libertarian debate that a non-Llibertarian will almost always be met head-on with it. It will likely be their first introduction to the libertarian world, and it won’t be a good one. Libertarian purists gatekeep their ideology so specifically that any non-libertarian looking in would have a difficult time saying, “Hey, I want in on that.”

In order for a libertarian to grow the ideology and achieve mainstream political success, they have a lot more work to do than a traditional conservative or liberal today. Liberals and conservatives, in actuality, do not differ greatly in ideology. For example, they could reasonably sit down and debate what the top marginal income tax rate should be. The same cannot be said for a libertarian, as the wide belief among libertarians today is that there shouldn’t even be an income tax.

Due to the nature of American politics today, libertarian ideology is such a radical departure from what is mainstream that even though liberty isn't “radical,” it is still perceived as such. In order for libertarians to spread their ideals, they need to promote an entirely new ideology and political philosophy among non-libertarians rather than on only one specific issue.

So, when a non-libertarian is immediately met with unproductive gatekeeping and radical viewpoints both online and in the real world, what motivation do they have to actually shift their political ideology? Why would any sane person voluntarily jump into the toxic culture they are presented with?

All of this isn't to say that libertarian purists shouldn't have a place in libertarianism; of course they should! Rather, it says that, through gatekeeping, purists often unwittingly lock people out of considering joining the party or ideology. Libertarianism needs to be rebranded in order to reflect the multitude of ideas that its members hold, rather than simply reflecting the ideas of libertarian purists. Gatekeeping and bickering over comparatively inconsequential topics such as government-issued licences needs to stop being put front and center in libertarian dialogue when prominent issues such as healthcare, immigration, and tax reform exist as key components to expanding the ideology.

In order to achieve mainstream political success, Libertarians must address this culture and remedy it. Failure to do so will further displace non-libertarians from the ideology and hinder the advancement of libertarian principles.

“r/Libertarian - Why Are so Many of You Gatekeepers?” Reddit,