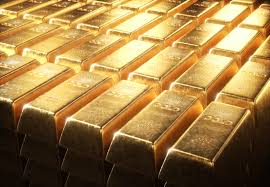 The Need for the Gold Standard

The gold standard is the most efficient way of having a monetary system set up. A gold standard takes power away from the state and allows for some backing to the currency of the country, which allows for money to fluctuate less in value. This allows for stronger savings, steady monetary value, and individual benefits such as real wage growth. Savings are a necessity to have a positive amount of economic growth. To incentivize investment, we need to have a good amount of savings, and to have savings, we need to have a steady monetary value. That is what the gold standard does. Fiat currency inflation is rampant, and when we have these levels of inflation, it destroys savings due to the money in savings losing all its value. To have a lower interest rate, we need to have a higher amount of savings, and fiat money has destroyed all of our savings. Now that we have our savings destroyed due to inflation and fiat money, it is a necessity that we have a higher rate of interest to make up for the loss of savings so the interest rate is at its natural level. In proper American fashion, the Fed will set interest rates lower than its natural level, which will lead to higher levels of credit expansions that will ultimately lead to market crashes. Without savings, that leads to less stable economic growth and opens the door for malinvestments to occur. Currently, we have almost no savings and are 25 trillion dollars in debt. If an event like World War II or The Great Depression were to happen today, the consequences would be disastrous. Savings funded much of World War II, but currently, we have no savings as a result of fiat money and inflation. To restore savings, we need to return to the gold standard. When we look at the benefit of the individual, having a stable currency allows for better wage and real wage growth. When it comes to real wages, you need a stable currency for this real wage growth. If we constantly have inflation, an unstable currency will inevitably hurt this. A gold standard can adjust to the market, unlike fiat currency that is in the hands of the government and the Fed. As for actual rates of inflation, we see in the graph below that the gold standard has been more efficient for the stability of the currency compared to fiat currency and the gold exchange standard.

As we can see here during the period of the classical gold standard, there is a steady amount of deflation from the 1800s to the early 1900s. When we see the classical gold standard abolished, we see a little rise in inflation as it mostly goes back to normal. Then the gold exchange standard is put into place. We do see more inflation, but once we see every level of a commodity-backed standard abolished in 1971, we see a massive rise in inflation going from the 1970s to today. Also, one major problem with a fiat currency is wage stagnation. Wage stagnation was not a problem before 1970 when wages were increasing at equal rates to labor productivity. In 1971, after the gold-exchange standard was abolished, we saw stagflation occur due to the complete abandonment of the gold standard that ultimately led to wage stagnation.

The gold standard is a form of monetary rules. If the rules are all followed properly, that means that it will be the best commodity-based currency possible. If you don’t follow the rules, there is no benefit to the gold standard. The Federal Reserve is not guaranteed to do this as a state-owned bank, since there would be no profit motive. The end goal would be to abolish the Federal Reserve and go to a free banking system in which the profit motive of private banks can ensure that the monetary system of the nation would be at it’s best no matter the situation. Even with the Federal Reserve, a gold standard would be significantly better than the current fiat system. Although the Fed is very inefficient with either currency, a gold standard would allow for more power to be taken out of the Fed’s hands and have a commodity-backing to money that will allow the markets to support the currency.