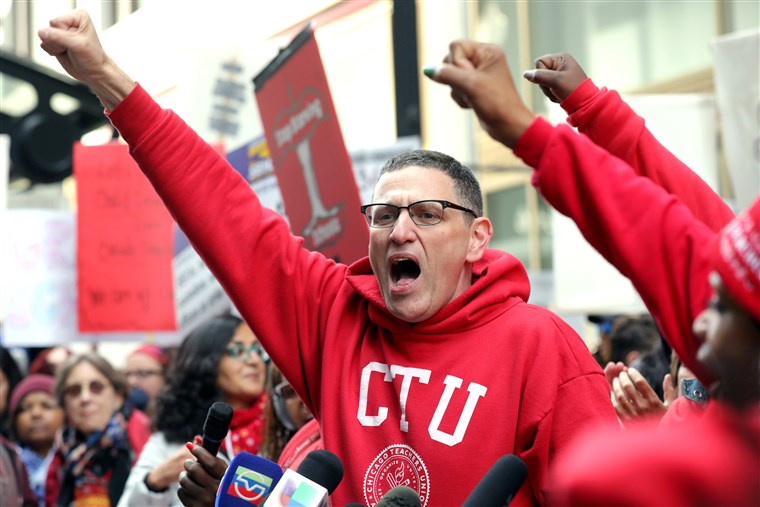 The People as the Employer: The Problem with Public Sector Unionization

Three decades before the killing of George Floyd, Michael Sauro, a Minneapolis Police Officer, was off duty at a bar when a fight broke out. A man grabbed Sauro, who responded by handcuffing him, dragging him back to the kitchen, and repeatedly kicking him with his steel-toed boots. “I was dealing with animals,” Sauro recalled when asked about his job. “My dog is more human than them.” Four years after the assault, a court ruled that Sauro had used excessive force against the victim, and the city of Minneapolis was forced to pay $700,000, the largest amount awarded in a police misconduct lawsuit to date in Minneapolis. Sauro was obviously a liability to the city, having over 32 civilian complaints in addition to the lawsuit, so the mayor decided to fire him. But, with the help of his police union, the Police Officers Federation of Minneapolis, Sauro appealed to an arbitrator who forced the city to hire him back. He went on to cause significant damage to the city and the department, most notably by leading the Sex Crimes Unit and not throughly investigating cases. An internal review found 1,700 rape kits at the department that hadn’t been tested, and Sauro was quoted as believing that “sometimes victims have to take responsibility for their decisions and their actions.”

The power of unions to protect workers from what is in the public interest is not confined to the law enforcement setting. Recently, there has been a push to reopen schools after their closing due to COVID-19 — a push that has largely been opposed by local and national teachers unions. Even though an emergent scientific consensus stresses the importance, ease, and safety of reopening schools (see my previous YIP article), Randi Weingarten, the president of the American Federation of Teachers (AFT), the second largest teachers union in America, recently remarked that although reopening is important, it’s “not going to happen in two and a half nanoseconds,” and that teachers have good reason to be anxious. Following the lead of the national unions, many big-city local unions are fighting back against school reopenings. Lori Lightfoot, the mayor of Chicago, just resolved a standoff with the Chicago Teachers Union (CTU), where union members (teachers in the Chicago Public School System) refused to participate in a hybrid model after students had been in e-learning all school year per CTU demands. An official elected by the people at odds with a group of government employees — what could be more democratic than that!

Police unions like the Officers Federation of Minneapolis and teachers unions like the AFT and CTU are all public sector unions — that is, their members are all employees of the federal government and state and local governments. These unions have a lot of influence in governance, as they can use financial incentives and endorsements to woo politicians. In the 2020 presidential race, large police unions endorsed Donald Trump while teachers unions went for Biden. It isn’t surprising, then, that a former teachers union leader was considered a front-runner for Secretary of Education or that Biden has taken an ambiguous stance on school-reopenings since his inauguration.

Public sector unions didn’t always exist as they do now. In 1935, the National Labor Relations Act (NLRA) was passed. The NLRA, also known as the Wagner Act after Senator Robert Wagner, the principal author, granted workers the right to unionize, collectively bargain through self-chosen representatives, and engage in concerted activities for the purpose of collective bargaining. Its purpose was to “protect the rights of employees and employers,” but there was a notable caveat: the term “‘employer’…shall not include the United States or any wholly owned Government corporation, or any Federal Reserve Bank, or any State or political subdivision thereof. . . or any labor organization (other than when acting as an employer), or anyone acting in the capacity of officer or agent of such labor organization.” Basically, public sector unionization was not protected in the Wagner Act.

Eventually, in the 1950s, there was a push to recognize public sector unions. Wisconsin was the first state to allow government workers to unionize, following pressure from the American Federation of State, County and Municipal Employees (which was started in Wisconsin) and other groups. Soon after, in 1962, John F. Kennedy signed Executive Order 10988, giving federal employees the right to engage in collective bargaining. While unionization has overall become less common than it was in the mid 1900s, public sector unionization rates have increased. In 2020, 34.8% of government workers were unionized — compared to 6.3% of private sector workers.

Even Franklin D. Roosevelt, a big proponent of policies that favored workers, recognized the problem with public sector unions. In a letter to the president of the National Federation of Federal Employees (NFFE) shortly after the passage of the Wagner Act, he wrote that “All Government employees should realize that the process of collective bargaining, as usually understood, cannot be transplanted into the public service.” Elaborating, he noted that in the case of government workers, “the employer is the whole people, who speak by means of laws enacted by their representatives in Congress.” The message was clear: when employees of governments collectively bargain, they do so against the will of the people. In a country that prides itself on being a “representative democracy,” that’s a major issue. It means that when the people want police reform, or even simply a bad officer to be terminated, these actions will be hard to come by. It means that when the people want their kids to learn in-person, the threat of strike is more than enough for teachers to keep schools closed.

The only feasible solution is to ban public sector collective bargaining completely, on all levels. As long as public sector unions exist, they will continue to undermine the decisions of voters, forcing them to fund institutions that don’t address the biggest needs. Attempting to limit the power these unions have while keeping them intact will still preserve the fundamental problem — that the fight against the employer is really a fight against the “whole people.”