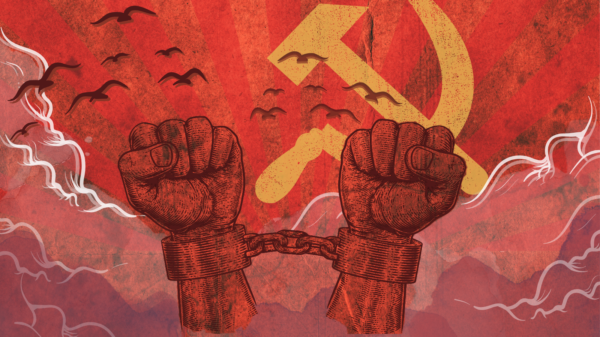 The Politics and Philosophy of Peace: An Anti-Capitalist Critique

This article was originally written by Himani Soni for yipinstitute.com

In Lin Yutang’s “Peace is in the Heart,” the author examines the politics and philosophy of peace within a revolutionary framework. Using this text as inspiration, I challenge the neoliberal, capitalist global polity that silences resistance movements and political dissent. Furthermore, the evolution of liberatory political organization and education demonstrates a fundamental dissatisfaction with the current state of both domestic and international politics. I evaluate the philosophy of peace described in “Peace is in the Heart,” written in 1948, relative to contemporary political and human rights issues.

To engage with the basic tenets of peace, we must first understand the science of society as informed by the combination of biography and history. Personal troubles are examined at their root cause as public issues and might be resolved through connecting the problems of daily life to history as waves and eras of political existence. C. Wright Mill’s “Sociological Imagination” introduces this concept as the promise of a sociological worldview in which an optimism for peace can arise from the application of the study of society and its injustices to provide a theoretical foundation for revolutionary politics and political organization for liberation as a means to achieve peace.

Politicians and diplomats throw around the promise of peace yet the term has a significantly different meaning based on the context. The term peace carries opposing connotations depending on socioeconomic status or an individual’s social location based on the intersections of power and privilege, including but not limited to: race, ethnicity, gender, sexual orientation, class, caste, religion, ability, etc. Peace—for many activists and organizers—refers to the complete elimination of oppression through movements for liberation. In this context, the means for achieving peace do not have to be peaceful because the conditions of systemic injustice are inherently violent, in both physical and symbolic ways. This concept challenges the dichotomy between peace and violence with a nuanced outlook to understanding movements for liberation as a long-term approach to achieving peace. It sees state violence as the catalyst and resistance as the means to the end goal of peace.

Meanwhile, peace for those of higher social locations is framed within a short-term state of being, in which individuals are in a position void of calls to action. Peace for these actors, both institutions and individuals, is not in opposition to violence, but to inconvenience. In this context, the major distinction between “state peace” and “people peace” is the absence of systemic violence as the original impetus for political upheaval. For example, more often than not the condition of peace for this ideological orientation is at a micro-level analysis of individual behaviors as morally good or bad, compared to the analysis of individual action as a response or reaction to the historical and material conditions shaping consciousness. This perspective is both ahistorical and inconsistent at understanding the evolution of societies and populations from a sociopolitical viewpoint because it fails to consider state violence and systemic injustice imposed on individuals and communities as valid antagonisms to peace. Instead, peace is considered the absence of visible conflict; a silence that provides those who are not affected a sense of comfort.

The assertion that peace is the absence of conflict is a concept Lin Yutang challenges at length in their book, “Peace is in the Heart.” In this section, they discuss the state of peace as natural—an extension of being human:

“Peace is normal, as health is normal...Peace is rich, peace is satisfying, peace is growth and movement and action and life. Peace is as natural as harmony because it is the normal way of man; man rejects war as he intuitively rejects discord or dissonance in music. And the psychology of domestic peace, national peace, and world peace cannot be very different.” (p. 20)

This argument proposed by Yutang criticizes the Western school of thought on measuring peace. They describe peace as a positive ideal, whereas peace as the absence of conflict is a negative ideal. They suggest that the Western interpretation of peace is fallacious because it assumes conflict as the default state of being, as fundamentally inevitable and resilient. This theoretical framework applies directly to the function of policy and statehood. The difference in the examination of peace as a philosophical concept is evident in the analysis of policy, both domestic and international, especially in regards to human rights law. For instance, the “Kill the Bill” protestors in the UK reject a new legislation that serves to expand the power of law enforcement against those who exercise the right to freedom of assembly. Such measures function to increase the authoritative control of the state over its people. It responds to political dissent and resistance to state violence with further militarization. Politicians like Boris Johnson view peace in terms of inconvenience. Instead of reflecting on the purpose of resistance, they aim to suppress and silence those fighting for liberation by delegitimizing their oppression.

Moreover, the struggle for liberation is always confronted with opposition regardless of the form it takes. The state’s monopoly on violence directly relates to the demand for nonviolent resistance by neoliberal institutions. An example of this occurring can be demonstrated in the American media uproar over Colin Kaepernick kneeling during the National Anthem. From acts of civil disobedience to rioting, there is no demand from those who defend the expansion of law enforcement or the military to resolve the catalysts of such resistance. In addition, when the plea for nonviolence arises during a wave of resistance, it fundamentally misconstrues violence as a means to liberation as worse than the violence imposed by the state. For instance, the United States spending nearly a trillion dollars annually on military bases in every corner of the world is not considered violent enough. The expansion of American policing system after the Civil Rights Movement is not violent enough. The global genocide and erasure of indigenous populations is not violent enough. The outrage towards the violence inflicted by imperialist nations in the Democratic Republic of Congo for conflict minerals is virtually nonexistent. It is discernible that imperialist, neocolonial nation-states are in no position to demand nonviolence from marginalized and exploited populations when they actively perpetuate injustices around the world. Inversely, they cannot be the leaders for global “peace” initiatives when they do not aim to liberate oppressed populations from violence nor have ever supported liberation movements beyond lip service and empty promises.

To the question of how to achieve peace, we must evaluate the context of power and statehood to understand whether nonviolent resistance is an effective method for achieving peace. However, do not misinterpret my criticism of nonviolence as an endorsement for rebellion for the sake of angst and insurrection but as an essential aspect of achieving long-term peace for those who are oppressed.

This quotation highlighted the actors that uphold violence imposed by the state. In order to achieve true peace, these figureheads of the “justice” system must be interrogated for their contributions to the enforcement of fatal and destructive policies, antithetical to the ultimate value of peace. We must be critical of the motives of actors who use the word peace because it is disingenuous without the deliberate intent to liberate.

I reflect on Lin Yutang’s argument on the politics and philosophy of peace to better explain the act of resistance in the political organization for human rights as necessary to achieve liberation. Moreover, I outline some of the major tenets of peace including peace as a positive ideal compared to the Western school of thought as the endorsement of peace as a negative ideal. Then, I demonstrate this philosophical distinction in the application of domestic and foreign policy of imperialist nations. Through this theoretical analysis, I aim to pose a critique of statehood, carceral punishment, and military interventionism as simultaneously catalysts and antagonisms to achieving true peace.

YIP Socialists are part of the YIP Partisanship Project which works within the Institute for Youth in Policy’s mission to connect policymakers and youth stakeholders at the local, state, and federal levels with nonpartisan evidence, ideas, and actions needed to strengthen policy education for all.