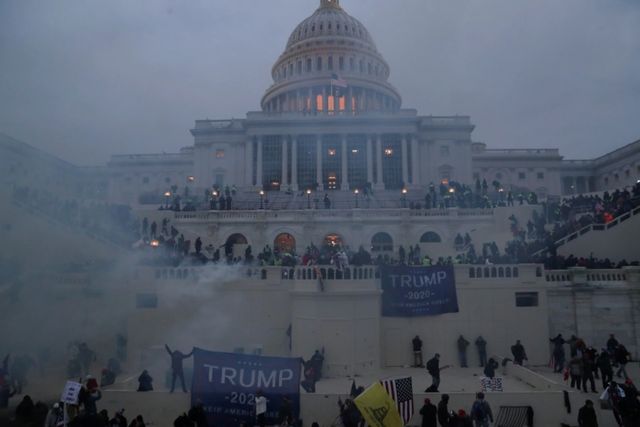 For years, Americans have prided themselves on their freedom and democracy. An ideology that is often believed to have no flaws, so fair and just that the people would be treated equally, and so strong and embedded in the nation’s history that it will never be ruptured. After all, this is what the great American constitution supposedly ensured. So why did the devastation on January 6th play out the way it did at U.S’s capitol hill? This article explores exactly that, by providing you a breakdown of how violence unfolded before our eyes.

Just today, months after election night, Biden’s victory was confirmed by the Congress, and Trump gave America’s long-needed concession speech. However, things weren’t as peaceful as this the day before. The truth is, riots sparked at the U.S capitol building, while lawmakers, staff, and reporters were finalizing electoral college votes for the U.S presidential election. This is because pro-Trump protestors disturbed this certification process by breaking in the infrastructure, to prevent a confirmation on Biden’s victory by delaying the certification. This was characterized by four deaths as property was vandalized and guns were pointed at people’s heads.

This is no longer “democracy”. In fact, Trump has run countless lawsuits and cases to prove that the election was rigged to overturn the results, but there has still been no evidence of it. Democracy is no longer trusted in, as the people go out their way, and do what they can to stop something from happening because they don’t want it to. Obviously, the bill of rights guarantees the right to peaceful assembly. Though a fatal protest characterized by property vandalism is not “peaceful”, it’s rather violent. These protestors have committed wrongful acts that proved disbelief in the system, and no morality in their actions and intentions.

Domestic terrorism is best defined as “the unlawful use of violence and intimidation” in the nation’s own grounds in order to achieve a political need. The people sparked violent riots and vandalized property on the people’s own land, in order to stop Joe Biden’s presidency. This is exactly what the U.S Capitol Hill protests were: a form of domestic terrorism. More importantly, this was a showcase on the fragility of democracy and the American population.

Nonetheless, Trump’s facebook account has been banned indefinitely as a result of his actions, and has led to further American divide as he incites the violence that sparked.

Fourteen days on the clock, two weeks left until Biden’s inauguration day. This is the final countdown. What else will Trump do? And more importantly, what type of impression will Trump decide to leave on the books?