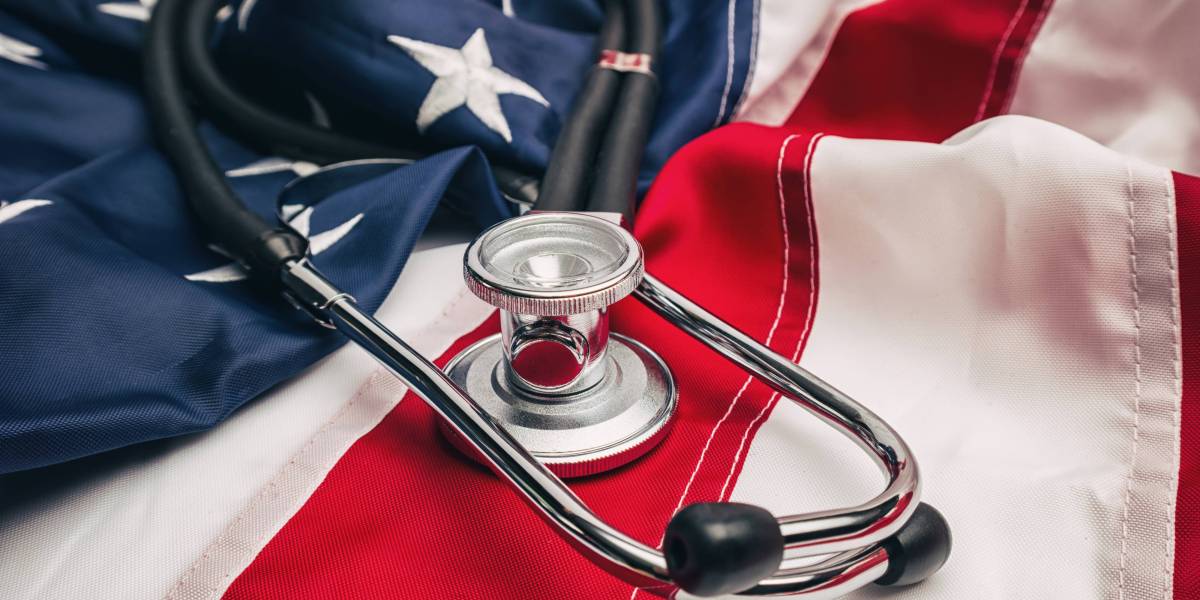 US Health Care vs. Countries with Universal Healthcare

The debate about health care is one of the most important and contentious in the current political climate, being ranked second in the list of important voting issues of the 2020 presidential election, per surveys conducted by the Pew Research Center. America remains one of the only developed nations to not provide its residents with universal health care, much to the chagrin of leading Democrats such as Bernie Sanders and Elizabeth Warren, who advocated for the vast expansion of Medicare to cover all people as part of their primary challenges. In the end, the more moderate Joe Biden secured both the Democtartic presidential bid and the presidency, running on a platform centered around setting up a public option, slightly expanding Medicare coverage, and enforcing regulations on the private sector. Neither of their policies, however, are perfect, nor are they the only possible solutions. The health care policy debate is a multifaceted issue with other countries finding various innovative solutions, all of which America can take some inspiration from.

Of the 92 percent of Americans covered for all or part of 2019, approximately 68 percent were covered through the private sector and 34.1 percent obtained coverage from the public sector. The private sector includes individuals or organizations providing health care or supplying insurance not directly owned or controlled by the government. Everyone is eligible for coverage under the private sector, and 49% of Americans get private health care from their employers. The public sector, on the other hand, encompasses organizations or insurance plans provided and/or controlled by the government. This consists of the government-funded health insurance plans, Medicare, Medicaid, and CHIP, which only certain individuals are eligible for. This system is strewn with issues and requires change immediately.

American healthcare, simply put, is too expensive. Evidence suggests that having insurance lowers mortality; nearly 10% of Americans do not have health insurance due to its unaffordability. The high prices come from an array of places, with one of the largest contributors being the staggering administrative costs. Due to America’s extremely complex multi-payer system with seperate plans from seperate providers with separate coverage, deductibles and premiums, 8% of health care costs go toward administrative costs.

Further burdening the system is the rigid pharmaceutical industry, which offers drugs at continuously rising prices. On average, Americans spend four times as much as their counterparts in other industrialized countries on pharmaceutical drugs due to the low amount of regulation. Fee-for-service transactions also play a large part in the costs of the system. Each procedure or prescription has a seperate cost; health care providers often do more than needed to charge patients extra. Apart from just providing extra unnecessary service, hospitals will also charge you more for them! A procedure that costs $6,390 in the Netherlands and $7,370 in Switzerland costs $32,230 in the United States. Lastly, this system is not ready for the future. America has an unhealthy population and does not have a strong enough healthcare system to compensate; the lifespan of the average American is three years less than that of a Briton.

The two most prominent health care reform plans have both been proposed by Democrats. “Medicare for All,” the plan endorsed by Sanders and Warren, would drastically change the current system. It would create a single-payer national health insurance program to provide all Americans with comprehensive health care coverage, free of charge. There would be no premiums, deductibles, co-pays, or surprise bills. It would also cap the price of prescription drugs by allowing Medicare to negotiate with large companies and completely abolish the private sector of health insurance. This plan would ensure coverage for all Amricans while also providing them with the same quality of service at lower prices. However, analysts believe the government will not be able to negotiate down prices as steeply as Sanders predicted. This plan would also drive up the usage of health care, as people will not be as careful with their health without financial incentives to do so. Other Democrats like Biden have suggested to build upon the current systems in healthcare through the “Public Option” plan. It would set up a public option similar to Medicare that anyone could buy into and expand Medicare coverage to 60- to 65-year-olds. It would also regulate the private sector, capping individual healthcare premiums at 8.5% of income, allowing Medicare to negotiate drug prices with manufacturers, banning surprise medical bills for procedures that require out-of-network hospital care, and ensuring coverage for pre-existing conditions. This plan would also assure that all Americans are insured, while also allowing those who like their current insurance plan to keep it if they can afford to do so. However, private insurers believe that they would not be able to compete with the cheaper public option, and it would be expensive to immediately cover the 8.5% of uninsured Americans on a plan that not everyone is joining.

If either of these policies were to be implemented, America would join the majority of developed countries offering coverage to all their residents. Countries such as France, Germany, Switzerland, and Canada have all adopted some form of universal health care, each with their own unique components and advantages. One constant between all four nations however, is that the average life expectancy of their citizens is over two years longer than that of the United States’.

French health care is a single-payer system that is both universal and compulsory, with the Statutory Health Insurance (SHI) providing coverage for citizens. The system is paid for by payroll taxes, income taxes, taxes on tobacco and alcohol, and the pharmaceutical sector. The SHI reimburses health care providers for 70 to 80% of their fees, with patients paying the remaining fee out of pocket. French residents pay more income taxes than Americans for SHI, but they pay far less in out-of-pocket costs. France has a longer life expectancy and lower infant mortality rate than America. In addition, 56% of the French population could get a same-day or next-day appointment when sick, as opposed to only 51% in the United States in 2014. That year, only 17% of the French population experienced an affordability barrier, compared to 33% of the United States population.

Switzerland boasts a highly decentralized universal health care system, with cantons, which are similar to American states, in charge of its operation. The system is paid for by enrollee premiums, state taxes, social insurance contributions, and out-of-pocket payments. Swiss residents are required to purchase basic coverage from private nonprofit insurers, which covers physician visits, hospital care, pharmaceuticals, home care, medical services for long-term care, etc. Supplemental insurance can also be purchased, securing a greater choice of physicians and accommodations. Switzerland has lower government spending per capita on healthcare than America, with every resident covered.

Healthcare in Canada is free-of-charge and universal, with the coverage being funded by provincial and federal taxes; estimates find that health care costs approximately $5,789 annually per person. There is no federal plan; each province creates their own health care plan that must abide by the guidelines set by the Canadian Health Act. While Canadian universal health care covers most procedures and costs, some health care services require cost-sharing such as vision care, dental care, and ambulances. Private insurance can also be purchased in Canada to help with these costs, and 2/3 of Canadians have some form of private insurance.

Germany has a universal multi-payer health care system with statutory health insurance for all of those under a salary level and private insurance for all above that level who choose to purchase their own. The German health care system is financed mostly by employees and employers, with employees donating 7.5% of their salary into a public health insurance pool and employers matching that donation. In this system, those who can afford to pay more will pay more, while those who can’t pay less. Everyone has equal access to healthcare, and the system imposes strict limits on out-of-pocket costs, further protecting their people.