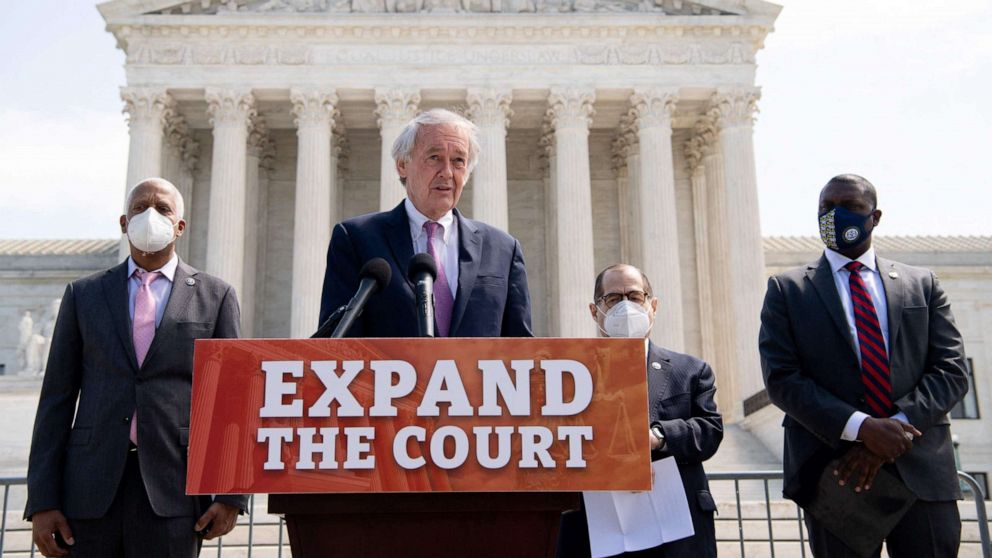 Unless you’ve been living under a rock for the past several months, it’s fairly evident that major Supreme Court changes are about to take America by storm. If you are unaware, the U.S. Supreme Court is the nation’s highest and final court of appeal and expositor of the constitution — guaranteeing justice and equal treatment to every American. Its role in the U.S.’ constitutional government is potentially the most crucial. However, talks of court expansion could forever change the Supreme Court, arguably doing more good than harm. As tensions about this topic between Democrats and Republicans become tighter by the minute, I’ll break down what Supreme Court expansion means for the United States.

On Apr. 15, Congressional Democrats introduced a new bill to expand the supreme court from its current nine justices to 13 — led by Sen. Ed Markey (D-MA) and Rep. Jerry Nadler (D-NY) and co-sponsored by Reps. Hank Johnson (D-GA) and Mondaire Jones (D-NY). U.S. supreme court justices are final arbiters of the American laws and the Constitution. They carry the responsibility to guard and interpret those laws. Nonetheless, the “three decision-making tasks” of these justices are to decide what cases to hear, decide individual cases, and establish an explanation for certain decisions on behalf of the Supreme Court. As some might be familiar with, the late Ruth Bader Ginsburg was a former justice of the Supreme Court. Introducing four more justices would mean having an additional set of decision-making individuals that carry the exact same responsibilities of the current justices (as described above). Nevertheless, this “simple” decision has much more significance than what’s seen on the surface.

The Supreme Court’s current design brings up many unwanted problems. To begin with, only nine justices means that there will be less vacancies in justices — hence there would be less chance of a president nominating a justice. This poses an extremely undemocratic opportunity where there would be a less politically diverse group of justices. For instance, Amy Coney Barrett (ACB) was recently appointed by former President Donald Trump, which poses a certain level of challenge to Biden’s presidential term(s) — since ACB was nominated by a Republican president. Hence, an additional set of justices eliminates the chance of something like this happening.

Additionally, there has been a growing abundance of 5-4 splits in the Supreme Court, exemplifying how the court is built of politics and partisanship. This means that a larger Supreme Court could provide much more comprehensive results, rather than close splits that could be caused by a newly appointed justice of a different political party.

On top of that, a Supreme Court with an increased amount of justices could mean that the court could hear more cases and have more significant manpower. In an era where injustice is growing exponentially and becoming more abundant, having a court where more cases could be analyzed is extremely beneficial.

However, one of the most sizable features of a Supreme Court expansion would be making politicization a strength of the court. Why? Because a nine-justice Supreme Court, where the amount of 5-4 splits is growing by the minute, is extremely undemocratic. As said, a newly appointed justice of an opposite political party could easily change the results. But with more justices, a much more comprehensive split would be provided, where one person wouldn’t change the results for an entire nation.

But not all effects are good. In an age where conservatives value the Constitution so much, a change in the number of justices could be considered unconstitutional. This would spark further tensions in a nation where political division is already heavily saturated.

All in all, the case is that a Supreme Court expansion would provide more pros than cons. It not only benefits the future of American justice, but it also makes it more fair and much easier to handle the current responsibilities the justices are posed with. Though the truth is, as once said by Daniel Pfeiffer, former White House staffer that served under both of former President Barack Obama’s terms: politics is often about making a decision between two bad choices.