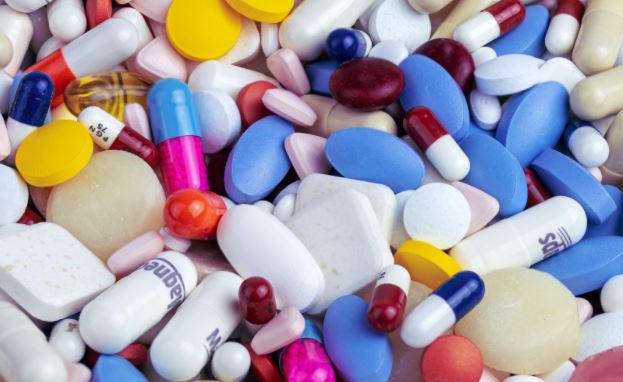 Bleach, Hydroxychloroquine, and Ivermectin: Self Medication to Avoid Covid-19

For as long as humans have existed, we have utilized home remedies for illness. These have changed over the decades, from carrying herb pouches during the black plague or eating strange mixtures of herbs during the middle ages, to using essential herbs or teas to cure a myriad of illnesses. Recently, these home remedies have escalated to include actual medications—just not for the right ones—and even cleaning products to ward off illness. The illness in question? COVID-19. In the past year, people have tried using bleach, hydroxychloroquine, and now Ivermectin to prevent infection from the coronavirus. The prevalence of these bizarre remedies forces us to ask why Americans have such a deep distrust of medical professionals and what implications that distrust may have for us moving forward.

Over the past year, home treatments and remedies for Covid were very common. The first silver bullet that many citizens embraced was hydroxychloroquine, a drug traditionally used to treat malaria and autoimmune diseases. Many people claimed that this drug was a remedy for COVID-19, but the FDA was not approving it because the government wanted people to die from the virus. Accordingly, search rates for the drug skyrocketed, and many conservative doctors were happy to prescribe it for COVID-19 prevention. In the following months, the FDA approved hydroxychloroquine for emergency use, and then revoked approval when it was shown that hydroxychloroquine could lead to heightened risk of cardiac attacks. The next—and possibly the most famous—preventative for COVID-19 was bleach. On April 24th of 2020, President Trump suggested that people might use disinfectants to kill the coronavirus. While many people understood that actually consuming bleach or other cleaning products would be harmful, there were a surprising number of Americans who took President Trump’s words very much to heart, and bleach poisonings became exponentially more common.

During the middle of the pandemic, home remedies and non-FDA approved treatments seemed to be less common. During the fall and winter of 2020, compliance with mask mandates was at its peak, and it seemed as though more people were actually following governmental guidelines. But in recent months, that compliance seems to have evaporated. The latest miracle cure for COVID-19 is Ivermectin, which is a dewormer used for animals. Proponents of using Ivermectin in humans cite a study from Bangladesh, in which Ivermectin is claimed to have shortened the course of infection and prevented a severe respiratory illness. Other studies on the effectiveness show little to no real impact on either severity or prevention of the virus. Despite this, hundreds of people all over the US are still attempting to acquire the animal dewormer. Luckily, none of these attempted remedies have been long lived enough to have a truly devastating impact on people. But they do raise important questions about our trust in our medical officials.

Why do people have a distrust in our medical system? From the outside, it seems as though—for the majority of people—our medical professionals should be one of the groups of people it is easiest to trust. After all, doctors go through many years of school, are generally not a corrupt group of people, and by the nature of their profession are typically looking to help people. It would seem as if taking medical advice would not be a controversial issue. But in the US it is. According to Forbes, the US actually ranks third for medical satisfaction. Yet for some reason, many Americans do not trust their doctors. One of the leading reasons for this is because of an association Americans make between our doctors and the system. Our medical system is inefficient and overpriced, which leads to a lot of frustration. However, they are unable to separate frustration with the system from frustration with their individual healthcare provider, leading to distrust of the system and their doctors.

Another factor that impacts trust of science and medicine is political parties. Political partisanship has increased drastically in the last few years, and many aspects of our lives that did not used to be political—like medicine—have now been dragged into the political sphere.  Democrats are much more likely to trust the CDC, WHO, and other public health services than their Republican or even Independent counterparts. This new connection is probably based on long standing distrust of government entities. The Republican party has branded themselves as the party of limited government, while the Democratic party is the party of larger government. So a distrust of government medical services is, perhaps, not terribly surprising. What is surprising is the distrust of local doctors that has occurred recently. Up until recently, the deep distrust of medical professionals had mostly been limited to government affiliated doctors. Now, however, that distrust extends to all doctors, even ones that patients have known for years. This spread of distrust seems to signal a perception of growing government interference in everyday aspects of our lives.

Finally, misinformation plays a huge role in distrust. Our lives right now look wildly different than 15 years ago, and a large part of that is due to social media. While social media is often used well and makes a positive contribution to society, it can also be used poorly. The spread of misinformation is one of the ways that this occurs most often. Facebook has shared that it has removed more than 18 million pieces of vaccine misinformation alone, and there is still misinformation out there. This problem is only exacerbated by the growing mistrust of traditional media sources as well. Even sources like the Wall Street Journal, which is historically unbiased, are not safe from accusations of indoctrination and lies.

This distrust seems to be on the rise and does not look like it is going to go anywhere on its own. So what does this mean for the US in the coming years? The first immediate impact will be an extended response to COVID-19. Even as other countries are starting to figure out how to handle new variants and reaching herd immunity through vaccines, the US is seeing a rise in coronavirus cases and deaths. The amount of misinformation about the vaccine is astronomical, and this means many people will simply refuse to get vaccinated, at least for the foreseeable future. Lack of cooperation will only drag the pandemic out and give the virus more time to mutate and cause larger challenges. In the long term, it is hard to know what the full implications of this distrust will be for us as a country. Since science and medicine are now politically divided topics, it is safe to say that nothing is safe. This could lead to even deeper political division in our country, possibly even the next civil war. Of course, it is possible that the US will return to “normal” when and if we get the pandemic under control. But it is much more likely that the division has only just begun, and we will only see an increase in the future.

In the thousands of years that people have been around, the US has only existed for 200 of them. But in that short 200 years we have already managed to lose our faith in science, trust strangers on the internet more than qualified doctors, and politicise healthcare. It is unlikely that bleach, hydroxychloroquine, or Ivermectin will yet be proven effective to cure COVID-19—but then again, life is survival of the fittest. 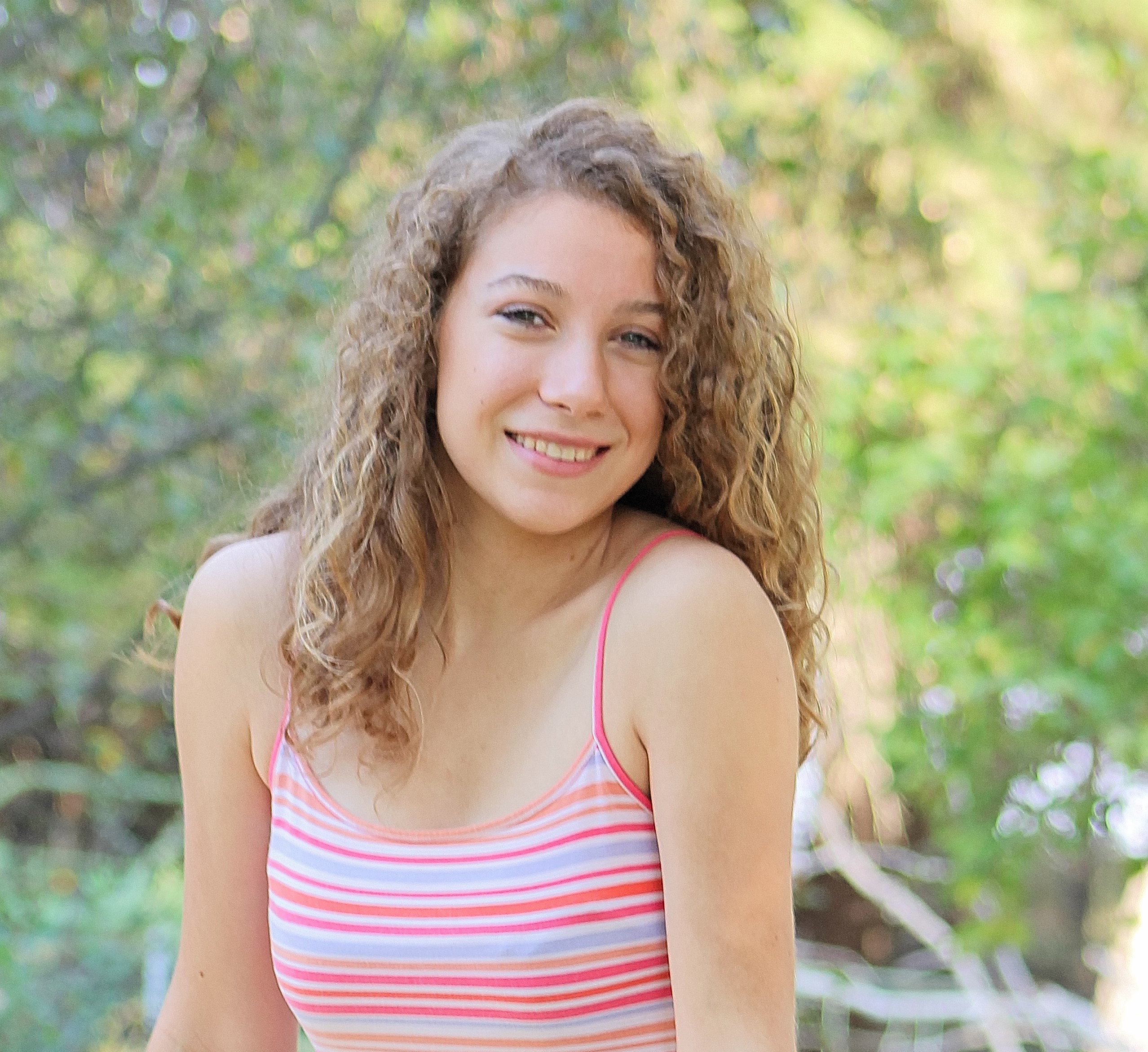 Elizabeth Miller is a freshman at Hastings College in Nebraska studying Business Management and Political Science. She fell in love with politics through years of high school speech and debate and as a result became involved with local politics as an election judge and volunteer. Elizabeth is excited to write for YIP as it combines writing and politics - two of her favorite things.