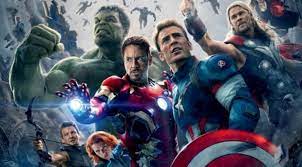 How Do the Marvel Movies Promote the US Military

If you’re anything like me or the majority of the internet, then you have been obsessing over WandaVision and just about every other aspect of phase four of the MCU. Will the Young Avengers show up? (Probably.)  Will the Hulk come back? (Yes.) Will Jimmy Woo finally get his own series? (I hope so.) However, it is important to look at the media we consume and analyze it in order to weed out propaganda, which is exactly what I am going to do.

A tweet went viral recently about how Marvel movies are military propaganda and the tweet got major pushback. A talking raccoon in space is military propaganda? A magical brain surgeon inspires people to join the military? Impossible! Well dear reader, it is not. In timeline order, not film release order, I am going to break down the movies that have propaganda in them and observe the media with a critical lens.

The first movie in the official MCU timeline is Captain America: The First Avenger. This film follows Steve Rogers, who desperately wants to enlist in WWII, but then he is deemed too weak to do so. He is offered the chance to serve in the military where he then undergoes an experiment where he is injected with a serum that is supposed to turn him into a “super-soldier”. The serum works, he fights some Nazis, and then crashes a plane and ends up being frozen in ice for 70 years. Scientists find him and he wakes up in modern-day New York City.

The United States military actually worked with Marvel studios in their design of the Captain America character. Because of this, the Army allowed Marvel studios to film at Camp Edward. They thought that Captain America “possesses the values of today’s modern soldier” and thus they supported the film. The film also heavily promotes American patriotism and even included historically inaccurate portrayals of the United States military, such as having nonsegregated battalions, in order to make their image look better.

The next movie in the MCU timeline is Captain Marvel, which follows an ex-Air Force pilot named Carol Danvers as she helps try to put an end to a galactic war between two rival groups: the Cree and the Skrulls. She discovers she wields an extraordinary amount of power and then defeats the Cree.

I’m putting both of these movies in here because the critiques of Iron Man 1 also apply to Iron Man 2. Iron Man 1 is probably the most infamous example of military involvement in a film. The movie follows Tony Stark, a billionaire who runs a weapons company. He gets caught in a blast in the Middle East and gets shrapnel in his chest that can only be kept away from his heart with a giant magnet. He then builds his suit, says he will no longer be producing weapons, then goes to wreak havoc in the Middle East.

Let’s just get this one out of the way really quick: Tony Stark is a war profiteer. He was in the Middle East selling weapons to the people there when he got caught in the blast. Stark made the Iron Man suit because he did not think the United States was doing enough in the Middle East. Tony Stark is the embodiment of the military-industrial complex. In fact, in exchange for use of their weaponry, Marvel studios had to make sure their script was fully approved by the Pentagon, which led to a few lines being cut from the original script. In fact, the author of National Security Cinema stated that “without the Pentagon’s support it is possible that the Marvel Universe wouldn’t have become the world’s biggest film franchise. The first two Iron Man Films benefited from […] over a billion dollars worth of planes and equipment as props and set dressing. Some of the most iconic scenes in the films came as a result of military assistance.” The film also relies heavily on American exceptionalism and paints the people in the Middle East as terrorists, which is a common trope in war movies in the Middle East.

THE INCREDIBLE HULK (NOT THE ANG LEE ONE)

This movie is counted as an MCU movie, even though people wish they could forget it so I am putting it here. Technically the film was made by Universal Studios but fans still consider it to be part of the MCU canon. The plot of this movie is hard to figure out, considering how weird and awful the film is as a whole, but I’m going to try to recall it as best as I can. Bruce Banner is a scientist who poisoned himself with gamma radiation. This turned him into a giant green monster every time he got angry- famously known as ‘The Hulk’. He is looking for a cure while another character wants to harness Banner’s blood so that he can replicate the Hulk as a military weapon. The other person ends up turning himself into a decrepit monster instead of a hulk-like creature. Banner takes out almost an entire military squad, the gamma radiation giants fight in New York, Tony Stark shows up for some reason (because it’s not a Marvel property without a Stark reference!), and Banner learns to live with his “condition”. Yay.

The censorship this movie went through in order to be able to receive any Department of Defense funding is disturbing. The military cut out any dialogue that referenced using guinea pigs as test subjects because it referred to actual experiments the military performed using human subjects, as well as a reference to Operation Ranch Hand, which was the military effort of dropping pesticides in Vietnam to starve the Vietcong. If the military feels the need to cut out parts of a script due to those parts referencing the disgusting things they have actually done, then that is horrifying in terms of transparency as well as censorship. The United States prides itself on freedom. Why is the government restricting Marvel’s ability to speak out against the government?

This one is going to hurt me to make because this is one of my favorite Marvel movies but alas, no film is above criticism. The movie follows Steve Rogers as he is trying to fight off assassins left and right. The S.H.I.E.L.D compound gets attacked and he teams up with Black Widow and The Falcon (named Sam Wilson) in order to figure out the conspiracy behind these attacks. They end up realizing that Hydra, a Nazi organization, is inside S.H.I.E.L.D and Hydra brainwashed Steve’s childhood best friend, Bucky, and turned him into a hitman named The Winter Soldier.

The propaganda here becomes more subtle, as this is around the time Marvel started to part ways with the United States government for a while. The first thing that needs to be noted is that the Pentagon, once again, partially funded this film. This is in large part due to the positive portrayal of veterans, specifically The Falcon. Sam is a veteran who Steve befriends. Sam also happens to struggle from PTSD due to his time in combat. Sam’s PTSD, in comparison to other characters (THOR!), is treated with great care in this film. Sam is allowed to accompany Steve on his missions and can still help out. In addition, the film was filmed at a military base near Cleveland, Ohio. In order to have permission to film, Marvel studios promised that the military would have a significant portrayal in the film. It is also worth noting that although the villains are Nazis, they are also Russian-coded with Bucky’s trigger words all being in Russian. This also plays into the Cold-War era rivalry and depiction of Russia being evil.

Chances are if a film or TV Show is using military equipment in the show, the show is being partially funded by the Pentagon and other branches of the Department of Defense. This is because movie studios get to use the military equipment for free if the Pentagon approves of their script, which does not seem too bad money-wise. Marvel’s ties with the military ended after Age of Ultron, the movie right after Captain America: The Winter Soldier due to the plots of the Marvel films changing and beginning to paint the United States government in a negative light. The military ties, however, were brought back and strengthened due to Captain Marvel. In both of these movies, there also appears to be thinly veiled propaganda that is up for interpretation. For example, in Black Panther, there is one CIA agent, a white man (one of the only white people in the film) in a movie filled with black people, who are there to help in the vibranium investigation. This has not been confirmed to be propaganda, but many analysts have interpreted this character to be pro-CIA propaganda. In fact, if you read the end credits of Wandavision closely, you can see that the Pentagon helped fund the show, which makes sense as Jimmy Woo is an FBI agent and they use military cars and missiles in the show itself. The Falcon and The Winter Soldier, Disney+’s newest Marvel TV show, also appears to be funded by the Pentagon, although I cannot confirm until the show actually premieres. (Update since I saw the first episode. The show is funded by the Pentagon and the antagonists that are verbally stated are people who “believe the world is better off without borders”, or anarchists. Just some food for thought.)

In terms of policy, there is absolutely no reason why the Department of Defense should be spending American taxpayer dollars on movies. Our military budget is already higher than any other developed country and it turns out part of that is going towards making sure movies don’t expose the screw-ups of the government apparently. It’s a waste of money that could be spent in healthcare, infrastructure, literally anywhere else. In addition, the government is censoring people from talking about failures in the government. That is propaganda. That is censorship. For all the big talk we have about freedom of expression in America and how the government cannot limit free expression, that appears to be a lie because the government can and will limit what you can say negatively about them in exchange for using some of their equipment. That’s wrong.

Does that mean you need to boycott Marvel and DC and anybody who uses military equipment? Of course not. I am not trying to “cancel” Marvel in this paper. I will still be rewatching The Winter Soldier and Age of Ultron every time I am upset. The purpose of this paper is that you need to analyze the media you consume with skepticism and watch out for propaganda. Media analysis is not about boycotting or “canceling”, but rather looking deeper into the program being consumed and realizing what is propaganda and what is the actual plot. 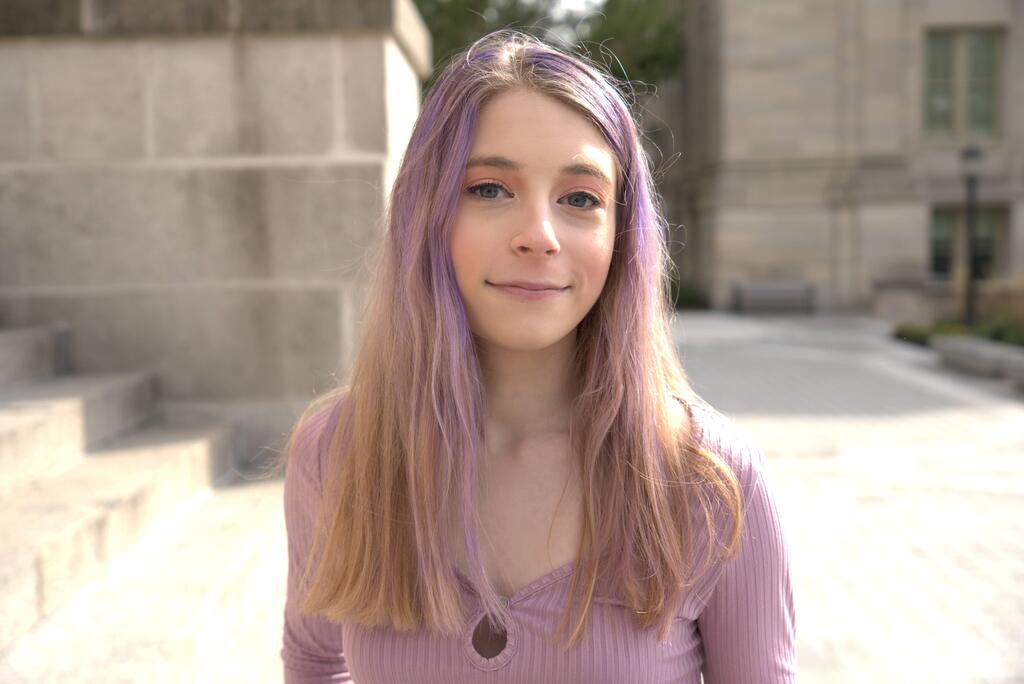 Lily is a 20-year-old junior in college from Illinois, studying Public Health, with a minor in African American Studies at the University of Iowa. She is left-wing and passionate about racial equality, public health, disability rights, health equity, and the eradication of systemic health inequality globally. In her free time, she plays bass, DJs for her college radio station, volunteers at her college’s Hillel and is an active member of Delta Zeta sorority.