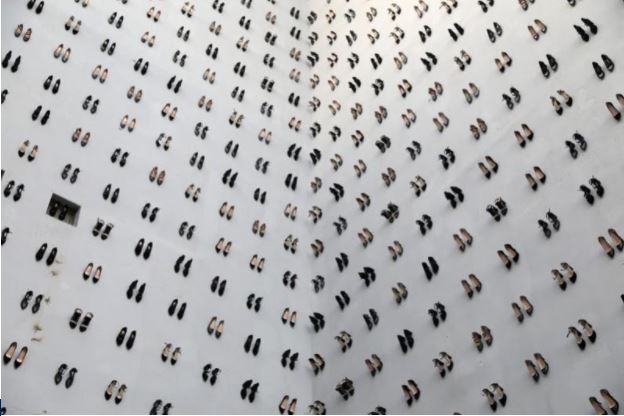 According to the UN Women, about 736 million women globally — almost one in three — have suffered from intimate partner violence, non-partner sexual violence, or both at least once in their lives. The unequal power relation between men and women in societies is at the basis of violence against women. Sexism, gender stereotypes, and harmful practices contribute to the perception that women are inferior to men. No country is free from violence against women, and there is a long way to achieve a long-lasting world without gender-based violence. To prevent and reduce this violence, governments tend to sign and ratify Conventions. They send to the world a strong message that there is a political will to not only protect women's rights, but also preserve them. The Istanbul Convention is one of the most far-reaching international treaties specified in tackling violence against women and domestic violence.

The Council of Europe Convention on preventing and combating violence against women and domestic violence — aka the Istanbul Convention — is a European landmark treaty to end violence against women. The convention sets a clear roadmap for states to work towards a region free from gender-based violence. Therefore, it offers a legal framework to ensure women's right to be free from violence and promote gender equality through legislation, education, and awareness-raising. The convention has four fundamental principles:

These principles aim to trigger substantial changes in national responses to violence against women and domestic violence in general. In May 2011, the treaty was opened to signatures by the Council of Europe and entered into force in 2014. Ironically, it is named the Istanbul Convention after the city opened it for signature on May 11th, 2011. Additionally, Turkey was influential in mobilizing the other European States to sign up for it.

Since 2011, forty-five European countries, including the European Union, have signed the convention; however, only 34 countries ratified it. The 13 countries that have not ratified the convention are Armenia, Azerbaijan, Bulgaria, Czechia, Hungary, Latvia, Liechtenstein, Lithuania, Moldova, Russia, Slovakia, Ukraine, and the United Kingdom.

According to Human Rights Watch, more than eleven million women have faced sexual or domestic violence in Turkey. Additionally, the first national survey found that 19.5% of married women between the age of 15 to 24  have a lifetime prevalence of injuries; for the age group of 45 to 59, this number rises to 26.8%. In recent years, Turkey's femicide rates have increased rapidly. Femicide is well-known broadly as the intentional killing of women simply because they are women. The rise in femicide rates is attributable to both domestic violence and honor killings. Honor killings are when relatives or partners kill a loved one if they feel they've dishonored them in some way. Turkey has seen an increased rise in honor killings since 2018. In addition, lockdowns during the Covid-19 pandemic have exacerbated the exposure of women and girls to abusive partners and family members and revealed the gaps in states' responses to it. According to Turkey's We Will Stop Femicide Platform, 300 women were killed by men, and 171 women had died under suspicious circumstances in 2020.

At a time when women needed protection the most, President Recep Tayyip Erdoğan picked the most critical time to do the exact opposite, making Turkey the first and only country in the Council of Europe to have withdrawn from an international Human rights convention. This move has abandoned women not only in Turkey but all over the globe.

The move to leave the international convention goes back to the summer of 2020 when the Turkish president decided to turn the famed Istanbul museum — the Hagia Sophia, or Ayasofya — back into a mosque. Erdoğan's critics slammed the action, claiming it was an attempt to shore up Erdoğan's power base among religiously conservative and nationalist voters as his government grappled with a deteriorating economy, a global pandemic, and loss of public support.

The announcement of withdrawal was in March 2021, and it became effective on July 1st, 2021. Since then, the Turkish government and its allies have convinced people that the convention threatens family values and normalizes homosexuality— conflicting with Turkey's social and family values. Several governments, including Poland and Hungary, have been repeating those claims. These three states share something in common; they shamelessly fail to guarantee fundamental rights to women, transgender persons, and asylum-seekers. Instead, they are trying to justify their attempts to roll back rights through the LBGTQI community. For example, Andrzej Duda, the President of Poland referred to the rights of LBGTQI persons as an ideology more destructive than communism, whereas Hungary ended the legal recognition of transgender persons recently.

"Our battle did not start with the Istanbul Convention, and it will not end with our withdrawal from the treaty," Erdoğan said. He added during the withdrawal announcement that Turkey will use its local laws to protect women and their rights. Erdoğan's cabinet also issued a statement assuring the public that withdrawing from the convention will not reverse domestic violence and women's rights legislation. The protection of women's rights is already enshrined in the existing laws, particularly in the constitution. Moreover, the court system is flexible and capable of formulating new rules as needed.

Turkey already has one of the highest rates of domestic violence globally. According to the World Health Organization, data shows that 38% of women in Turkey are subjected to violence from a partner in their lifetime, compared to 25% in Europe. Turkey's decision to withdraw from the world's first binding treaty to combat violence against women aroused both domestic and international outrage after it was announced. There is no ‘hidden agenda' to the Istanbul Convention; its sole purpose is to

The convention is the third regional treaty addressing violence against women and the most comprehensive one after the Inter-American Convention on the Prevention, Punishment, and Eradication of Violence against Women (Convention of Belém do Pará). Without the convention, Lesbian, bisexual, trans women, intersex people, refugee and migrant women, and girls, anyone who is vulnerable to violence, are at greater risk of violence and inequality. Withdrawing from a convention like this encourages other countries with the same approach to follow its lead. Since Turkey's unprecedented move, there have been similar threats in Poland. Polish Prime Minister Mateusz Morawiecki has asked the Constitutional Tribunal to examine the treaty's constitutionality. Moreover, a bill has been introduced in Parliament which calls on the president to withdraw Poland from the Istanbul Convention. "Turkey's shameful withdrawal from the Istanbul Convention today will put millions of women and girls at greater risk of violence," Amnesty International said.

Thousands of people took to the streets of Turkey's most significant cities to protest against the country's withdrawal from the international treaty. Among the protesters' slogans were "Istanbul Convention saves lives" and "We don't accept one man's decision." The protests came hours after President Erdoğan further defended the withdrawal from the Istanbul Convention. Three opposition parties withdrew from a parliamentary panel in protest of the decision. Even the pro-government Women and Democracy Association (KADEM)— whose vice head is Erdoğan's younger daughter— voiced dissatisfaction, claiming that the Istanbul Convention played a significant role in the battle against violence.

People from all around the world used the hashtag #ChallengeAccepted to post white and black photographs on Instagram to show unity with women in Turkey who have been victims of domestic abuse. Additionally, governments, international agencies, and world leaders have criticized the decision, including Joe Biden and European Commission President Ursula von der Leyen.

Even though women's rights activists lost this specific battle, more people than ever before are talking about the Istanbul Convention and women’s rights, and are determined to take action to protect these principles. Women in Turkey must resist injustice and oppression, even if they do not always win every fight. Everyone must do more to achieve societies where women can live their lives without violence. The war over women’s rights must begin with addressing institutional inequities by including a wide range of perspectives in policy-making and enacting Constitutional and legal protections that address the concerns of women and persons of different genders.

Hello! My name is Mawada Ibrahim. I am originally from Egypt, but I moved with my family to OC. I am studying Political Science at UCR and I may take a minor in public policy. I enjoy learning new languages, I speak Arabic, English, and a little French, and Deutsch.