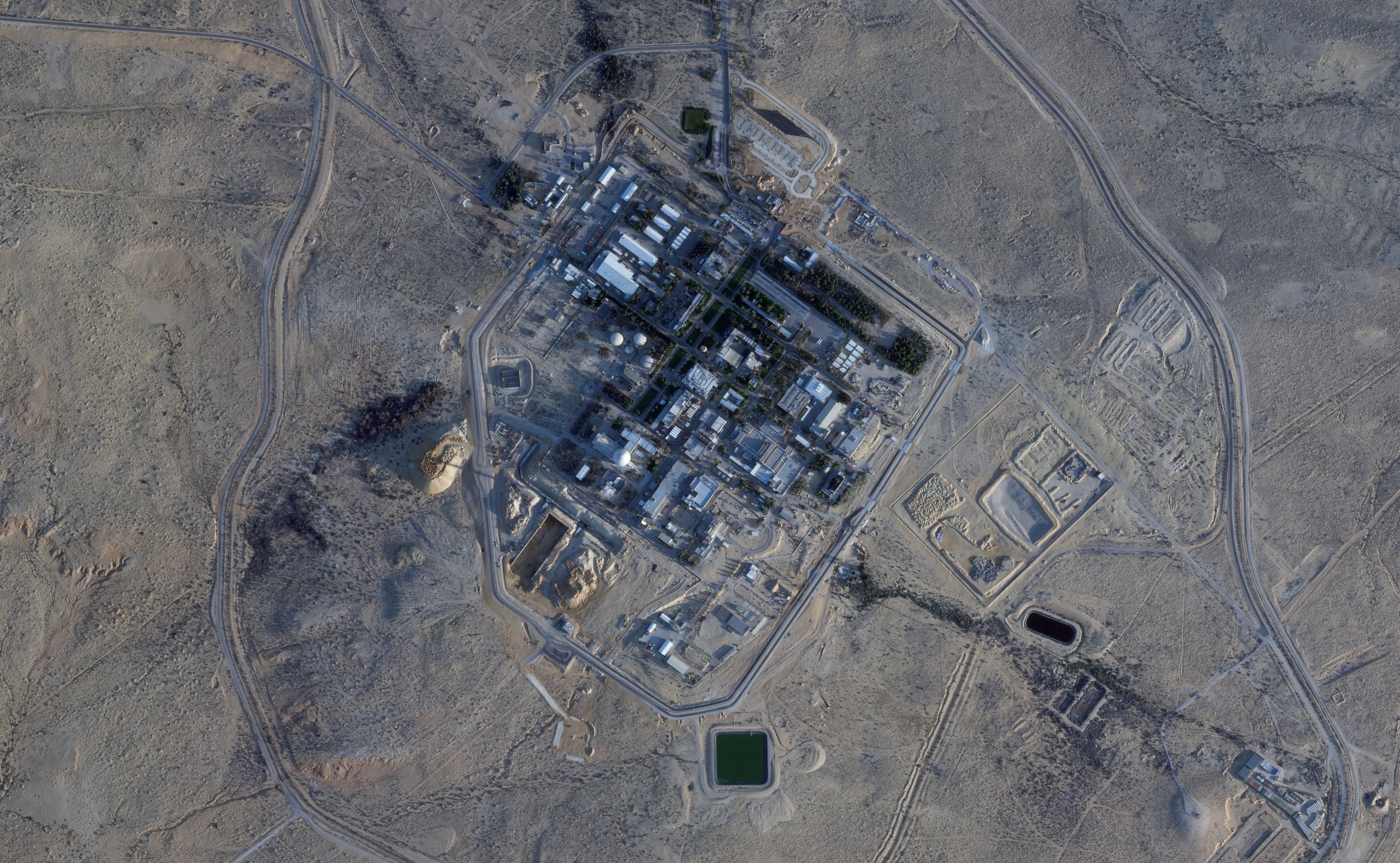 Shrouded in Secrecy: A Brief on the Israeli Nuclear Program

Recent outbreaks in the Israeli-Palestine conflict have restarted conversations in the media regarding the military capability of Israel, most notably being its possession of the Iron Dome system and the United States’ obligations to their long-term ally. While the conflict seems to be stabilized for now, the violent confrontations came dangerously close to escalation. Pundits were quick to point out Israel's conventional superiority supported by the West, but of more concern was Israel's nuclear weapons program. Since its founding, Israel has declined to recognize or deny its possession of atomic weapons and has not publicly conducted a nuclear test. The secrecy of Israel's program presents unique challenges to the nonproliferation regime, yet many are unaware of the program's complicated history. What follows is a brief review of Israel's unique proliferation story and its modern implications.

Israel's nuclear production was heavily aided by its relationship with France in the mid-1900s, led by Francis Perrin, a French Atomic Energy Commission member. In 1949, Perrin invited Israeli scientists to the French nuclear facility at Saclay, sparking a joint research effort between the two nations through which Perrin provided significant nuclear data to Israel. Following World War II, however, France was passed in its physics capabilities by the U.S., the U.S.S.R., and the U.K., and Israel became an essential factor in France's scientific advancement. The relationship was important to both countries, with France being Israel's largest arms supplier and Israeli patents supporting France's innovation.

The spark that pushed Israel to pursue nuclear weapons was the Suez Canal-Sinai operation of 1956. The Czech-Egyptian arms agreement threatened Israel, and Prime Minister David Ben-Gurion called for the development of various arms, including nuclear weapons. France entered into an agreement with Israel to assist in developing its nuclear deterrent, aiding Israel in creating an upgraded 24-megawatt research reactor and plutonium separation technology.

In seeing the project to completion, Israel enlisted assistance from other nations, including Norway, South Africa, and Argentina, to accumulate the materials, such as uranium oxide and heavy water, needed to finish the project.

Because scholars don't have access to Israeli weapons archives, no outside sources know exactly when Israel acquired its nuclear capability. Estimates range from 1965 to 1968, and many postulate the correct date is 1967.

Historical Implications of a Nuclearized Israel

By 1969, the U.S. was confident that the Israeli nuclear program had significantly advanced and thus put the U.S., which was then pushing the Nuclear Non-Proliferation Treaty (NPT) emphatically, in a difficult position. In September of 1969, President Richard Nixon and Prime Minister Golda Meir met in the Oval Office to discuss the status of Israel's nuclear program and their reluctance to sign the NPT. While Israel would not sign away its ability to develop nuclear weapons (largely because it had likely already done so), it also feared that publicly announcing its nuclear program success would spark an arms race in the Middle East. It is postulated, though there is no official record, that Nixon and Meir "came to an understanding" with regard to Israel's nuclear system. Renowned historian Avner Cohen explained the spoken agreement in that "Israel would refrain [from] testing, would refrain keeping a high profile, would refrain from announcement or declaration. In return, the United States would look the other way, and would no longer press Israel to sign the NPT." Such a continent agreement has presented difficult confrontations

The most immediate issue with Israel's not-so-well-kept nuclear secret is that it puts the United States in a position of hypocrisy. The U.S. push for nonproliferation has been undermined by its strong alliance with a non-NPT member. A Washington Post headline begs the question that has complicated U.S. diplomatic efforts: "Why is the U.S. okay with Israel having nuclear weapons but not Iran?" For the large part, such criticism is more than fair. Adam Entous explains that starting with Bill Clinton, every American president has agreed the U.S. will not "press the Jewish state to give up its nuclear weapons so long as it continues to face existential threats in the region." Such existential threats, of course, being determined at Israel's discretion. In acquiring what it views as an essential deterrent, however, Israel has only further isolated itself from the region.

The existence of Israel's nuclear weapons, officially crowned by the Israeli government or otherwise, has complicated U.S. nonproliferation efforts, specifically with regard to Iran. The Joint Comprehensive Plan of Action (JCPOA) — the Iran nuclear deal designed to monitor and redesign Uranium uranium proliferation and implement sanction relief — has been consistently opposed by Israel. Prime Minister Benjamin Netanyahu criticizes the deal for its supposed major flaws and has led efforts to disrupt U.S. diplomatic efforts. Most recently, Israel allegedly attacked an Iranian military vessel and caused a power outage at Iran's Natanz nuclear site after rumors of progress between Tehran and the Biden administration surfaced.

Israel’s nuclear weapons program has important implications for U.S. diplomatic efforts with the Israelis themselves. Threats to engage in official nuclear testing by the Israeli government act as bargaining chips in arms sales and to secure U.S. support. If Israel decided to officially introduce weapons into the Middle East, it would ensure a sustained period of arms races and instability accompanied by diminishing economic investment. Given U.S. economic interests in the region, the federal government has remained compliant with Israeli requests. The “blind eye” posture of past U.S. administrations now forces current policy to more willingly accept Israeli demands.

It remains unclear how, if at all, the Biden administration will attempt to remedy the U.S.' nuclear hypocrisy – and the question remains whether or not it would be strategic to do so. Decades of the U.S. turning a blind eye has allowed Israel to develop a competent nuclear arsenal, and perhaps more dangerously, a hawkish public opinion. The Israeli public is likely to support a first strike against a nuclear-armed adversary, the most probable being Iran. As Dr. Doreen Horschig writes, "the world cannot rely on the Israeli public to avoid atomic warfare in the Middle East." The U.S. must now balance appeasing an ally with a half-century held tradition while preventing proliferation within the Middle East, for fear of dire consequences. Washington, D.C. is not without leverage. The Israelis rely on U.S. funding and arms sales to ensure their security; using military exchanges as bargaining chips is a strategy the Biden administration should prepare to use as it attempts to be the Middle East's nuclear middle-man.