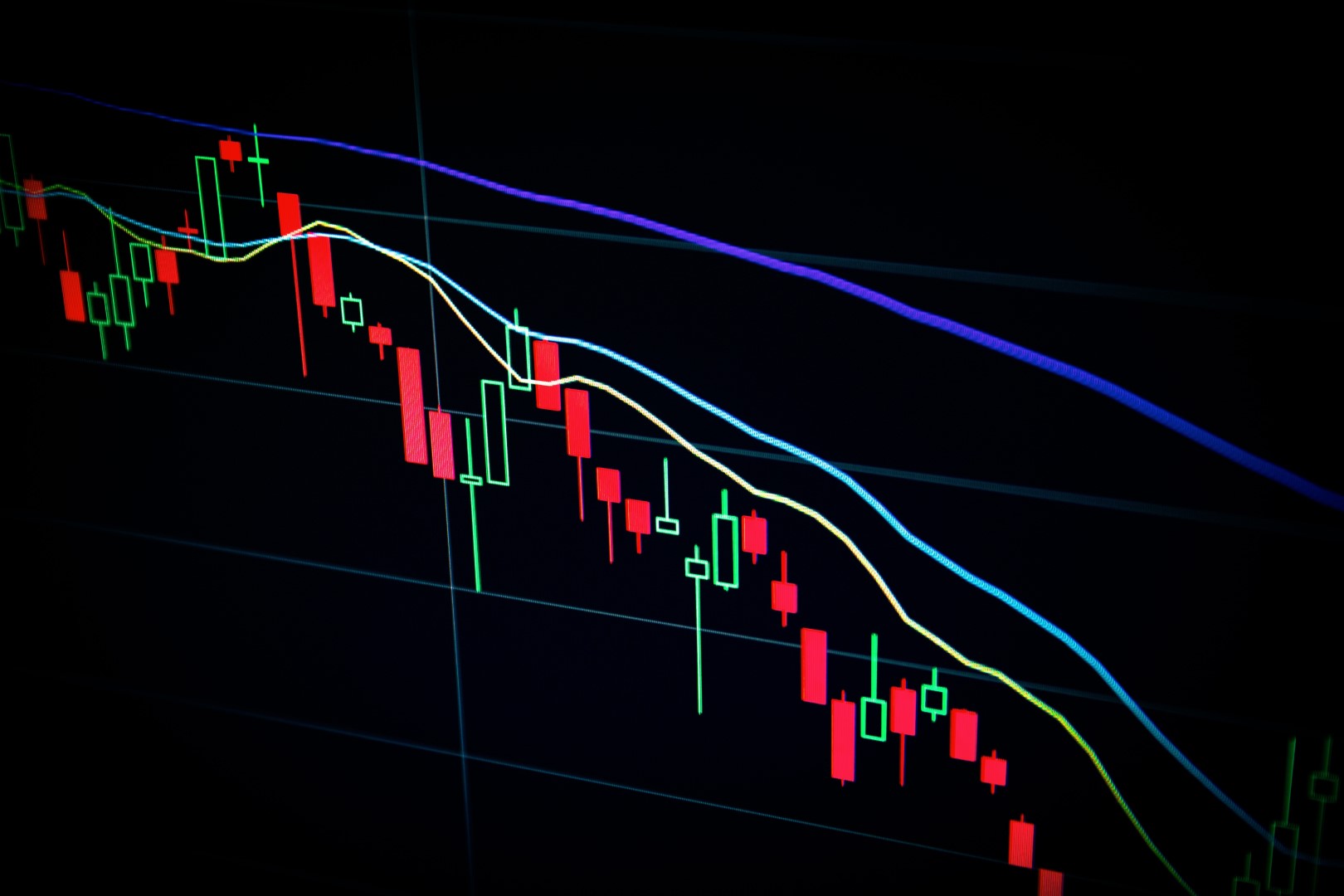 The brief will discuss economic shrinkage that has occurred throughout 2022. Various issues such as a drop in exports, decreases in government spending, and changes to interest rates will be covered. The relevance, history, and policy responses regarding this issue will be outlined alongside certain policy suggestions to revert this economic shrinkage.

2022 has been a year containing some unique events. For one, it is coming off the back end of the Covid-19 pandemic. This entails changes in employment levels, federal spending, and interest rates to name a few. It is also coming at the time of the conflict between Russia and Ukraine, which has many implications on trade relations with said countries. All together, the unique aspects of this year have helped to induce economic shrinkage.

According to The Commerce Department, “(GDP) decreased at an annual rate of 1.4 percent in the first quarter of 2022.” They attach this drop in GDP to decreased exports and the slowing of inventory restocking for consumer goods. Therefore, businesses are sending out less goods and making less money and consumers are buying less goods, which means businesses are continuing to make less money. Not only are consumers already being shorted with the supply of goods, but it will likely get worse as producers are making less money, which means they have a lessened ability to maintain adequate supply and are more likely to default on their loans. The Federal Reserve is also currently hiking interest rates which means businesses will already have more trouble paying back their loans. When businesses cannot pay back their loans, banks lose their inflow of capital and it makes it harder for them to maintain their liabilities. This all together undermines the financial system as a whole and can continue to make it harder for the economy to bounce back.

When this economic shrinkage occurs and the economic effects ensue, such as the decline in the financial sector, quality of life also takes a hit. Even if the U.S. does not face a recession, economic recovery will still be a rather bumpy road.  GDP is not perfect for assessing quality of life, so it cannot be entirely said that just because the economy is shrinking, the standard of living must be greatly decreasing as well. However, it can be said that if the economy continues to shrink, the standard of living will likely take a hit. Especially when using adjusted metrics such as Real GDP the correlation with standard of living is greater. As described previously, businesses are making less money which can lead to supply issues. These issues mean that consumers will have less access to the goods they demand. More imperatively, it can mean less access to the goods they need which would be products like food and water. If consumers are not getting the products they demand, their quality of life will likely diminish, which means their quality of life was indirectly harmed by economic shrinkage.

Imports were up by 17.7% and exports were down by 5.9% as rapidly-accelerating consumer spending outpaced the United States’ supply chain shortage caused by the pandemic and the war in Ukraine. As a result, the United States reached a record-breaking 18% trade deficit in March. The $125.3 billion trade deficit significantly contributed to depressed economic growth figures, reducing GDP by three percentage points.

Lower inventory accumulation is a step backward from the previous quarter’s record-breaking investment. In the fourth quarter of last year, inventories rose by the largest amount on record at a staggering 514%. This quarter’s slower pace of investment subtracted 0.8 percentage points from Q1 of 2022.

Expiring fiscal policy has played a role in this quarter’s shrinking GDP. Federal stimulus programs, like the $1.9 trillion dollars allotted from the American Rescue Plan Act (ARPA) of 2021, are wearing off. Boosted unemployment benefits, guaranteed paid sick leave programs, and expanded child tax credit payments are no longer active. However, the decrease in federal government spending primarily reflected a decrease in defense spending on intermediate goods and services.

State and local spending has dropped as well. Government recipients are still sitting on ARPA funds that have yet to be spent.

Ultimately, a 2.7% reduction in government spending from a year ago contributed to the quarter’s weaker-than-expected GDP.

Newly-heightened consumer spending, rising at an annual rate of 3.1% in the first quarter, typically is a driver of GDP growth. In this case, the slower recoveries from U.S. trading partners hindered economic growth as imports far exceeded exports. Foreign demand is not matching American demand. Trade has now been a drag on growth for seven straight quarters.

Lower inventory investment represents a shift from the prior quarter. While still rising steadily, their pace has slowed. The pandemic has played a role in this phenomenon: in 2020, low production with steady demand depleted business’ inventories. Building them back up again proved no easy feat; a reopening nation’s surging consumer demand and congested supply chains made it difficult to build up inventories. Businesses tried to account for this by overordering, to the point where inventory accumulation in Q4 of 2021 reached a new high. Since only the net change in inventory growth influences GDP growth, when inventory growth didn’t break another record this quarter, it dragged GDP down.

Currently, the labor market holds strong. Employers added 428,000 jobs in April while unemployment held strong at 3.6% – matching its lowest level since the start of the pandemic. Wages have been steadily increasing by 5.6% over the past year. However, these rising wages are still being outstripped by inflation. Data from the Labor Department reported that inflation-adjusted average weekly earnings fell 2.3% in February from a year earlier.

The Federal Reserve’s easy-money policies throughout the pandemic have also in part influenced inflation. Strong consumer demand for goods and services is outpacing business’ capability to deliver. Sky-high consumer spending has propelled GDP forward at the expense of accelerating costs. The Federal Reserve increased interest rate prices by 0.25% in March to curb demand in the midst of this hot inflation. This preliminary tightening is unlikely to have had an immediate impact on consumer demand or Q1 of 2022 GDP, but when coupled with upcoming hikes of similar degrees, it means higher costs to borrow, mortgage rates, student loans, and credit card charges.

As a result of the massive drop in U.S. exports, the trade deficit widened significantly, dropping the GDP growth by 3.20%. This large trade deficit can negatively impact the U.S.’ exchange rate – weakening its economic power internationally.  In addition, this has caused the U.S. to enter a period of counter-cyclical inflation, where, since consumer confidence is low, prices are raised, which decreases consumer demand, and this continues in a cycle. Though the government has no further plans except for an interest rate hike, researchers suggest that they should support demand, incentivize firm hiring, and repair balance sheets in the private and public sector to aid the recovery.

At this current stage, if the situation does not improve, the Federal Reserve is preparing to introduce an interest rate hike of 50 basis points, which could cause companies to trim capital expenditures budgets in turn affecting many citizens due to the inflated cost of products and leading to additional political crises. In this case, for example, a $40,000 loan would increase by about $10 a month, or another $600 over the time of a five-year loan. Not only that, but without some form of policy change, the crisis could worsen and cause a recession, though this appears to be unlikely.

Though economists have labeled the Q1 of 2022 shrinkage as not indicative of a future recession, the upcoming 2022 midterm elections have prompted urgency for the Democrats to minimize the economic and political fallout from rising inflation and increased prices of household goods, with the most pressing issue being the increased price of gasoline. In a news conference in April, Senator Maria Cantwell (D-WA) and Representative Frank Mallone Jr. (D-NJ) announced a forthcoming bill to increase the power of federal regulators to investigate prices in the oil and gas industry, promising to crack down on price-gouging amidst soaring gasoline prices. The second proposal, The Gas Price Relief Act, comes from Senators Maggie Hassan (D-NH) and Mark Kelly (D-AZ), who call for a federal gasoline tax holiday through January of 2023. Though the Biden administration has indicated that they are considering this option, many Democrats remain unconvinced and believe that gas companies would raise prices after the tax pauses and pocket the extra profit. Republicans have voiced their own concerns as well. Money from the federal gas tax is currently funding the government’s infrastructure program and losing this key funding will stall the program without a guarantee that consumers will actually see the benefit of the tax holiday. Representative Kevin Brady (R-TX) countered these proposals by calling for a less restrictive drilling policy, resulting in a greater supply of oil and gas and therefore, lower prices. Some Republicans, like Senator Kevin Cramer (R-ND), believe “price itself will [fall] eventually because [high prices] will shrink demand.”

The U.S.’ economy unexpectedly shrank during the first quarter of 2022, the first decrease in GDP since 2020, due to the rise in imports, and subsequent drop in exports, as well as the drop in private inventory investment, exports and government spending; both federal and local. Currently, the Federal Reserve is on track to enact rate hikes in order to lower inflation, but researchers claim that this is not indicative of a recession.

Incorporating a federal gas tax holiday, which was suggested by Sens. Hassan and Kelly, as well as penalizing oil giants, are viable actions that the government can take to solve this economic shrinkage, though they are criticized by both sides of the aisle.