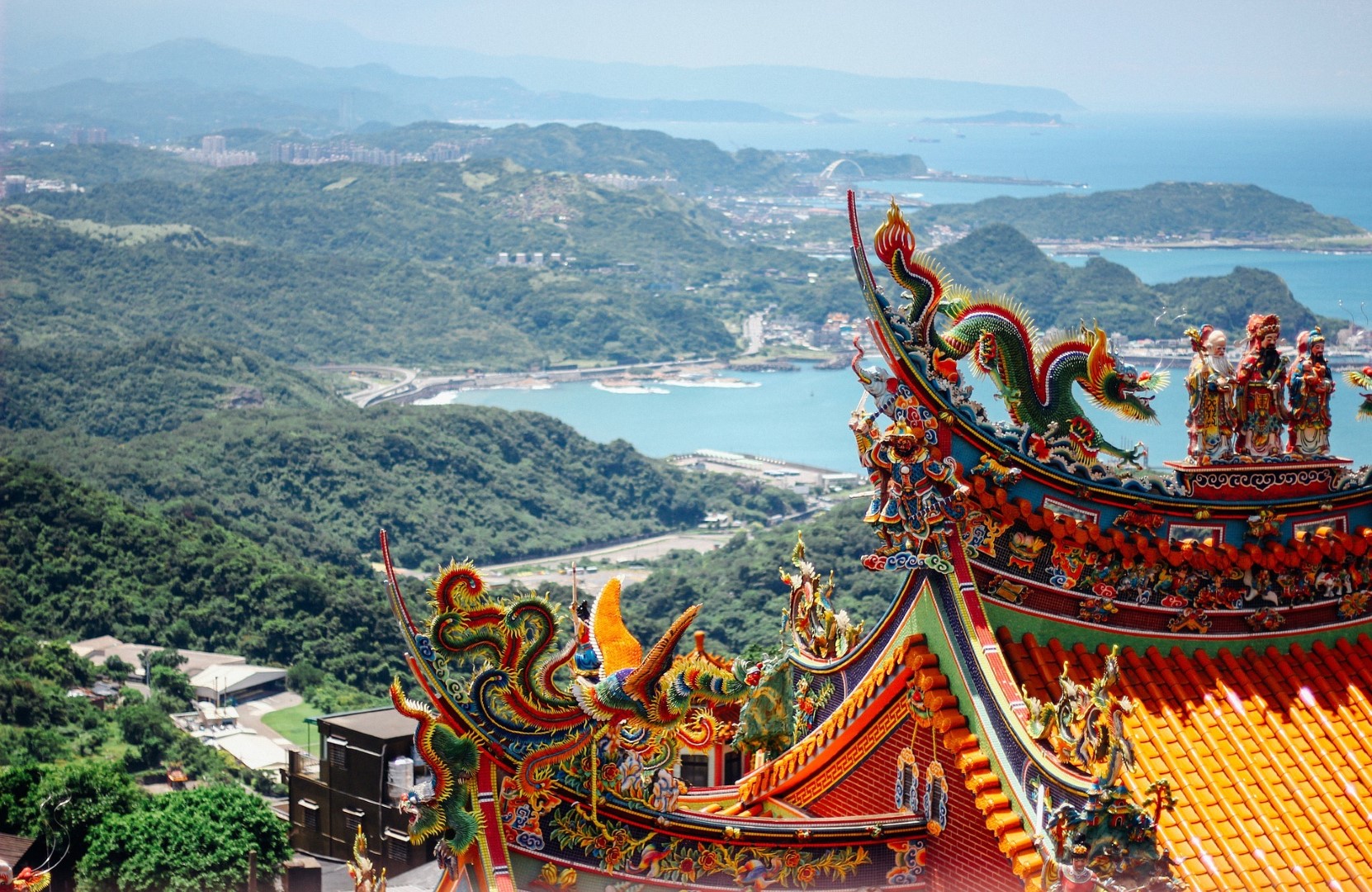 Rising Chinese militaristic threats against Taiwan with demands of reunification have prompted questions of U.S. involvement within the region. Concerned with the ramification of conflict with China, yet unwilling to acknowledge Chinese sovereignty over Taiwan, the United States must navigate a means to balance its interests and peace within the region. This brief explains the history between China and Taiwan and how U.S. involvement has influenced the relationship between these countries. Finally, it analyzes how the United States has approached the looming possibility of war between the two nations and what routes the U.S. should take to mitigate the risk of further conflict.

In 1979, the U.S. severed diplomatic ties with Taiwan in the face of China’s “One China Policy”. Since then, the U.S. has maintained a stance of strategic ambiguity, supporting Taiwan through diplomatic back channels, military support, and arms sales. Prior to the Trump administration, U.S. support had been relatively discrete, so as not to risk harming diplomatic relations with Beijing. However, the Trump and Biden administrations have taken a much stronger stance in their support for Taiwan, leading to strained relations with Beijing.

Modern Taiwan was created in 1949 when then-Chinese leader Chiang Kai-shek and his constituents of the Kuomintang (KMT) fled to the island. The KMT, (also known as the Chinese Nationalist Party) lost a civil war with the Chinese Communists, led by Mao Zedong. Chiang Kai-Shek’s Republic of China (ROC) government claimed to rule the whole of China from the island and was recognized by many foreign powers, even holding control of China’s UN seat until the end of Chiang’s life. Chiang was an ardent anti-communist dictator, who ruled Taiwan with an authoritarian iron fist. After Chiang's death, his son Chiang Ching-Kuo began the process of democratization.  Since Kai Shek’s death, Taiwan’s relationship with the United States and the international community has become far less secure due to the US establishing formal relations with China in 1979 and severing formal relations with Taiwan in the same year.

In 1979, the United States first recognized the People’s Republic of China (PRC), stating that the government of the PRC was the sole government of China under the “One China Policy”. In doing so, the United States de-recognized the Republic of China (ROC), commonly known as Taiwan, but refused to recognize the island under Chinese sovereignty. Thus, the U.S. continued a “robust unofficial relationship” with Taiwan through the selling of U.S. military defense weapons and economic investments within the island. To protect these interests, the U.S. passed the Taiwan Relations Act (1979), which established the American Institute in Taiwan (ATI).

The ATI was formed to maintain ties with Taiwan and prompt peaceful Chinese interaction with the island. While it may seem that the U.S. largely sided with Taiwan, it is important to note that the act only “maintains U.S. ability to come to Taiwan’s defense, while not actually committing to doing so—a policy known as strategic ambiguity.” By doing so, the U.S. avoids the risk of Chinese retaliation but reaps the benefits of commercial ties with Taiwan. Nevertheless, in 1982, U.S.- Chinese disputes regarding the status of Taiwan pushed the United States to ease tension with China through the U.S.-China Communiqué on Arms Sales to Taiwan, in which the U.S. agreed to gradually “reduce U.S. arms sales to Taiwan if the People’s Republic of China maintains its peaceful policy.”

Though the agreement did not solve the core difference between U.S. and Chinese relations with Taiwan, the agreement was enough for the countries to move forward and continue with their own policies. However, concerned with the impact of the agreement on Taiwan, the Reagan Administration issued a statement to the President of Taiwan called the Six Assurances. Within this statement, Regan aimed to relieve Taiwan’s anxieties by reinforcing that the U.S. would not recognize Chinese authority over Taiwan and would not set an end date for the arms sales.

With an unofficial hold in Taiwan, the United States continued to invest in the island, namely its booming semiconductor chip industry. The Taiwan Semiconductor Manufacturing Corporation (TSMC) is “a leading manufacturer in the industry, owning 51.5 percent of the foundry market and producing the most advanced chips in the world.” As such, with Taiwan growing as an economic powerhouse, U.S. interests in the island have grown to manifest into an evolving commercial and security-based relationship, often to the dismay of the Chinese government.

Under the Trump administration, the U.S. deepened its ties with Taiwan. The administration increased the sale of arms to Taiwan, including, among other sales, a $1.8 billion sale in 2020 which included air-to-surface cruise missiles. Under Trump, senior officials were sent to Taiwan, something that prior administrations had not done, and the Navy increased the frequency of its ships sailing through the Taiwan Strait. In 2019, the U.S. opened a new representative office in Taipei, which aggravated China. The administration also approved an $8 billion sale of F-16 fighter jets, which was the biggest arms package in terms of dollars since 1992.

Thus far, the Biden administration has continued the Trump-era policy towards Taiwan and continued to expand the U.S.-Taiwan relationship. The Biden administration sees a close relationship with Taiwan as a way to deter Chinese incursions and strengthen critical supply chains. Biden has also kept the Trump-era policy that has liberalized many of the rules of engagement with Taiwanese officials and has even gone so far as to reopen the talks on the Trade and Investment Framework Agreements (TIFA). Biden has also kept the increased military support that the Trump administration had started. Taiwan is a high priority for the Biden administration, similar to the Trump administration, because of its economic and geopolitical relevance. A Chinese invasion could cause a sustained disruption in the supply chain of semiconductors. This would cripple the U.S. economy and threaten national security.

As tensions and arms build-up intensify, the possibility of military escalation will increase due to the likelihood of miscalculation. When military operations increase in number, the chances for accidental collisions rise as well, creating circumstances that could escalate to a skirmish or a full-blown conflict.  China has recently conducted aggressive incursions into Taiwan’s air defense zone for the self-proclaimed purpose of stability and peace, accusing Taiwan of collusion with foreign forces. In response, Taiwan's defense minister warned China of countermeasures, adding that China will be capable of initiating a "full scale" invasion by 2025, and given the U.S.’s interests in limiting Chinese influence and maintaining the balance of power, U.S. involvement — directly or indirectly — in a China-Taiwan conflict wouldn’t be surprising.

Already, U.S. special-operations units and Marines have been covertly training military forces in Taiwan. Military conflict would not only draw in the U.S. but Indo-Pacific nations as well. Japan, who has previously been silent on the Taiwan issue, has openly vowed “to protect Taiwan ''. Similarly, Australian Defense Minister Peter Dutton asserted that Australia will support the U.S. and its allies in the event of a Chinese military attack. According to a former NSA intelligence officer, a cross-strait conflict would cause significant “casualties for all involved actors, as well as a regional or even global economic depression.”

Furthermore, economic relations between the U.S. and Taiwan have deepened in the past five years. U.S. Secretary of State Antony Blinken indicated that the United States would be resuming its trade dialogue with Taiwan (which was suspended during the Obama Administration), and specifically the Trade Investment Framework Talks (TIFA). Taiwan has likewise viewed closer economic ties with the U.S. as a “strategic benefit” amid its animosity with Beijing.

According to Bonnie Glaser, a Taiwan expert at the German Marshall Fund of the United States, trade talks between Taiwan and the U.S. would draw strong criticism from China. In fact, China has already employed economic pressure on Taiwan through cutting tourism, discouraging free-trade agreements with Taiwan, and banning imports of Taiwanese products. Alternatively, ambitious economic ties between Washington and Taipei signal the U.S.’s commitment to Taiwan’s stability and sovereignty, making the spillover consequences of a conflict even more probable.

It seems apparent that Washington should neither wholesale abandon Taiwan nor engage in serious military buildups on the island, but the level to which the U.S. should test Beijing on this issue is unclear. The Biden administration is presently debating a request from Taipei to rename its office in D.C. from Taipei Economic and Cultural Representative Office to Taiwan Representative Office, resulting in considerable protests from Beijing. Taipei seeks the international legitimacy and recognition associated with the renaming, while Beijing views the move as a clear violation of its One-China policy.

To many, agreeing to a request for nominal changes to administrative buildings would be among the most primitive alliance tasks. If the U.S. is to protect Taiwan from the Chinese military and solidify Taipei’s autonomy, the argument goes, it should be a resounding yes to renaming the office. To others, it’s a dangerous mistake to be avoided. Indeed, the fact that China is unlikely to start a war over office names is “not a sufficient way to measure whether the United States would undertake [the . . . ] policy.” But military responses are not out of the question, as “China [would] interpret the renaming” as an indicator that the U.S. will inevitably recognize Taiwan’s independence, and with “the window for ‘unification shrinking,’” Beijing may be emboldened to use force against Taiwan.

At the point where changing the name legitimately risks military conflict, alternative policy options are largely frozen: even the low-stakes options are too high-stakes. For the foreseeable future, U.S. policy with regard to China-Taiwan will remain consistent (i.e., routine military training, strait patrol, and basic arm sales) without exceeding the status quo until the eruption of a diplomatic flashpoint.

The goal in Taiwan is clear: keep the peace. How exactly the Biden administration should do that, however, is less evident. Generally, keeping to peace requires three commitments:

At no point should the United States look to widen a conflict or escalate an existing war to the U.S. or Chinese mainlands, but preparing for each step in the escalation ladder may prove instrumental to effectively deter against a large-scale war. Notably, such a collapse of relations would not only cost thousands of lives and enact economic catastrophe, but it is far from clear that the U.S. would emerge the victor.

For the world’s benefit, U.S. policymakers should act with great caution ensured by a perennial fear of conflict. “The horrendous global consequences of a war between the United States and China [ . . . ]should preoccupy the [ . . . ] the president.” Though such advice is historically rarely taken, Washington needs to navigate this relationship without its big stick. Erroneously puffing its chest is not a way to protect democracy, but to guarantee its struggle.