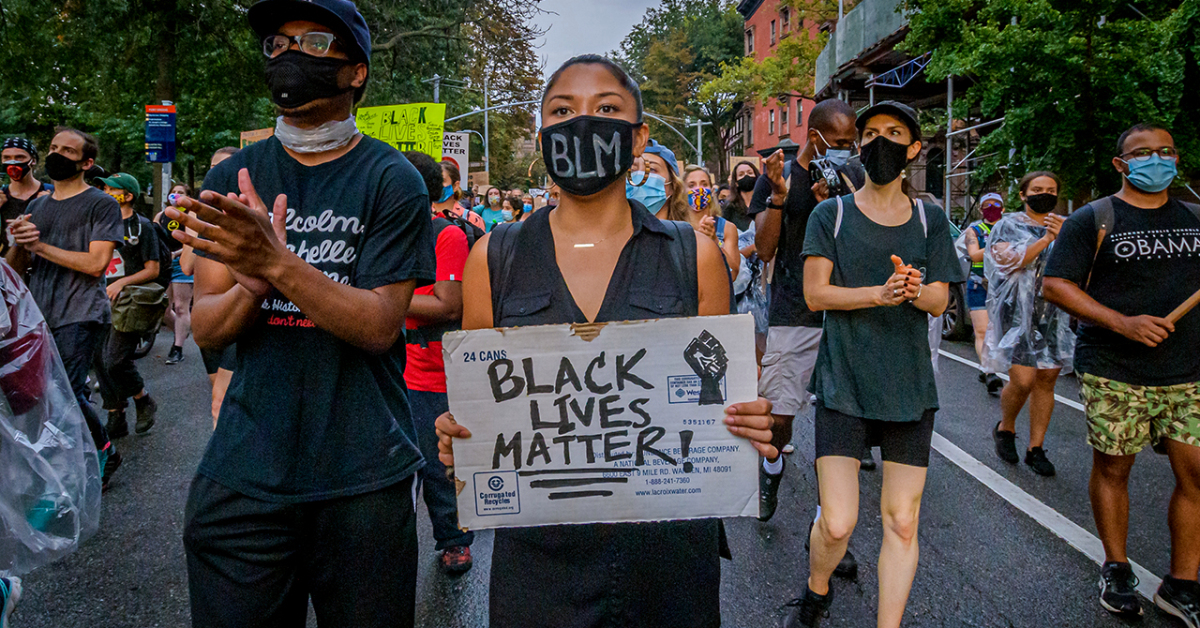 Are Black Lives Really in Danger?

It is a well-known fact that African Americans have always been disprivileged; they have always been looked at and treated differently. In the past, they have been stigmatized as property, trash, less than, and nonhuman. They were scrutinized like this simply because of the color of their skin. If you break it down, the only difference between whites and blacks is skin color. Skin is the largest organ in the body; it is estimated to cover around 2 square meters in surface area. You can change your hair, body, face, and even eye color, but skin can not be changed. African Americans have always been fighting for their rights; nothing was just handed to them. They had to overcome and conquer and died to get fundamental human rights. The same rights that white people were automatically given. They have been given more rights and equal opportunity but were still not equal. Unfortunately, some people will always view blacks as less than, but when that opinion affects an African American’s life, that’s where the problem lies. Recently the Black Lives Matter movement has become more prominent in today’s media. This protest started to get more attention after George Floyd’s death, a black man who had lost his life due to racial profiling and police brutality. The rally does have some strong history behind it; it dates back to slavery and segregation. Those were two of the darkest times in American history.

Slavery is such an incredibly disgusting topic; people are sold, killed, overworked, raped, separated from their families, and beaten, all for white people’s benefits. If an African American was killed, it was not seen as murder but as pure entertainment. Slave owners enjoyed beating and killing and raping their slavers. They viewed them as property and not people.

“Large plantations had field hands and house servants. House servants performed tasks such as cooking, cleaning, and driving, while the field hands labored for up to 20 hours a day clearing land, planting seeds, and harvesting crops.” Cited from (Khan Academy.) As we all know, in a day there are 24 hours, imagine working for ⅚ of that time. Then you have to try to eat the scraps left and get as much sleep as possible. That’s what their day to day life looks like, and then they wake up the next day to do it all over again. Not only is there manual labor involved, but these slaves also got raped and tortured every day.

“Whipping was prescribed for minor offenses, and branding, mutilation, and even death were employed as punishment for more serious transgressions.” Cited from (Khan Academy.) These brutal punishments were inhuman, but for some reason, they were not illegal.

After slavery had ended, segregation had begun, there was a new motto of “separate but equal.” This was a massive step in the right direction, but we still were so far off. “Separate but equal” was formed to keep blacks and whites separated and continue to put down African Americans. Blacks were being released from slaving plantations and were given some fundamental rights. This does not discount from the fact that they still were not given many privileges. Whites would not employ them or sell houses to them, so virtually, they were all on their own. It was hard for them to start a business because they had no money, and banks would not give them a loan. They still had no means of survival whatsoever. The government did fund some things, though; they gave them education, transportation, restaurants, bathrooms, and more. They were all separated by color. Blacks had their area, and whites had theirs. Even water fountains had signed on them saying “White only.” Of course, whites did have much nicer things. Their education was better, their bathrooms, everything was better for them. The government put them first. Brown v. Board of Education ruled that any form of segregation in public schools was unconstitutional. This was another huge step to get to the big goal of equality.

We are almost 57 years past segregation, but does that mean that we are completely equal? No, it does not mean that at all. That is still prejudiced, racial injustice, racial profiling, and so many awful things happening. According to (NAACP) black people make up 47 percent of wrongful conviction exonerations. African Americans are incarcerated in state prisons at five times the rate of whites. They are imprisoned more, not to mention they receive a longer prison sentence for the same crime. “Black male offenders continued to receive longer sentences than similarly situated White male offenders…” Cited from (USSC.)

The only difference again is color, and you can’t control your skin color or ethnicity. Everyone should embrace and look at their ethnic roots and be proud of them, but we as a community continue to put blacks down and look at them differently. The whole Black Lives Matter movement was made to bring awareness to the impact of racial injustice. It tries to demonstrate the inequality and injustice brought upon others.

To answer my main point, black lives are very much in danger. There are still lynchings and hate crimes against them. I can’t emphasize enough how absurd hating a race is because of skin color, race, or ethnicity. We all should be equal; we all bleed red; we are all humans and people and society members. Our country would be so much more powerful if we all banned together instead of fighting against each other. We see this apparent racial injustice and still choose to disregard it or brush it off our shoulders. It’s time we step up and continue to take action and fight for what is right and ethical. Its basic human decency to not put down an entire race because of skin color. You decide to help join together in a united force and view everyone the same way. Let’s all try to stand together and remember that Black Lives Matter.