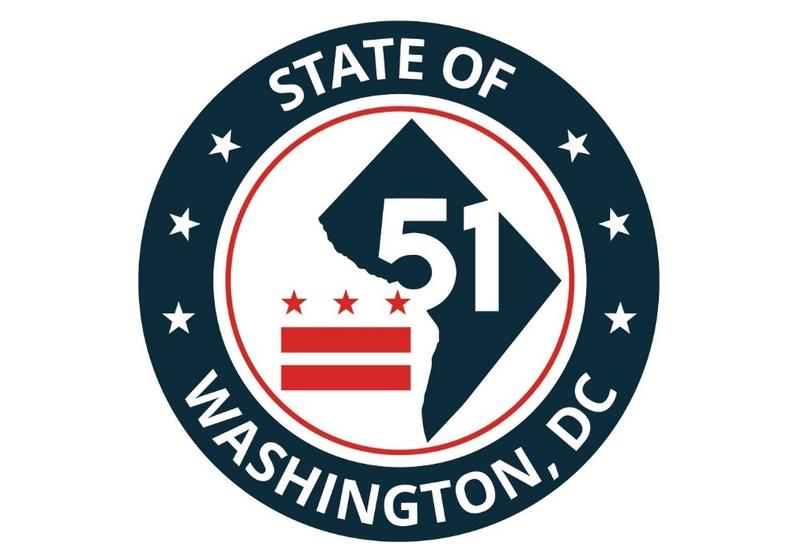 D.C. Deserves To Be A State

The political climate of the United States has polarized nearly all aspects of the government. Policies focused on climate change, actions to handle the COVID-19 pandemic, laws aimed at combating gun violence - these issues have been the focal point of discussion in recent years. Amid the chaotic American polarization, there has been a lack of attention to the proposition of granting D.C. statehood. From the Reconstruction Era after the American Civil War, the prospect of D.C. becoming a recognized state has floated under the radar of conversation. Despite several candidates in the 2020 Presidential race touching upon the issue, it has continued to be swept under the rug. It’s time to talk about D.C. statehood.

National political talking points continuously shift throughout the years, yet current activists for D.C. statehood are helping to bring the issue more attention. A group called the 51 for 51 is currently fighting for statehood and to abolish the Senate filibuster (51 for 51). The main reason for granting statehood that the group emphasizes is voter suppression, which is rooted in the errors of the Reconstruction Era.

In 1867, President Andrew Johnson vetoed a bill that granted D.C. adults -including black men - the right to vote. Congress, however, overrode the veto, subsequently granting a large amount of political influence to African Americans in D.C. Inconveniently, as soon as black voters started exercising their rights, the US Congress replaced the District's territorial government with three commissioners appointed by the President. This essentially disenfranchised a newly politically active African American community.

Senator John Tyler Morgan of Alabama explained in 1890, “After the negros came into this district [it became necessary to] deny the right of suffrage (the right to vote) entirely to every human being.” In layman's terms, what he shamefully meant by that statement was essentially, “[it was necessary to] burn down the barn to get rid of the rats.”

A lot of people who debate against granting D.C. statehood would argue that D.C was declared a district of the United States and that is how it should stay. They would also assert that because this has been talked about for so long with few results, this is a reason to be skeptical. Typically, people who oppose this are people who identify as Republicans, conservatives, or right-leaning people. This is because of the political dynamic of D.C. The District of Columbia is significantly Democratic, and Republicans would argue that granting D.C. statehood would affect the dynamic of our elections and influence which party takes control of the Senate.

If we granted D.C statehood, that would mean we would have to elect two more senators to the United States Senate. With D.C. being a majority Democratic area, there is a pretty confident assumption that the two senators that would represent D.C. would be primarily Democratic. This is what leads to a lot of debate. However, leaving specific parties out of the debate, this decision would have a great impact on how our government looks. For example, instead of having 100 senators in the US Senate, we would have 102. Using the dynamic of this year's Senate, we currently have a senate that is split 50/50: 50 Democrats and 50 Republicans, leaving the vice president to break the tie in a Senate vote. We of course know that our current vice president, Kamala Harris, is a Democrat who would break a Senate tie.

However, if D.C were currently a state, assuming they elected two Democrats, the Senate would not have to rely on a vice president to break the tie, as there would be 50 Republicans and 52 Democrats. That would be enough to give the Democrats a majority on most issues. However, as we know throughout history, the Senate never looks the same every year. This would not automatically make the Senate substantially Democratic. It is fairly rare to have a 50/50 split. Most of the time there is a moderately significant majority in the Senate. Adding just two more seats would not jeopardize the majority very much at all. However, focusing on this supposed “partisan advantage” goes completely against the democratic process and directly reflects voter suppression by denying a population representation in the government.

Another reason that DC deserves to be a state is that D.C has the population and revenue to be considered a state. Recent events have emphasized the severe consequences of the lack of jurisdiction and resources in D.C. in protecting its population. This was shown by the D.C. mayor’s inability to stop the National Guard from attacking peaceful Black Lives Matter protesters outside of the White House during Trump's photo-op at St. John’s Church in D.C. We sadly also saw this lack of jurisdiction during the terrible insurrection at our Capitol Building on January 6th. As we saw, D.C. had very limited options for protecting the Capitol during the invasion of our Capitol by a mob of Donald Trump supporters.

D.C. is the home to the center of our democracy and it doesn’t even have the resources to defend it. This lack of resources led to the death of five people that day and two by suicide over the next few days.

In terms of population, D.C is the 20th largest city in the United States and has a population of 700,000+ Washingtonian people. That is larger than the states of Vermont and Wyoming. D.C also pays higher local and federal taxes than 22 other states and the highest per-capita of any state in the United States. This is because its current status as a district makes it so there is no say in how those tax dollars are spent.

D.C. is also the only political and geographic region in the United States that allows its residents to uphold the duties and responsibilities of United States citizenship, including voting, taxation, and selective service registration. Yet D.C. residents do not share the full level of this country's rights or the privileges of citizenship to its population. The residents of D.C. hold the same responsibilities as other residents and populations in the United States, yet are still represented and treated as second-class citizens. Our founding fathers intended this country to be inclusive, not excluding over 700,000+ people from having the same rights as everyone else in this country.

The Constitutionality Of Granting Statehood

The Supreme Court proposed a clause that has given control over the District of Columbia to Congress. Congress has the power to make decisions on behalf of the District. This, however, creates a problem in terms of spreading legislation for D.C. Once an area is given statehood, it will be permanent and cannot be revoked. However, many people highlight the fact the Congress has already given up part of D.C. and can redefine borders. Congress gave back portions of the district that were ceded from Virginia in 1846, now called Alexandria and Arlington. The ability to redefine boards and relinquish or redirect control over D.C. remains a changeable theory.

With these ideas in mind, one of the biggest ways in which we will be able to grant DC statehood is through an amendment. Now, creating amendments is very difficult. With the amount of partisan divide in today's politics, finding bipartisan support for a vote on a new amendment will be extremely difficult - but never impossible. History has never been made by playing it safe.

Several questions must be answered in the proposition of granting D.C. statehood. Nevertheless, it is clear that if D.C. is to be declared a state, it would be the first and only majority African American state in the United States. It is also apparent that D.C. is both financially and fiscally capable of performing all the duties of a state. We know D.C. citizens have been suppressed from the lack of statehood, we know D.C. is capable, and we know politicians are willing to focus on this issue. Most importantly, we know that granting D.C. statehood is not only entirely constitutional but entirely possible. That is why we must declare D.C. a state.

“So You Want To Talk About DC Statehood.” Instagram , 22 Jan. 2020, www.instagram.com/soyouwanttotalkabout/?igshid=1tifkp5g8xong.

R., Hewitt. “D.C. Statehood: Not Without a Constitutional Amendment.” The Heritage Foundation, 1993, www.heritage.org/political-process/report/dc-statehood-not-without-constitutional-amendment.

My name is Braiden McElhaney and I have been researching politics for over 2 years. I no longer, but previously did volunteer for my local county’s Board of Elections. I am a Student Senator at Jamestown Community College in Jamestown, NY. I am an online social media political influencer and activist. I have participated in community outreach in what is now called Scouts of America and as an Eagle Scout. I have also volunteered for the Joe Biden Campaign. I am also a 2026 New York State Senate Candidate for the 57th District of New York. I believe that our country is in desperate need of growth and reform. I believe that human rights are at stake and the aspects of government that are implemented right now will affect the livelihoods of Americans for generations! Young people need to get involved as we are the future of this world and it is time to step up and make the change that we want to see.